Following Jonas Folger’s declaration not to contest in 2018, the entire Monster Yamaha Tech3 was trying to find the best solution to replace the German, thereby evaluating available riders. Finally, the French-based squad is very happy and proud to announce, that Hafizh Syahrin will be their second MotoGP rider this season, alongside Johann Zarco.

After having impressed everyone with his rapid progress, his high motivation and his extraordinary learning curve during his first ever test aboard the Yamaha YZR-M1 last week in Buriram, Thailand, Monster Yamaha Tech3 is eager to continue the great work together with the talented Malaysian youngster.

“I’m incredibly delighted after receiving the good news, that I will ride with Monster Yamaha Tech3 in 2018. Following three very interesting and great days of testing in Buriram, where I learned a lot, I want to thank my crew again, especially Nico and Maxime, but also Johann and Laurent for their advises. In just a short time, I really learned to fully control a MotoGP bike, which is still unbelievable for me. I’ll try to do my best and will give all I have this year. I want to thank Hervé, Yamaha Motor Corporation, Monster and the entire Tech3 team to believe in me and giving me this fantastic opportunity to compete full season in MotoGP. Thank you to my family, that always supported me to make this dream come true, especially my father, plus thanks to my fans and of course to Razlan. I’m looking forward to test again in Qatar and I’ll be even more motivated. Honestly, I can’t wait for the season to start. I’m just overwhelmed!” 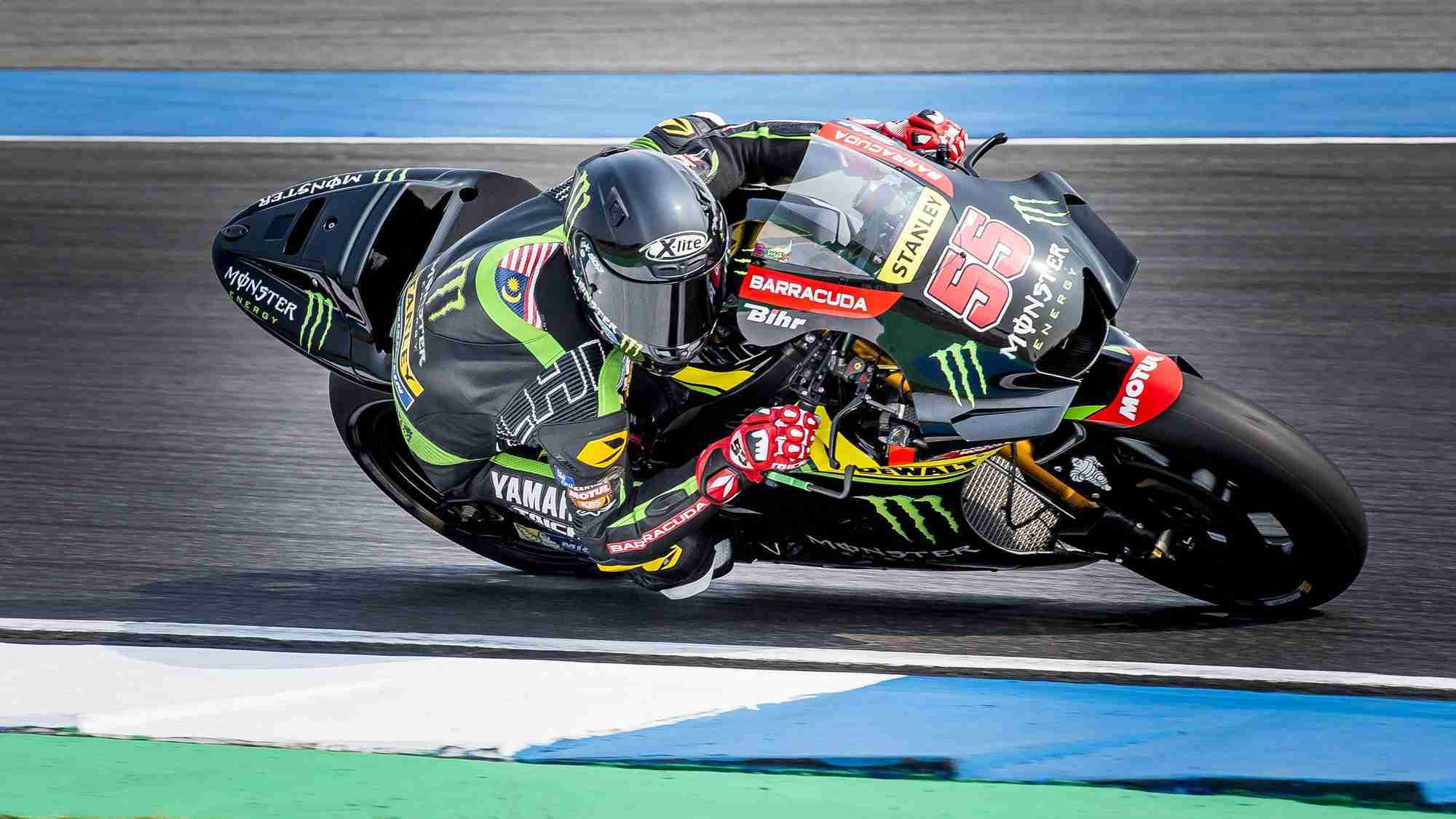 “The recent test in Buriram was already history made for Hafizh. This official announcement of Hafizh competing the full season with Monster Yamaha Tech3 team is the biggest announcement and achievement for a Malaysian rider after more than 26 years of Malaysia hosting MotoGP. It is also a fantastic news for the Asian region. I must thank Hervé Poncharal for this opportunity, his faith and confidence in Hafizh. We will now hand over Hafizh in his good care for him to be developed into a better, competitive and complete MotoGP rider.”

“I’m really happy to announce that Hafizh Syahrin will be the second Monster Yamaha Tech3 rider alongside Johann Zarco. It’s been a tough time since we heard from Jonas Folger, that unfortunately he decided not to race in 2018 in order to look after his health and try to fully recover. It has been a long process to find somebody, who could be the one. In Sepang I met Razlan Razali, we were just chatting and now and then you have crazy ideas, which are sometimes the ones that bring the best result. I would like to thank Razlan Razali for his passion, his contagious energy and the involvement he has for MotoGP racing and for the sport in general, plus to support Hafizh Syahrin to climb the last step to the premier class. We had to convince all the people around us, that Hafizh is going to be a good MotoGP rider. Therefore, we had to give him a tough task during the three days of testing in Buriram. In the end, he did a tremendous job, he fulfilled the mission. Yamaha was more than happy with his performance and the whole Tech3 team was delighted. I am very honoured and proud to give him this chance and I know this is going to be something historical, because it’s the first time that a Malaysian rider is racing a full season on a MotoGP bike and we know how popular our sport in this part of the world is. I want to tell Hafizh: Welcome in our family! We will take care of you like our son and I’m quite sure we can have a great season. You can learn from the team, from Johann. Thank you for your enthusiasm and for your involvement. I can’t wait to be in Qatar with you on our bike.”