Chinese owned Italian bike brand Benelli has started its second innings in the Indian market after severing its earlier partnership with the financially troubled DSK Group and shutting down all operations here. Benelli India has now tied up with Mahavir Group based in Hyderabad sometime earlier and Benelli bikes will be distributed by the Mahavir Group’s subsidiary Adishwar Auto Ride India (AARI).

The company already has 15 dealerships and is aiming at setting up 25 more dealership outlets throughout India by March next year. Benelli India has re-launched its TNT 300 model in the country at INR 3.50 lakhs (ex-showroom) along with the TNT 302R model at INR 3.70 lakhs (ex-showroom). The TNT 600i has also been re-launched at INR 6.20 lakhs (ex-showroom). Benelli is India’s first superbike maker to offer a 5 year unlimited kilometre warranty as a standard offering. Bookings are already being taken throughout India for these re-launched models for an initial payment of INR 10, 000. Deliveries are slated to commence from the second week of this month.

Benelli is also planning to introduce the TRK 502 Tourer and Adventure bikes in the Indian market by Q1 2019. The TRK range will help Benelli tap the fast-growing adventure motorcycle (mid-capacity) category. Benelli and its customers went through some trying times in 2017 due to sudden stoppage of its operations. However, it is now aiming to offer solid after sales services in the country and has confirmed service schedule changes. Benelli has stated that revision of service intervals to 6, 000 km or 6 months from 4 months or 4, 000 km has enabled lowering of service costs by a whopping 34%. This benefit will also apply to other Benelli motorcycles like the TNT 899, TNT25, TNT 600GT and TNT R. 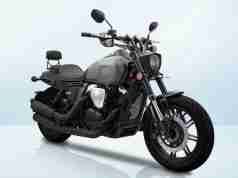