HMSI (Honda Motorcycle & Scooter India) is commemorating sales of 40 million units cumulatively over 18 months, making it the fastest two-wheeler entity in the Indian market to achieve this feat. The 10 million mark was achieved in 11 years while the next 10 million units came in only three years after this. The next 20 million units were sold in only four years which is a testament to the popularity of the brand.

Minoru Kato, the President & CEO at HMSI, stated the company is honoured at 40 million customers placing their belief in the brand in a short period of time. Honda has always strived to delight buyers with premium products according to him. The Senior Vice President, Sales & Marketing, HMSI, Yadvinder Singh Guleria, stated that Honda 2Wheelers feels proud and delighted to have offered more than 40 million two-wheeler models to customers. He added that with a fast growing network, top-notch customer service and a comprehensive line-up of bikes and scooters, Honda will continue striving to delight buyers in the near future.

In the years between 2001 and 2011, the Honda Activa became a hot-selling proposition and the company then forayed into motorcycles with the 150 cc Honda CB Unicorn and CB Shine 125 cc motorcycle. The CBS (Combi-Brake System) was also introduced by the company in the year 2009. Between 2011 and 2018, Honda scaled up production to 64 lakh units per annum from 16 lakh units per annum via its four manufacturing plants. The company forayed into mass motorcycles with the Dream Yuga and built a technical centre in India. Honda also started manufacturing big bikes here with the CBR 650F and later introduced the Africa Twin. The Activa is the country’s top-selling two-wheeler and the CB Shine motorcycle has crossed 70 lakh units in sales volumes. 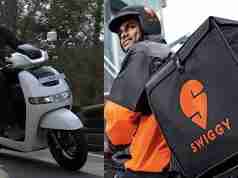 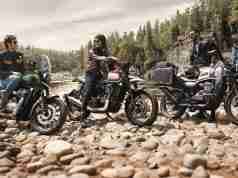 Yezdi is back with 3 new motorcycles! A detailed look