Suzuki’s V-Strom series has won the hearts of riders around the world and established itself as one of the leading names in the adventure motorcycle segment since the V-Strom 1000 debuted in 2002 and the V-Strom 650 joined the line-up in 2004. Recently Suzuki launched a mini version of this successful V-Strom series internationally called the Suzuki V-Strom 250.

Suzuki claim that the 248 cc parallel twin engine that powers the V-Strom 250 has undergone thorough analysis and optimisation to maximise low- to mid-range torque and provide a powerful ride that features ease of control. The overall efficiency achieved also helps realise high levels of fuel economy and clean performance. With a full tank of fuel, the V-Strom 250 should have a riding range of over 450 kms. But a point you should remember is that we are already familiar with this engine. Yes, this is pretty much the same engine that came on the Inazuma 250. And we know for sure that while build quality and reliability were top notch, the one thing it did not do was – excite. The official engine spec is – Power – 18.4 kW (25 Ps) @ 8000 rpm and a Torque of  23.40 Nm @ 6500 rpm. 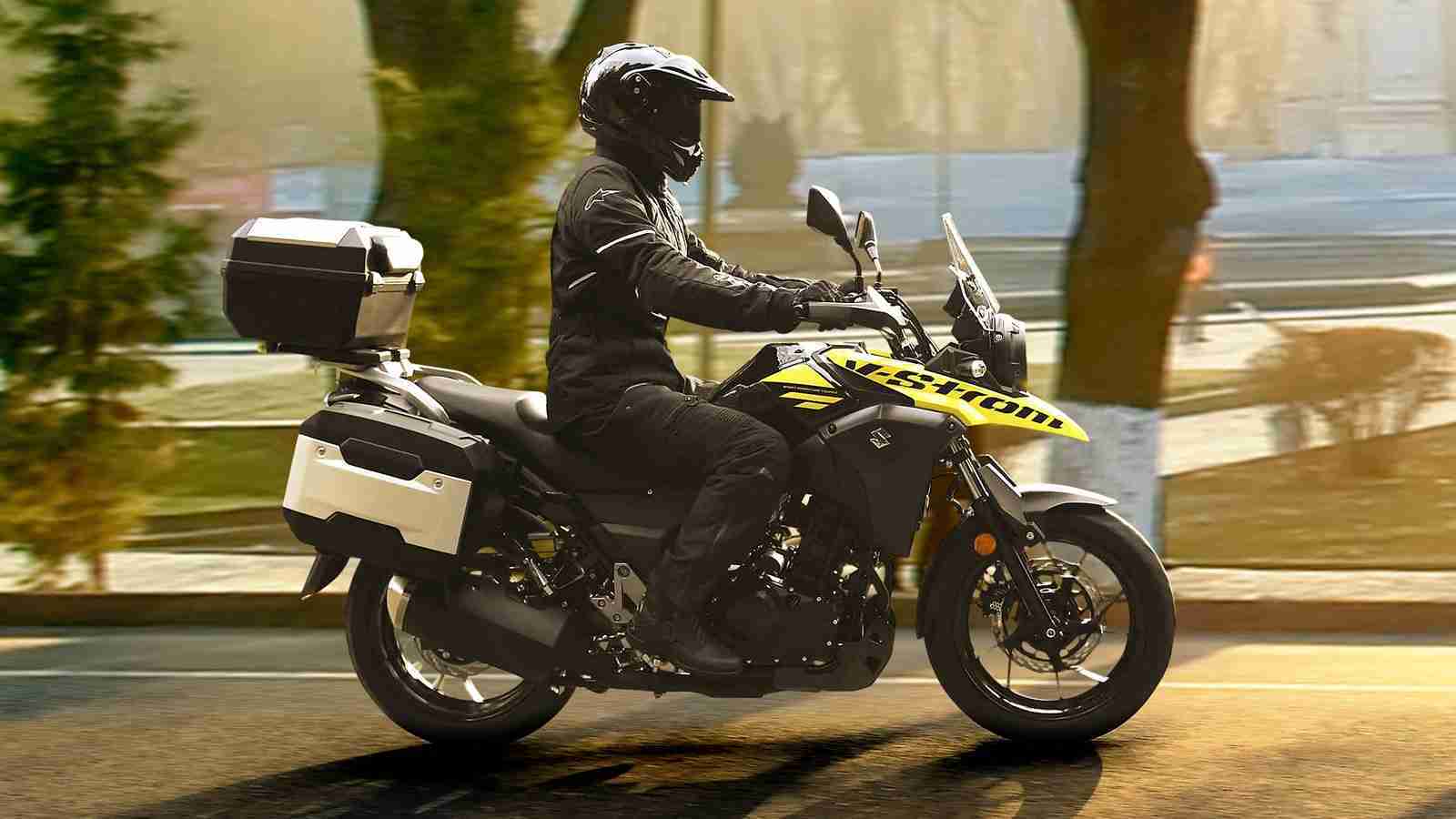 There are the good bits though. First of all, it looks the part and is pretty much on par with expectations when it comes to equipment. The newly designed 10-spoke wheels, the same adventure DNA as its V-Strom brothers, with design cues such as its rugged body lines and solid stance, the yellow colour scheme and the distinctive ‘beak’ paying tribute to Suzuki’s famed DR-Z and DR-BIG desert racers; will surely make you give it a second look.

Stopping power is provided by petal-type front and rear disc brakes. An Antilock Brake System (ABS) made by Bosch is also equipped to deliver yet greater confidence and control.

The Suzuki V-Strom 250 also protects its rider from the elements with a compact windscreen that benefits from repeated wind tunnel testing to optimise its shape, providing highly effective shielding for a more comfortable ride. It also sports a reverse-lit LCD instrument panel which has readouts for the speedometer, tachometer, gear position and RPM indicator, odometer, dual trip meters, fuel gauge, average fuel consumption and oil change timing indicators, and a clock. 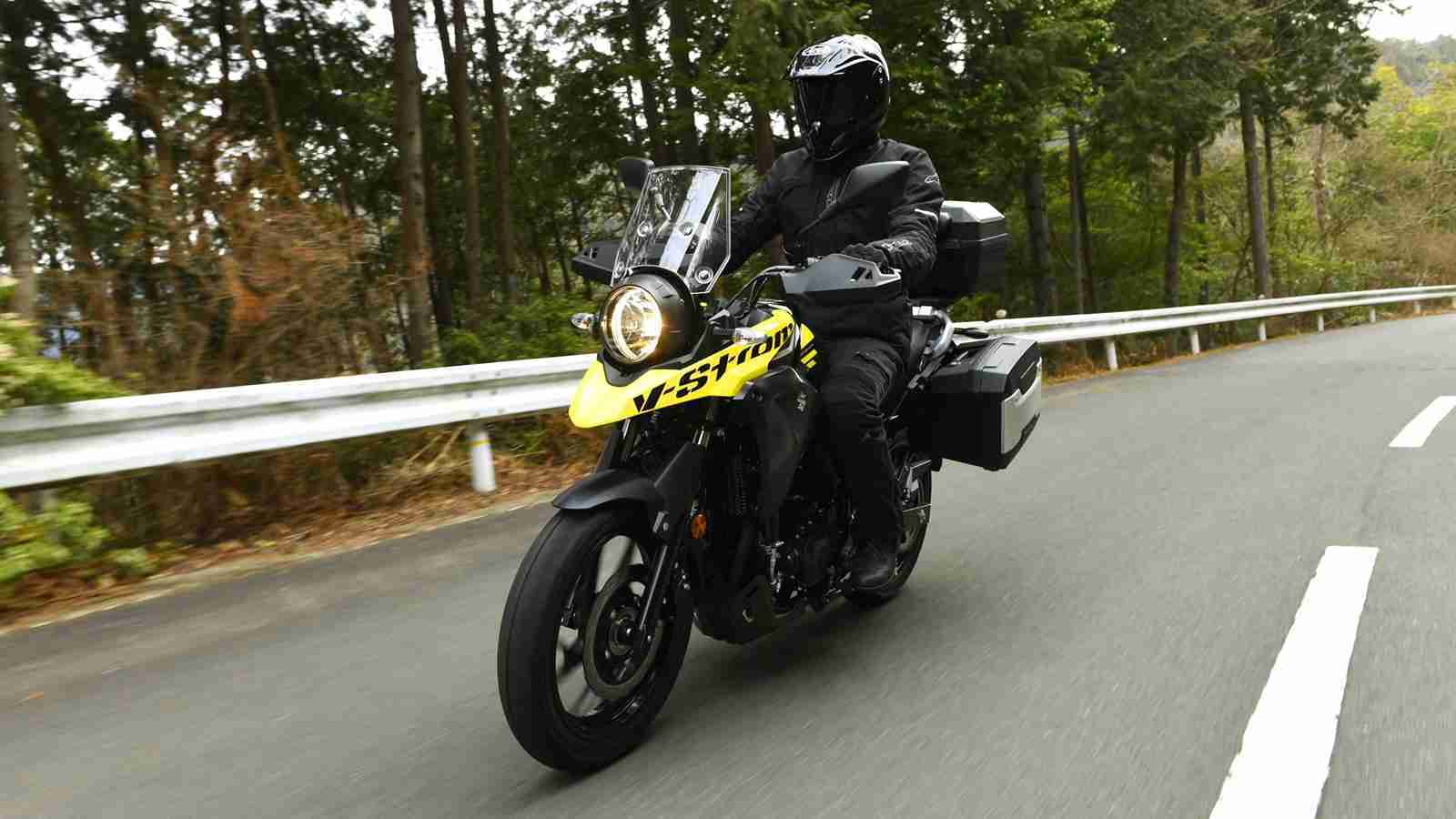 But the truth of the matter is that, the Suzuki V-Strom 250 will honestly be too little too late if launched in India. Put in a 400 cc mill that churns out about 35 HP in this and make it here in India. Then we could see it priced at about 2-3 lakhs making it a contender. But it would still have to contend with the existing Himalayan and upcoming motorcycles like the BMW G310 GS, Benelli TRK 502 and possibly even a KTM 390 Adventure. So, yes, I think this one is dead even before the guys at Suzuki think about launching it here.