Triumph Motorcycles has unveiled the fully restored bike that Hollywood legend, Steve McQueen, rode in The Great Escape. Revealed at the gala opening of Triumph’s all-new Factory Visitor Experience in Hinckley, Leicestershire, the renovated model is responsible for the most famous motorcycle stunt in movie history, in which McQueen’s “The Cooler King” attempts to jump the fence into Switzerland from Nazi occupied Austria.

The Triumph TR6R 650cc twin still boasts 95 per cent of its original parts, made all the more remarkable by the fact that, following the film, the now priceless bike was used by a farmer to herd cows and then left stored in a barn for decades.

The 54-year- old motorcycle underwent an intensive, four-week restoration process, meticulously adhering to the bike’s original 1962 specification to preserve a true icon of the silver screen. 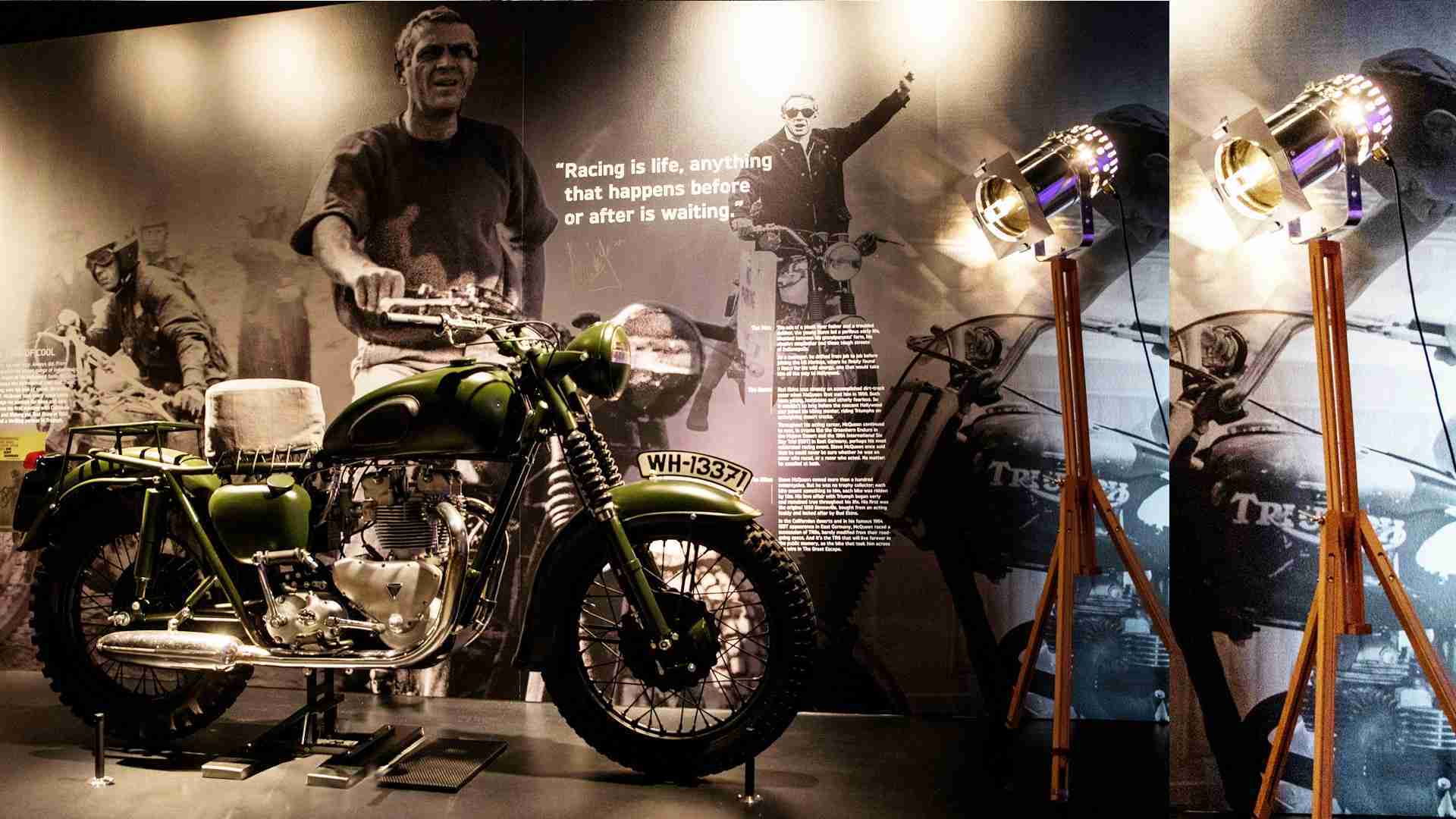 Paul Stroud, Chief Commercial Officer, Triumph Motorcycles, said: “Triumph Motorcycles is iconic around the world for its long history of performance and engineering excellence – there is no doubting that one of the most well-known bikes is Steve McQueen’s Triumph TR6R. We are delighted to be able to unveil the bike as the centrepiece of our all-new Factory Visitor Experience. This is a privileged opportunity for visitors to the facility to see this instantly recognisable bike in all its original glory.”

Triumph Dealer and off-road racer Ken Heanes was originally asked to build the TR6R specifically for the movie by stunt rider Bud Ekins, who McQueen had invited to supply the bikes and complete the iconic jump. This required it to have much stronger front forks, which remain alongside the original exhausts and rear tyre – two of the rarest parts still present. 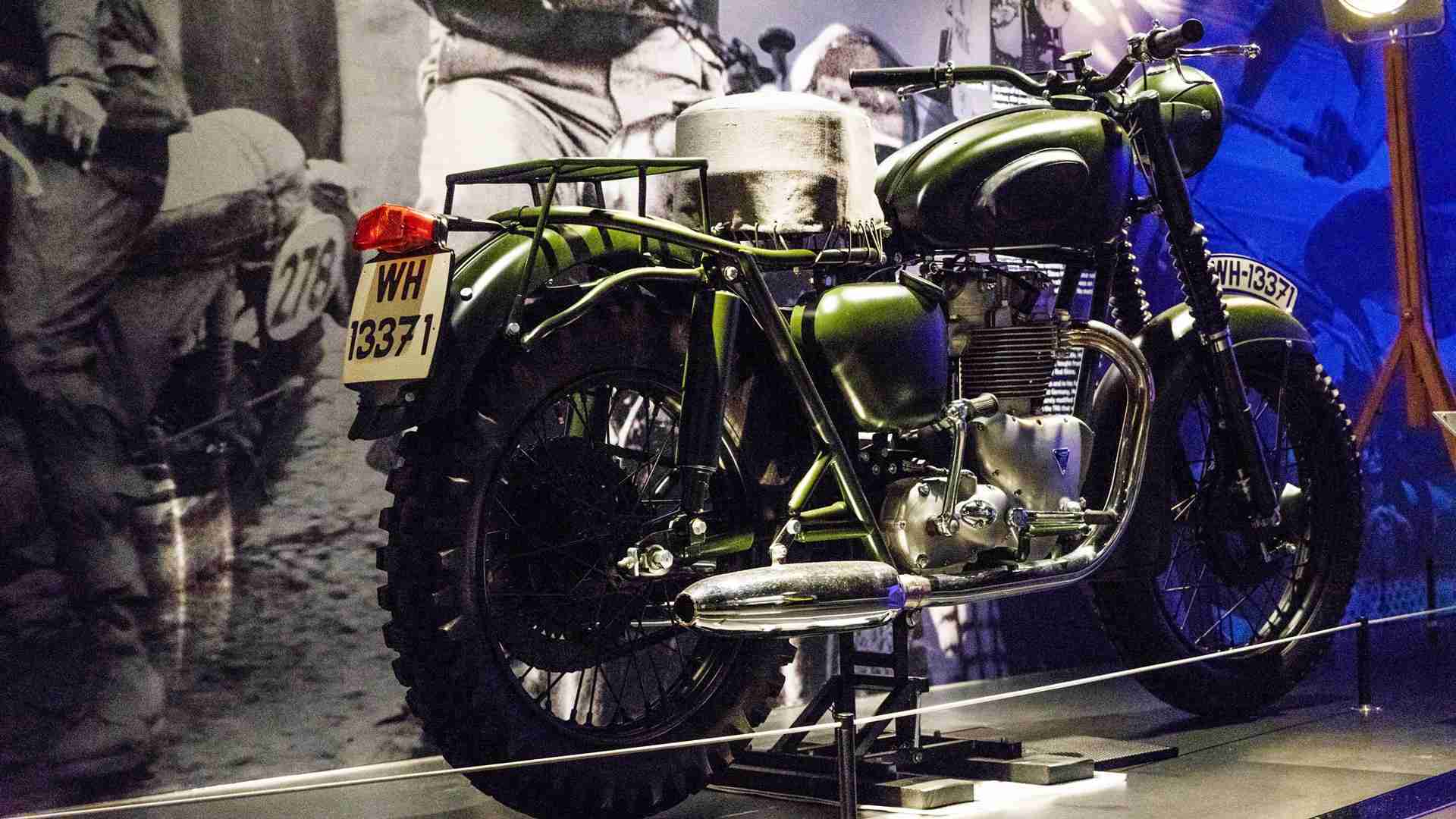 The bike also sports key marks and dents from the time of filming, which were left for added authenticity. The original front mud guard has survived following extensive restoration work, while the engine was also completely stripped down and rebuilt.

The original paint mix has been used to refresh the British Army Green colour scheme that, remarkably, was given to the bike by mistake ahead of filming in 1962. Three Triumphs were prepared for the movie, two of which had the correct German Army Grey, while this unique TR6R still retains the wrong shade.

McQueen’s bike has been loaned back to Triumph by Dick Shepard, one of the world’s foremost Triumph collectors, and leading authority on historic Triumph Motorcycles. He purchased it from a former employee of the farmer, who was given it when his employer died.

Shepard did the majority of the bike’s restoration in his own, purpose-built Triumph workshop, while the paintwork was completed by a specialist. The TR6R will now take centre stage in the Triumph Factory Visitor Experience, where it will feature alongside a number of cherished models from the brand’s storied past. This includes Triumphs very first model from 1902, the Speed Triple ridden by Tom Cruise in Mission Impossible 2 and the latest Moto2 test race model..Visitors will also get to see a 1919 Triumph Trusty, which was used during The First World War and a 1959 Bonneville, which was launched as the fastest production road bike in the world at the time. Other classics include the Hurricane X75, T595 Trident and ‘94 Speed Triple.