Kevin Schwantz’s 1989 Pepsi Suzuki RGV500 is to be restored to full working order at this year’s Motorcycle Live – which takes place from 18-26 November at the NEC in Birmingham – as part of the Japanese manufacturer’s presence at the annual event.

The iconic Grand Prix machine will be completely stripped, before being carefully and meticulously restored by Team Classic Suzuki chief mechanic Nathan Colombi. The restoration will be supported by Suzuki’s Vintage Parts Programme.

1989 was arguably Schwantz’s best season for results, with only crashes preventing him from lifting the world title. He finished either first or second in every race he completed that season, taking six wins and a further three runner-up finishes. He would eventually lift the world title for Suzuki in 1993. The Texan was named a Grand Prix legend in 2000. 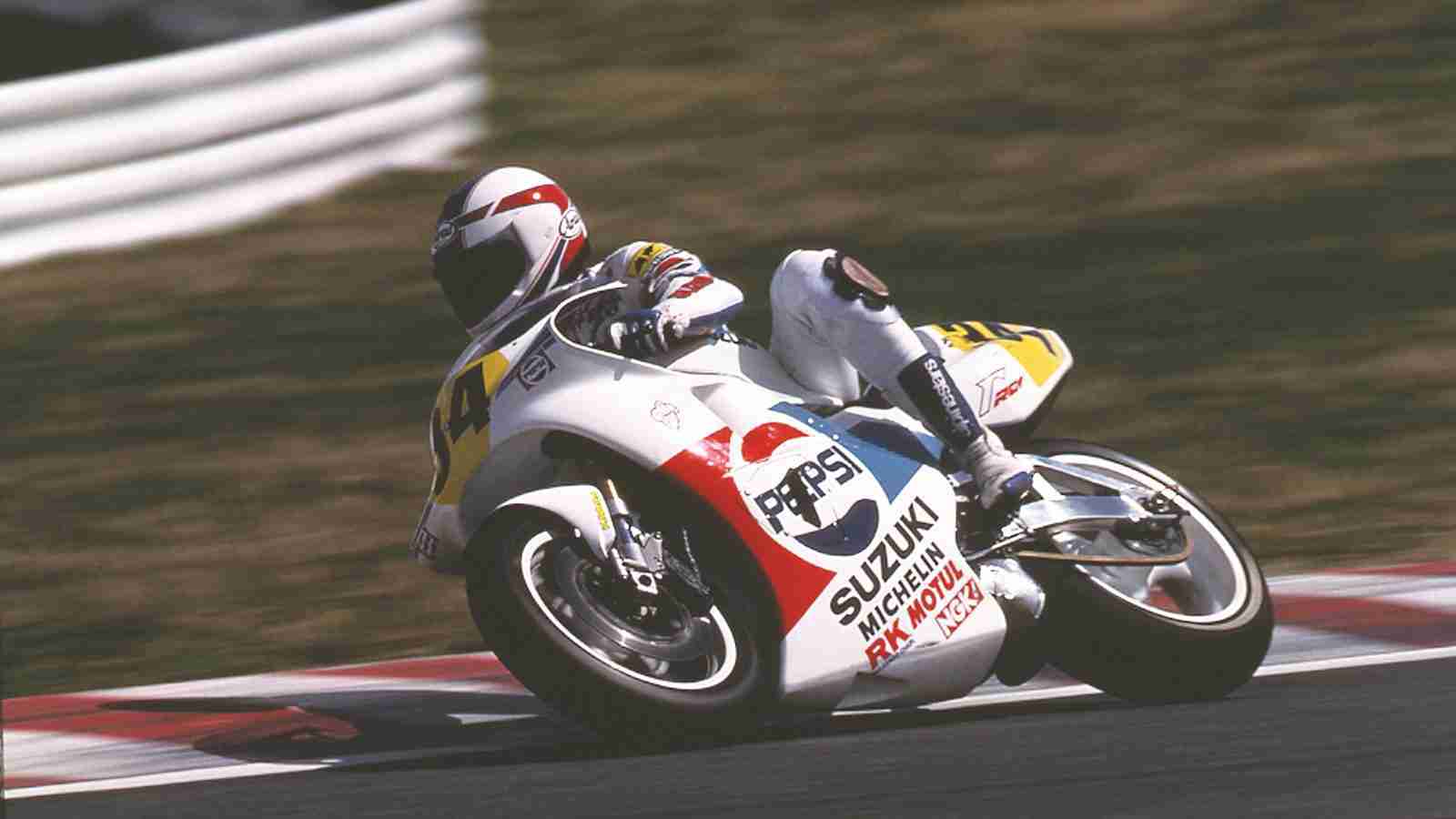 Suzuki restoration projects or builds have become a mainstay of the Motorcycle Live features list in recent years, and after the Vintage Parts Programme was launched at the 2013 event, Suzuki has gone on to build a brand new TL1000S, restore an original GSX-R750F, and build Team Classic Suzuki’s Katana endurance racer at the last three shows.

Suzuki GB aftersales marketing co-ordinator, Tim Davies, said of the project – “Kevin Schwantz is still, undoubtedly, a legend among motorcyclists in the UK; we saw that with his presence at British Grand Prix at Silverstone earlier this year. For us at Suzuki, it’s no different, either, and his 1989 RGV500 is an iconic machine that we’re looking forward to restoring. We’ve built or restored a number of bikes at Motorcycle Live in recent years but this is the first time we’ve restored a legendary racing machine like this. It’s a new challenge, and also something different for visitors to the show, while still allowing us to highlight just how many genuine Suzuki parts can be ordered through the Vintage Parts Programme.”

The restoration of Schwantz’s RGV500 won’t be the only feature on the Suzuki stand at Motorcycle Live, with the popular ‘elbow down’ feature making a return.

Suzuki’s extensive 2018 model range will be available for show-goers to explore and try for size, along with a display of race bikes that will include Michael Dunlop’s Isle of Man TT-winning GSX-R1000, while free teas and coffees will be served from on the stand for visitors who want to take a break from walking the halls. The Suzuki Shop will stock the latest lines in Suzuki merchandise and clothing.