The Indian Scout Sixty is very similar to the original Scout except for 2 major changes. The first is that, it now has a slightly smaller engine and the second is that, it loses a gear and is now a 5 speed gear box. Other changes are mainly cosmetic, to give it a more basic look, essentially less chrome.

Now, you might be mistaken to think that the Scout Sixty is a small motorcycle due to its bare bones look, especially from the front. But swing around and then you will see the low flowing lines, the chrome exhausts and the really long wheelbase. It is in fact the exact same size as the Scout. 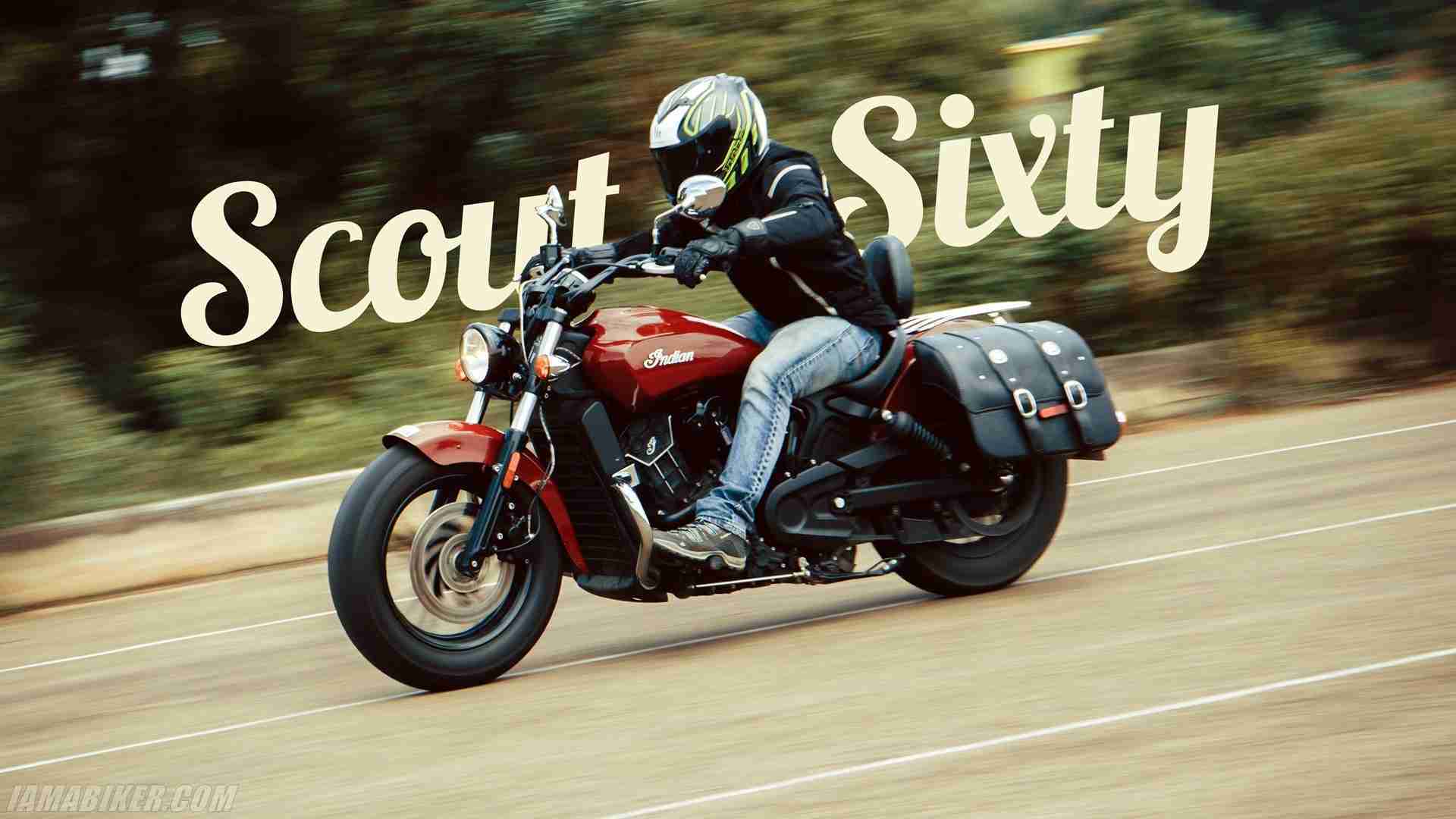 Like I said earlier the smaller engine (down from 1130cc), now of 999cc produces 78 horses of power and 88.8 Nm of torque. I was a bit sceptical about the 5 speed gear box and expected the Scout Sixty to run a bit stressed in top gear because of this change. But what the company has done is remove the 5th gear, so essentially the cruise gear remains. This enables the Indian Scout Sixty to cruise at just above 100 kmph at a mere 3300 RPM. The ECU of course also runs a new map for the revised engine.

The zero to hundred is dispatched in about 5 seconds and it will easily go above 180 kmph. But the Scout Sixty is best at the 110 kmph cruise. This V Twin which is assisted by fuel injection and liquid cooling and controlled by a ride wire throttle just loves the mid range and it sounds the best in this range as well.

If I were to describe the 60 degree V-Twin in one word it has to be – refined.

Fuel efficiency wise the Scout Sixty returned a surprising 20 plus figure. A 999cc Twin doing that sort of numbers. I am impressed!

There is a bit of heating but most of it was from the exhaust pipes which slot on below your right thigh.

The seat is quite low slung at 643 mm and with the legs stretched forward while seated it ensured I was comfortable. Foot boards are missed though. 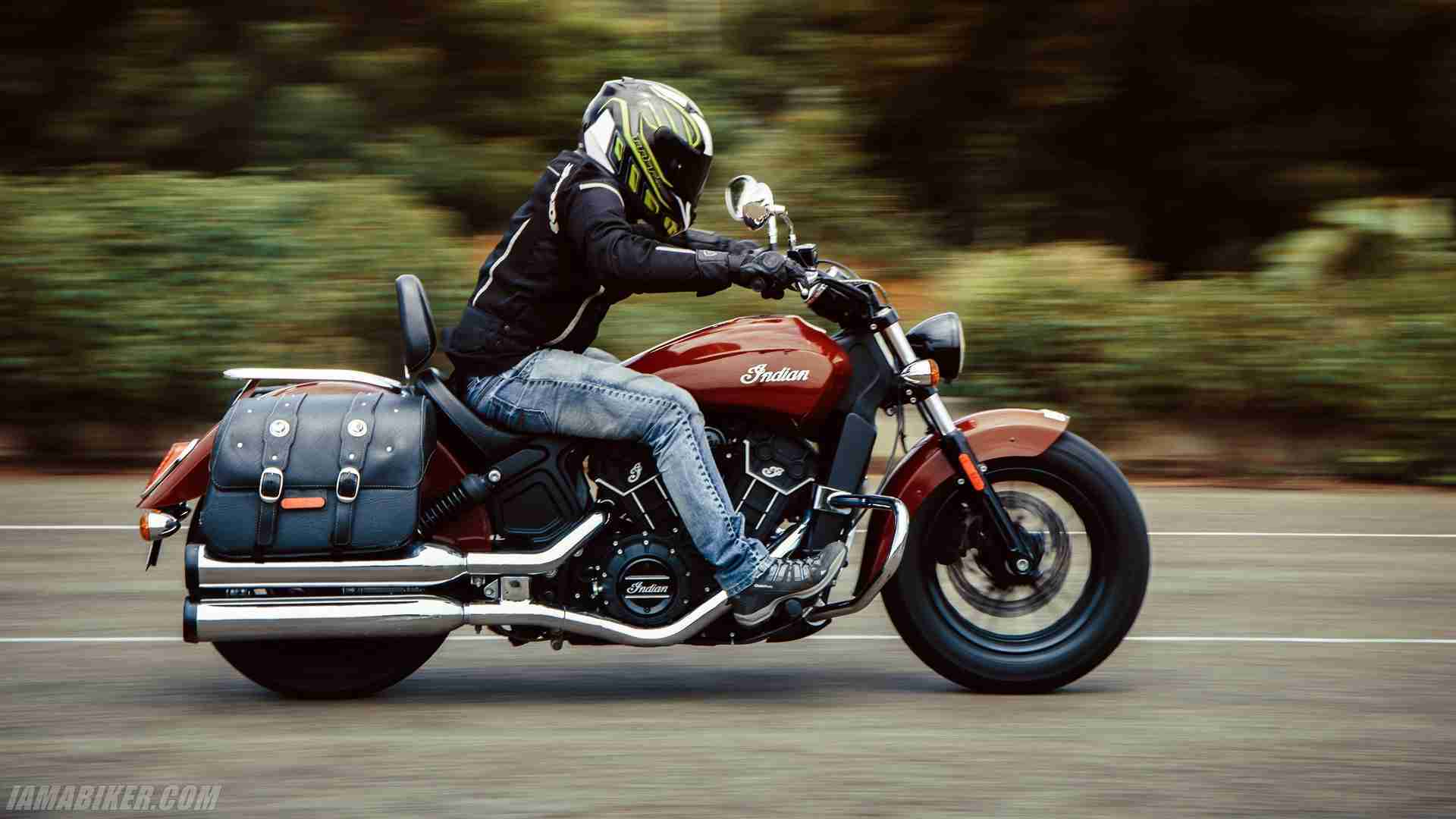 At about 250 kilos, the weight does get to you but only if are not taking those wide turns that the long wheel base commands.

Coming to the handling, well, it is a cruiser and it behaves like a cruiser, but I have to admit, the Scout Sixty is probably the most nimble of them all. It surprisingly gives you confidence to lean in, but push it and within no time you will scrape the pegs.

Moving on, the braking is decent and it has 298 mm discs at both ends, ABS is also standard and much welcome. The ABS is quite non intrusive and goes about its job without making you feel it’s control. The tyres however could have been better. It does its duty well in the dry, but in the wet, it does slide around a bit.

The ride quality is definitely good, but you really wish the rear suspensions had more travel. The front suspension on the other hand is soft and keeps you shielded from all the changes and undulations on the road.

One thing about the instrument cluster we should add is that, even though it looks very minimalist, it actually does have all the necessary info and some more. Its has a digital tacho and odo, engine temp, a low fuel lamp, trip meter, gear indicator and the conventional needle to show the speed. All this can be toggled with a switch on handle bar where you usually find your headlight pass switch.

By the time I had to give back the Scout Sixty one thing was quite clear. The Indian Scout Sixty is a very well made motorcycle. It may have lost points in the looks department compared to the Scout. But it still remains a motorcycle that maintains all the right bits to ensure that you have a great ride. Slot it into 5th out on that open highway and I assure you, you will have a smile on your face.

Check out HD wallpapers of the Scout Sixty from our team for download :) 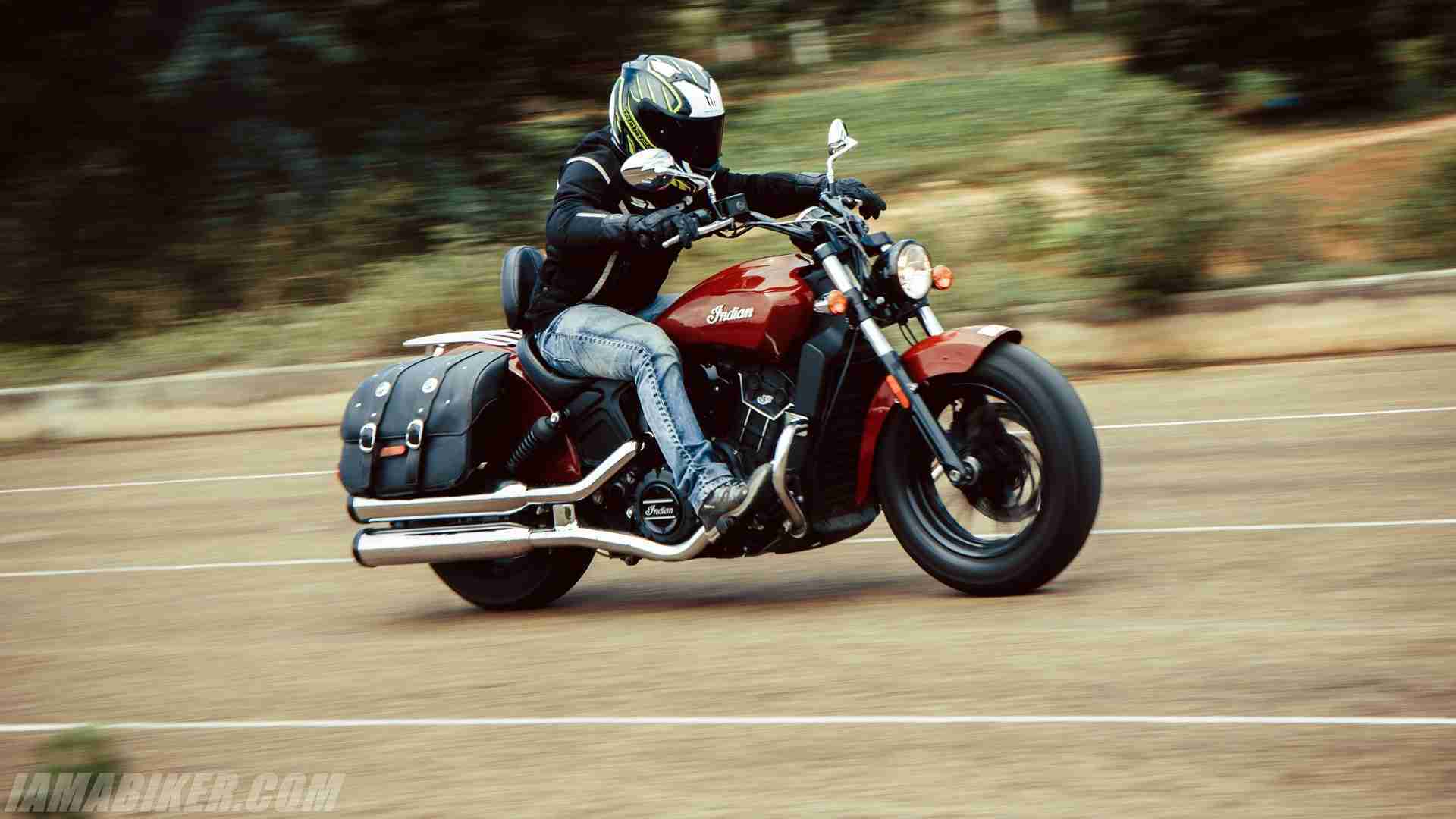