Hero recently unveiled the Hero Xpulse Concept motorcycle as a world premier at the EICMA in Milan, Italy. An Adventure Concept bike, the Xpulse Concept provides a glimpse into Hero’s plans to expand further into higher engine capacity segments.

Being a concept no official word was given about the engine capacity or a production time line on the Hero Xpulse. Looks like this will suffer the same fate as the Hastur (video) and the HX250R (video) concepts showcased at the last Auto Expo earlier. Interestingly, the motorcycle shown here looks like the original Karizma reworked. Hey we are not complaining one bit, we have always maintained that the a sturdier Impulse with ZMA engine would have been perfect for us. 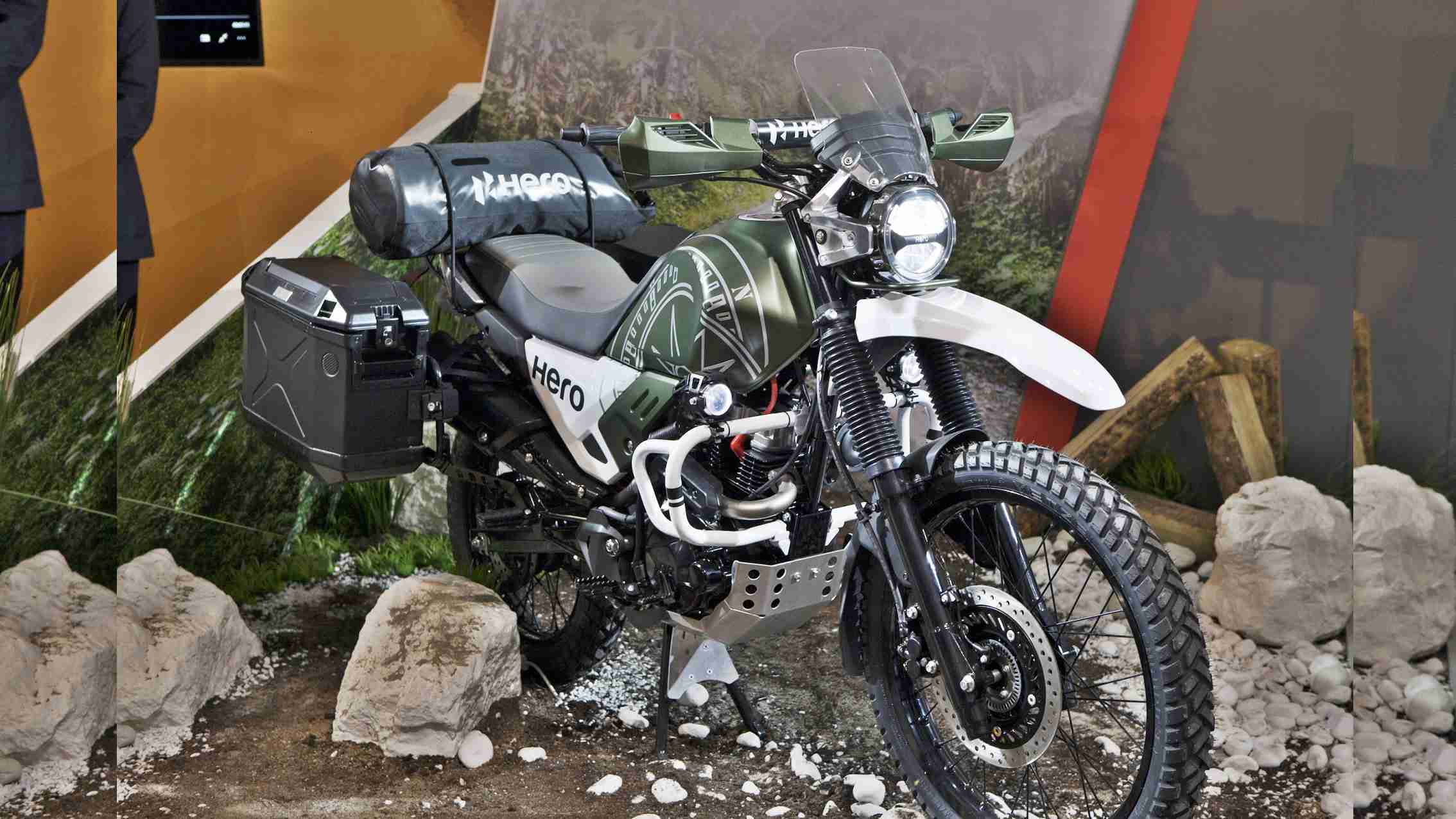 The Company’s motorsport division, the Hero MotoSports Team Rally, also presented its plan for the upcoming Dakar Rally 2018, including its new motorcycle, which the pilots will ride at the Rally.

Speaking on the occasion, Mr. Pawan Munjal, Chairman, Managing Director and Chief Executive Officer, Hero MotoCorp, said – “Hero MotoCorp has over the recent years, rapidly expanded its global footprint and is present in 35 countries, with manufacturing facilities in three countries. We are constantly developing Concepts for the future – keeping in mind global trends and customer aspirations. I am sure the Adventure Concept motorcycle XPulse gives you a directional guidance on the path that Hero is going to ride on in the future. We created this segment in India a few years ago and we feel it is about time that we start conceptualising some new thoughts and ideas in this space. And in keeping with the rising global stature of brand Hero, we are creating such Concepts not just with the Indian user in mind, but also with a focus on the evolved global markets.

We are also pleased with our motorsport team, which in its debut season made a mark in rallies across continents last year. The team is now ready for Dakar 2018. We are also taking our learning and experience from motor sports to develop new concepts and products for our customers.” 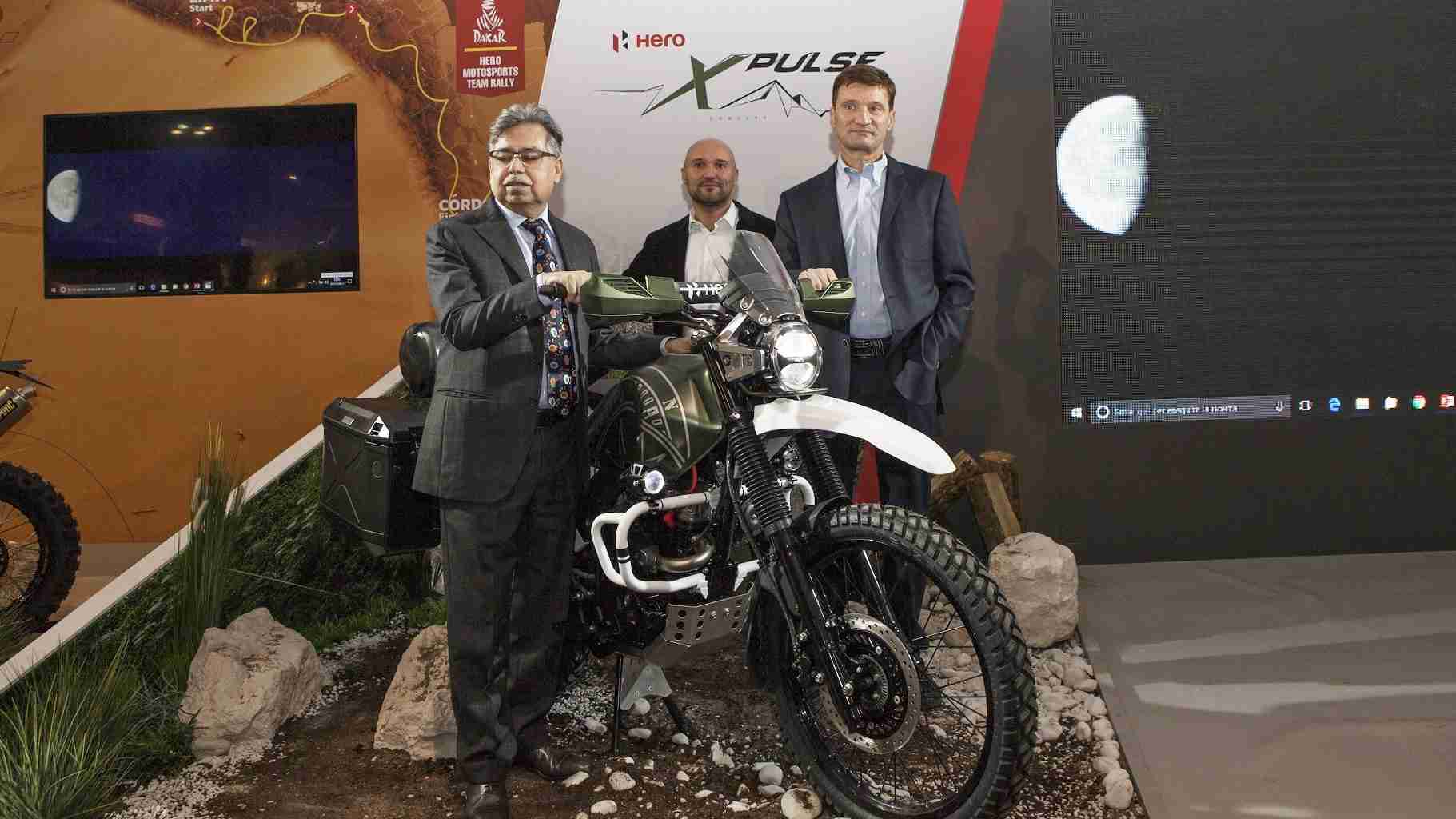 The Hero MotoSports Team Rally had a successful debut season on the rally racing circuit last season, with a 100% finish rate in all the rallies that it participated in. The team has started its preparations for the Dakar Rally 2018 on a positive note with impressive finishes at Dakar Series Rallies.

The Team will be riding the new motorcycle at the next Dakar Rally, after successfully testing it at the recently concluded OiLibiya Rally. The Team’s rider Joaquim Rodrigues (JRod) finished at an impressive 12th place in Dakar 2017. At Dakar 2018, the Team will field three riders, one more than last year. Oriol Mena from Spain has been inducted into the team as part of Hero MotoSports’ plan to train and develop young rally riders from across the globe. He will join the existing team consisting of CS Santosh and JRod.