Back in 2014 at the EICMA, Ducati announced the return of its iconic Scrambler range that ruled the streets back in the 60s and the 70s. The styling of the new machine was decided to be one that would make the motorcycle look as if it never stopped production and boy has Ducati got it right. The minimalistic look has been well executed and the bike screams retro while still having a great build quality. The round headlights with the ‘X’ integrated in a rather clever way with the LED ring, the rather nonchalant tank with the flat seat and the high handle bars all add up to the strong Scrambler vibe. Even with the “not-so-flashy” design the Ducati Scrambler Icon still garners a lot of attention on road and always gets that second look.

The engine on the Scrambler is a revised version of the tried and tested L-Twin that did duty on the 796. It now has a capacity of 803 cc and a better low and mid range. The official numbers are – 75 hp @ 8250 rpm and 68 Nm @ 5750 rpm. The throttle response takes a bit getting used to on this one. Couple the typical engine character of the engine type with the rather wide spread low end torque and you have a machine that is very active in the lower RPM’s. The sweet spot of about 4500 rpm will catch you by surprise every time until you get used to the throttle. It’s definitely not a bad thing, not even close. The rush of torque is an absolute pleasure, especially in the first 3 gears and the bike demands that you are patient and learn how it behaves. The best part though is that you are one with the machine within the first few kilometres. 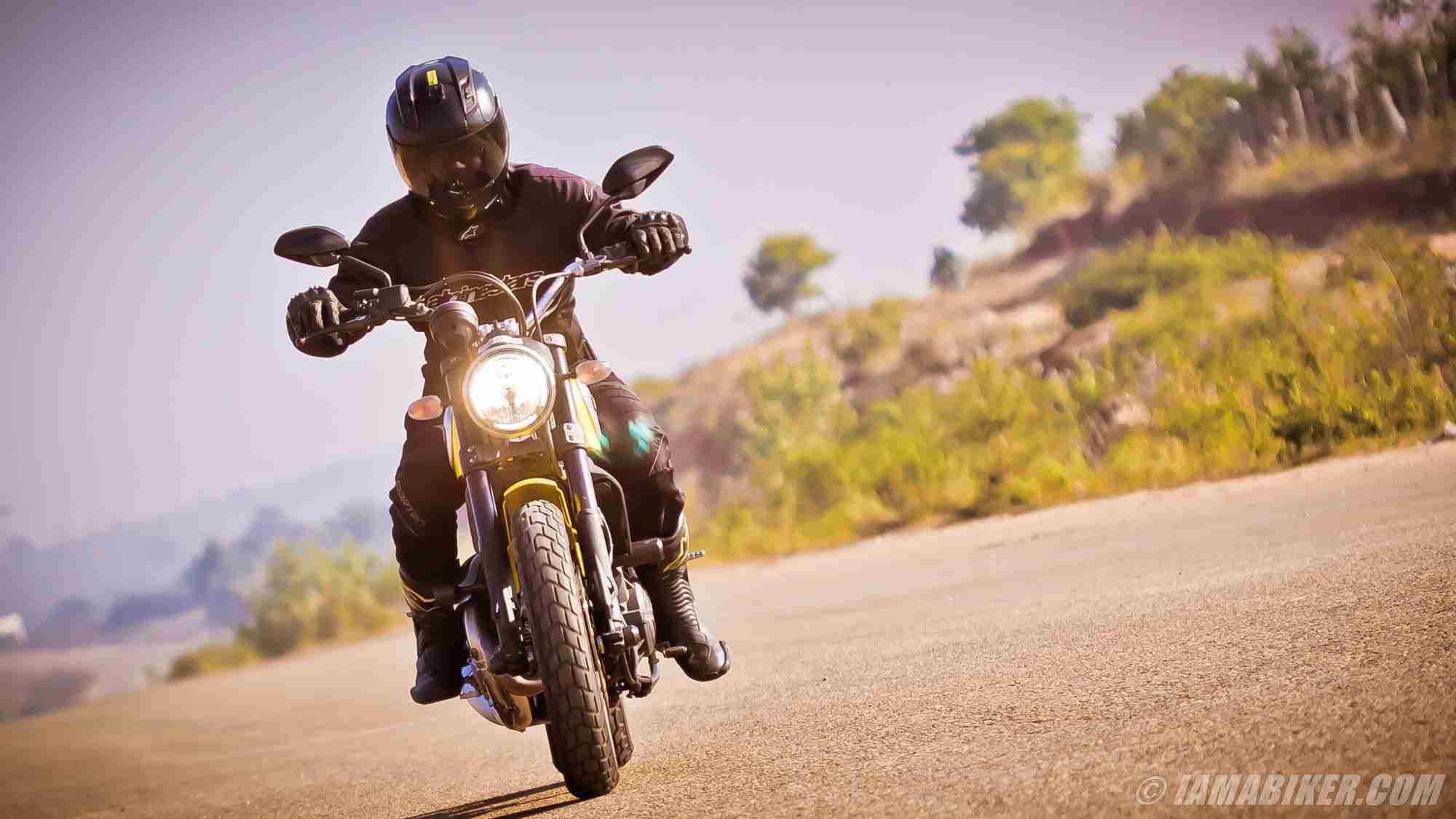 The 0 to 140 km/h blast is an absolute bliss and in top gear a 120 km/h cruise is right at the peak torque range. This means just blip the throttle ever so slightly and the Scrambler will surge ahead without any drama. Sustaining those 140+ speeds are going to be a pain though with no wind protection, but the Scramblers natural environment will probably never need you going faster.

This motorcycle is meant for fun, it can handle a bit of rough terrain as well as the highways with ease. But we found that it is at its best on the twisties. What a joy it is to handle and lean in with the motorcycle. The wide handlebars provide great control and the suspensions are a good balance making it appropriately comfortable on varied terrain. The seat though would need some changes if you are planning some real long rides on this one. 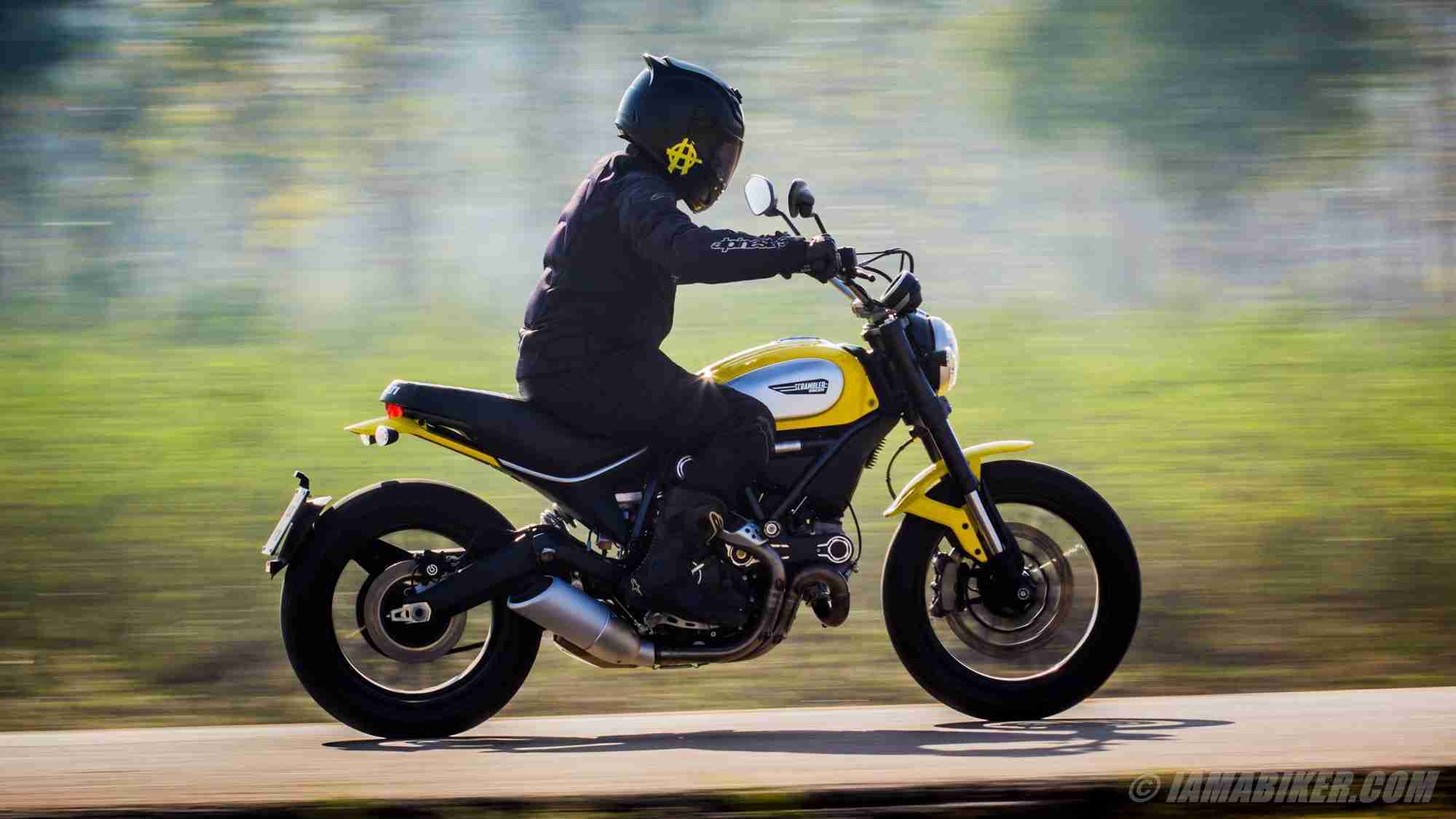 One of the best features of the motorcycle has to be its tyres; the dual-purpose Pirelli MT 60 RS tyres dismisses anything you throw at it with ease. But at-least for us, the best feature of the Ducati Scrambler has to be its brakes. ABS comes as standard and the 330 mm radially mounted front disc and the 245 mm single disc from Brembo goes above and beyond in giving you confidence while braking.

Overall there are a few shortcomings, the most stand out one being the lack of a proper fuel gauge, it only has a low fuel warning that lights up. Ground clearance can be an issue in some cases but by far did not bother us much. 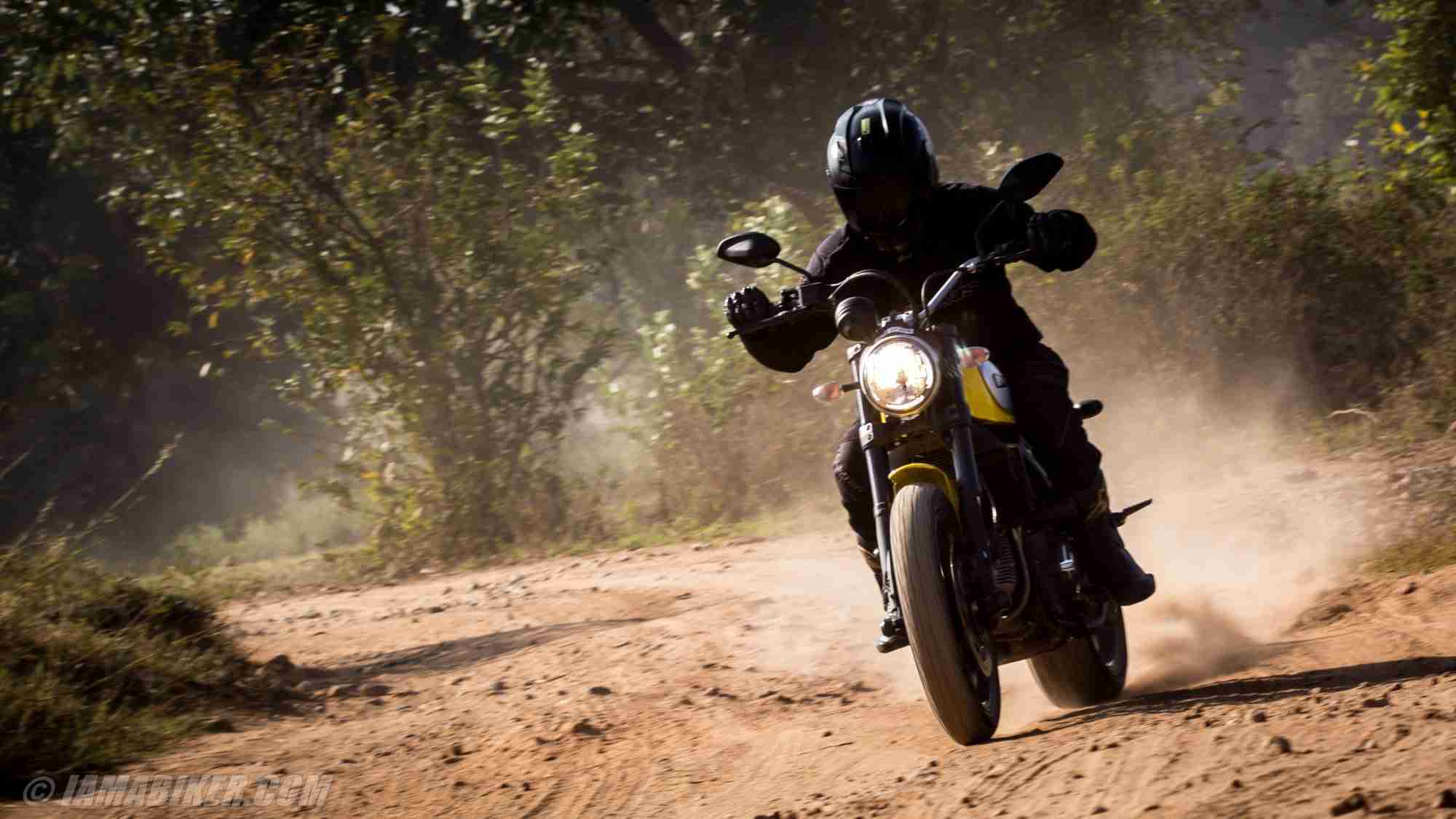 The Ducati Scrambler is what one would properly call a fun motorcycle. Do not be dissuaded by its rather sweet looks, it surely can handle whatever you can throw at it and then some more. It may not be the flashy and flamboyant typical Ducati, but it has all the right elements to be your first Ducati and one that will always keep you smiling beneath that helmet.