The Dominar 400 has been making waves as the new flagship of the Bajaj brand. First showcased as a concept, the production variant has been eagerly awaited as a game changer in the 250cc and above class. Bajaj claim that the Dominar 400 is their finest production motorcycle to date. This claim is not far-fetched considering the gala launch and the hype around the bike since. And now lets put the Dominar 400 to the test and see what the motorcycle is capable of.

As seen with the 200 NS, Bajaj has used a re-tuned (de-tuned?) version of the KTM engine. The same 373.3cc engine that powers the KTM 390 twins has been tuned to make the motor more street-able and city friendly. Rather than focus on outright power and a screaming top end, Bajaj has focused on power down low and a punchy mid-range. The official figures quoted are 35 Ps @ 8000 RPM and 35 Nm @ 6500 RPM, much lower than the power output seen on the 390 Duke. However, a healthy 28 Nm of torque is made at 3000 RPM which underlines the purpose of the Dominar 400. 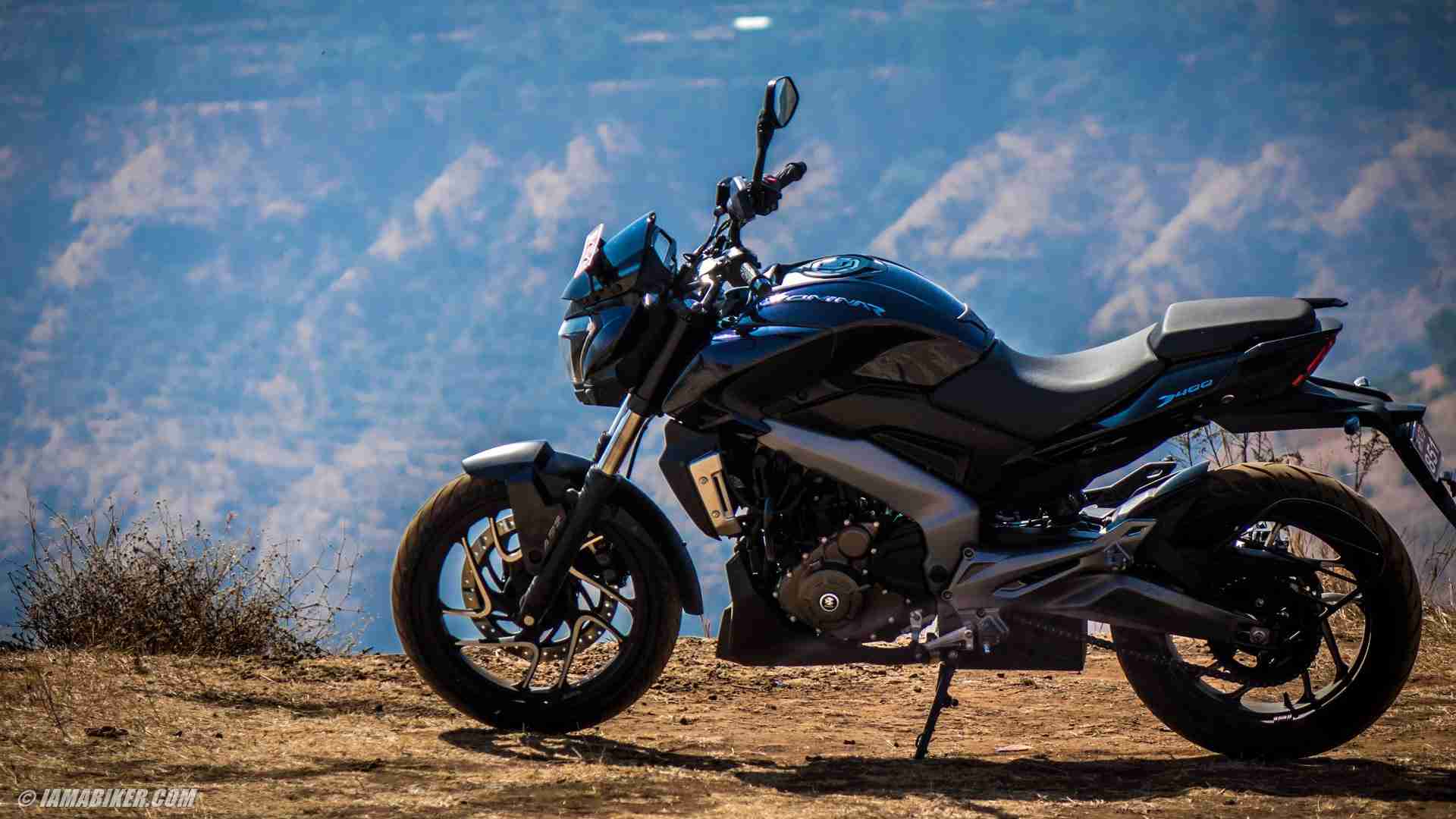 The engine is deceptively quiet and well-mannered when puttering about in the city, aided by the fact that the first 3 gears are pretty short and help get the bike up to speed without a need to wring the throttle too much. However, a surge of power propels the rider forward after 5000 rpm with a great sense of urgency and determined purpose. A wide spread of power and a linear power band make mile munching a doddle. The taller last 3 gears made cruising at 120 km/h easy and positively pleasurable. Wind the throttle to the stop and the Dominar should cross 150 km/h and do a bit more easily. The only thing that gets you by surprise when you wring that throttle is the limiter kicking in at 9500 RPM, especially when the meter shows all the way till 13K.

The engine is rather smooth, with some evident vibrations felt in the middle of the rev range. The gear box is smooth and precise, with shifts slotting into place without much effort. On the fuel efficiency front, we estimate that the Dominar 400 returned about 30 km/l in mixed riding conditions. A proper fuel efficiency test was not possible due to a lack of time. 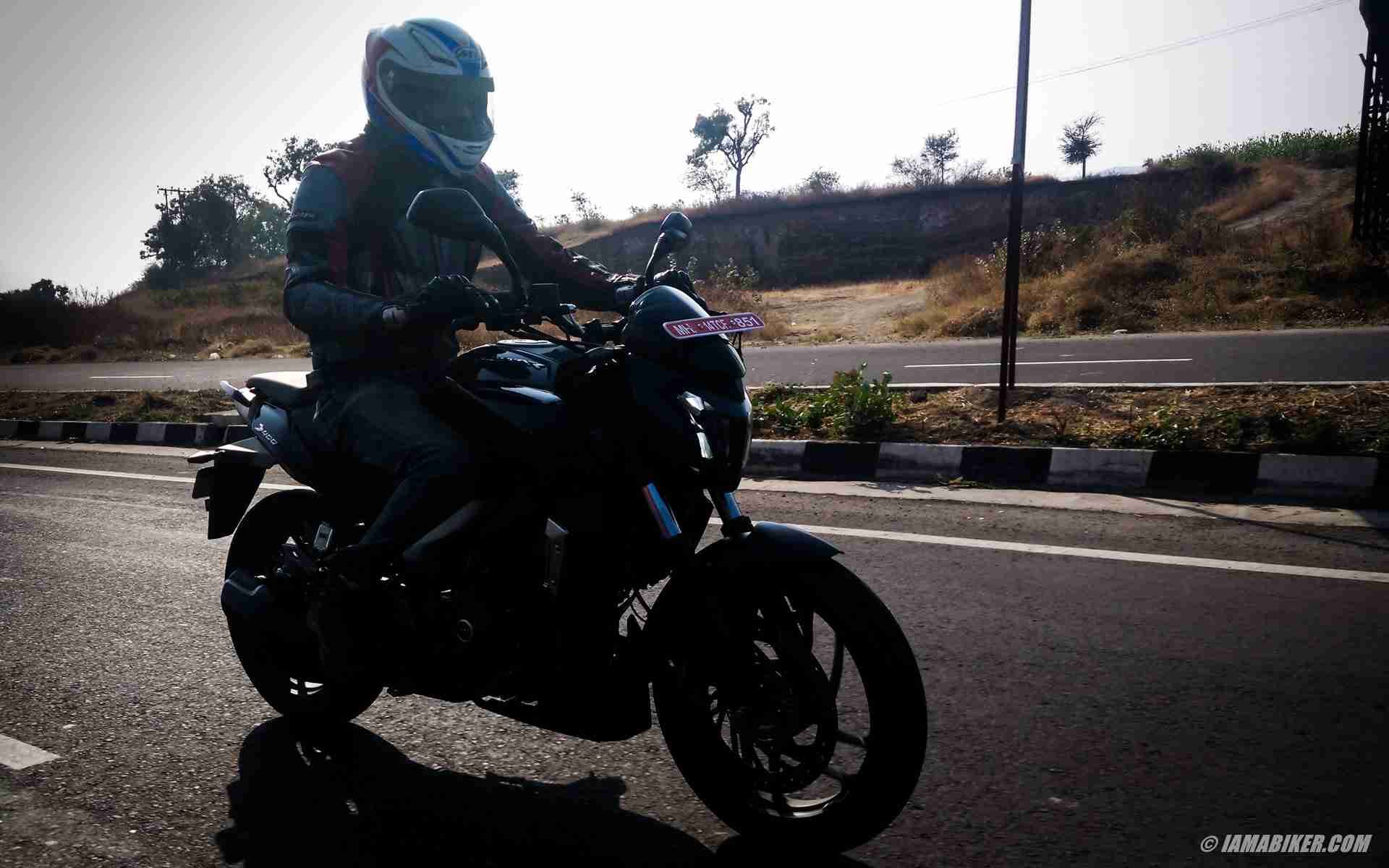 The Dominar 400 sports a design that is refreshing. The LED headlights and the macho looks make the bike look bigger than it is. In truth, the Dominar 400 is actually quite compact and will suit a wide variety of riders.

The swing arm is made of pressed steal which Bajaj claim has helped in controlling the weight of the motorcycle. Effort has also gone into making it looks sporty with clean welds and nice overall shape.

The paint job is something that Bajaj is particularly proud of. It has a three layer paint that is of the highest standards not seen yet on a motorcycle in India. They call it and let us quote “Jaguar quality paint”.

The seat cover is made of an imported material from Germany that provides good grip and you do not slide around much.

The LED headlights actually were a bit disappointing. It looks amazing and when you hit the pass switch it is instant and very noticeable. But the actual throw of the beam on the road ahead makes you want more. If there are no lights around esp from the opp side, then the lights are good. But they fail to penetrate an oncoming high beam. Being a full LED setup, we really had very high expectations from this one.

The fit and finish is the best effort from Bajaj yet, but there are still some bits of plastics that let down the bike. The dual meters are surely a nice addition but you hardly ever take your eyes off the road to check the one on the tank. The reverse LCD screen is quite a looker, especially in low light conditions it looks quite brilliant. 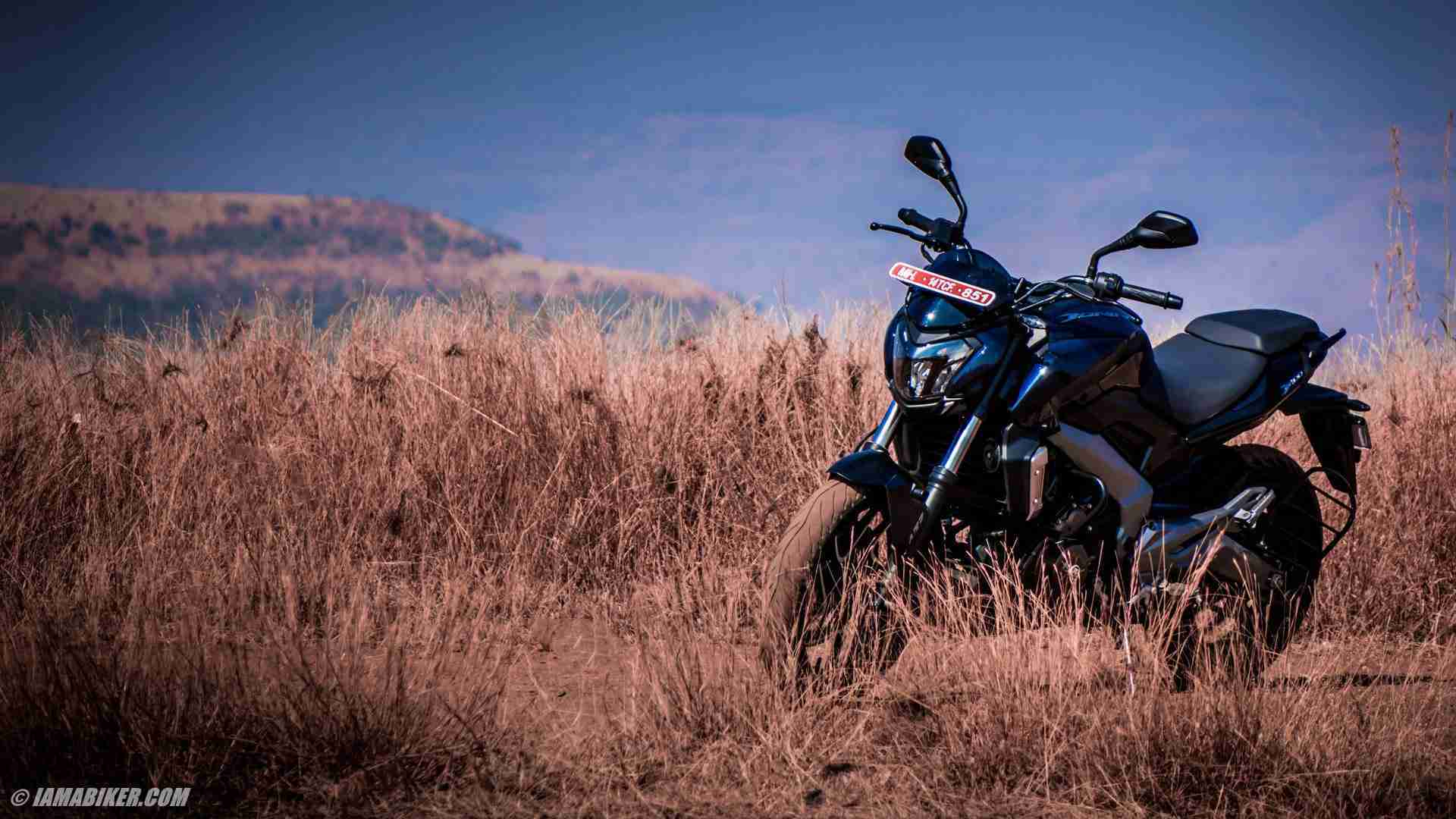 The Dominar 400 has wide bars that give the rider a good leverage, making cutting through traffic a simple task. The beefy 43 mm front forks feel a tad mushy for sporty riding, but contribute to a comfortable ride. The rear shock feels stiffer in comparison to the front. Overall, the suspension setup is geared more towards everyday street riding rather than canyon carving.

But then the Dominar 400 threw up a surprise with the way it handled winding roads and heavy city traffic. The machine is obedient and compliant when ordered to change direction, not impeded in the least by it’s 182 kg bulk. The longish wheel base resulted in a very stable bike on the highway that was unnerved at high speeds.

The ABS version we tested stopped very well indeed, even with some ham-fisted braking. The ABS system is idiot-proof, cutting in a little too early and abruptly like an overbearing parent. The front brakes have a good initial bite which is progressive with a good feel, making modulating brake pressure a matter of ease. This will certainly help riders confidently explore the limits of the machine. The front brake lever felt cut-rate and out of place on the motorcycle, like it had been lifted from a low-end commuter. The rear brake too possessed noticeable stopping power, offering good feedback and working well with the front. The ABS version is well worth the security it offers. 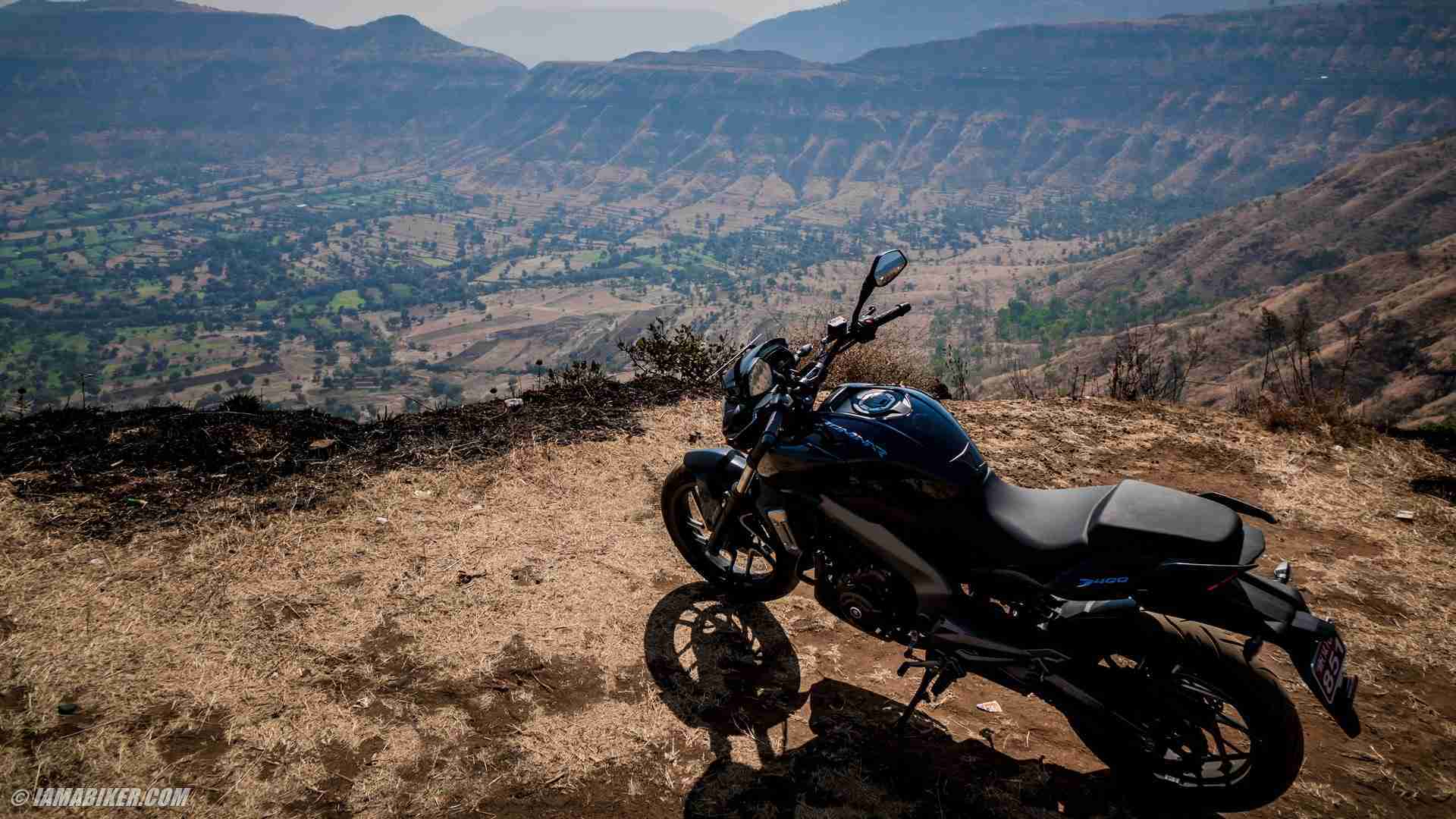 The Dominar 400 is a versatile motorcycle with some notable positives in the engine, handling and braking departments. There are shortfalls in the build quality and that last few hours of fine tuning invested in the setup of the motorcycle. But we boldly claim that the Dominar 400 is capable of being both a daily city ride and a weekend warrior, accomplishing this at a price that makes the competition look silly. 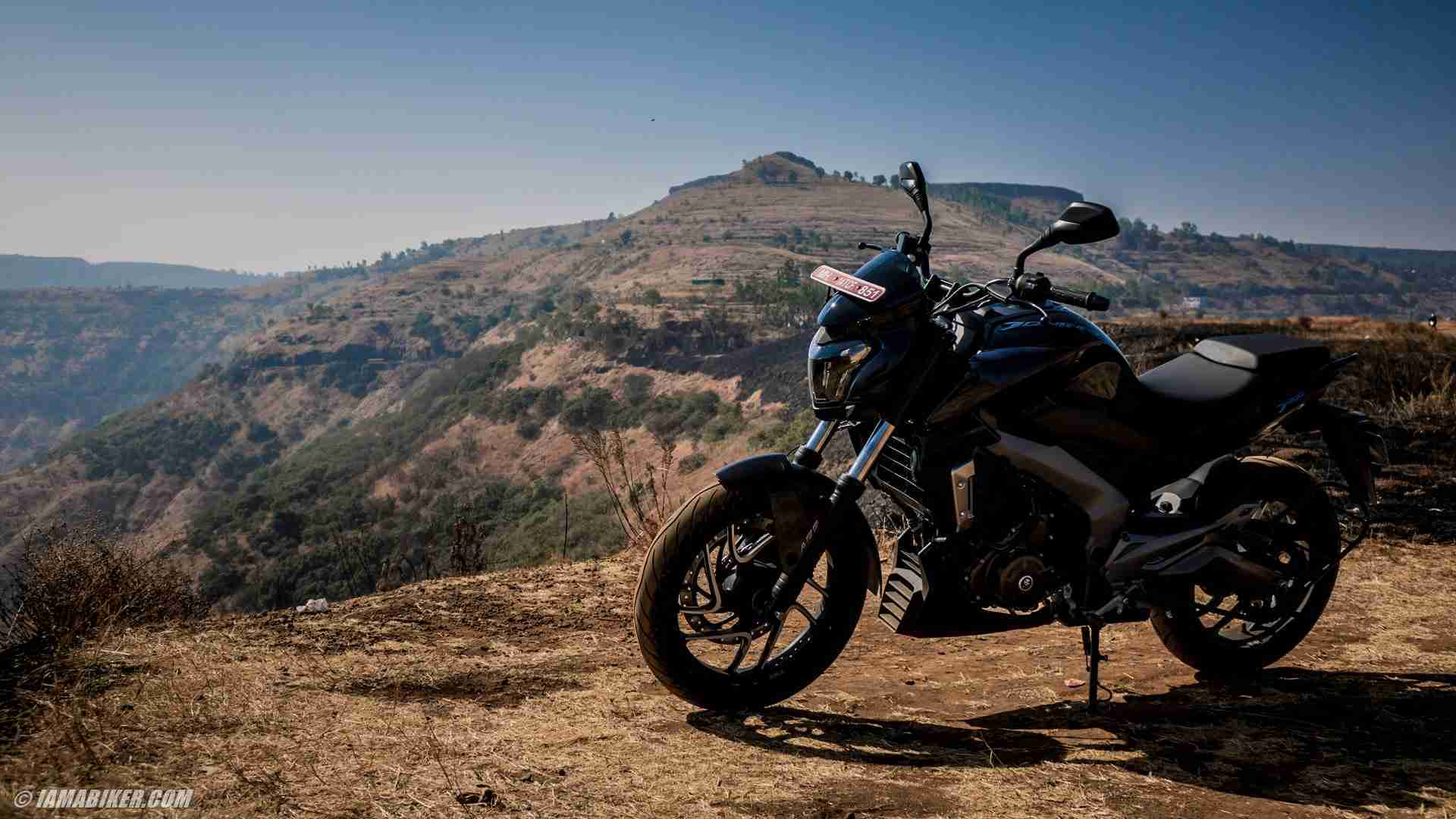 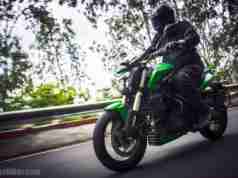 Bajaj Dominar 250 and 400 prices hiked: No design or mechanical changes in sight