KTM pulled the covers off its all-new, production ready KTM 790 DUKE at EICMA, Milan recently. Last year at the same event, the KTM 790 DUKE prototype – The Scalpel – was unveiled on stage; the exhaust note of its LC8c engine thundering through the halls. This year, KTM returned with the full production version, boasting performance figures and a specification that will blow up the fiercely competitive 600 to 1,000cc naked bike segment.

Formally introduced on stage by Mr. Trunkenpolz, the KTM 790 DUKE punches out 105 hp and 86 Nm of torque from the extremely compact and all-new LC8c parallel twin engine with an unrivalled electronics package. This is a pure KTM – potent and precise, to satisfy the needs of riders who know that power-to-weight ratio and agility can be more important than raw, straight-line brute power. From prototype to production, ‘The Scalpel’ has not lost its edge.

As KTM’s first multi cylinder model in the segment, the KTM 790 DUKE has been granted the goal of ‘combining real-world practicality with maximum street performance’. And KTM seem to have hit the nail on the head by stating that 790’s edge over the single KTM 690 DUKE and the sumptuous KTM 1290 SUPER DUKE R is through attributes such as low weight (169 kg), great agility and precision are often more important for riding enjoyment than maximum straight-line acceleration on those gorgeous twisty roads of this world. 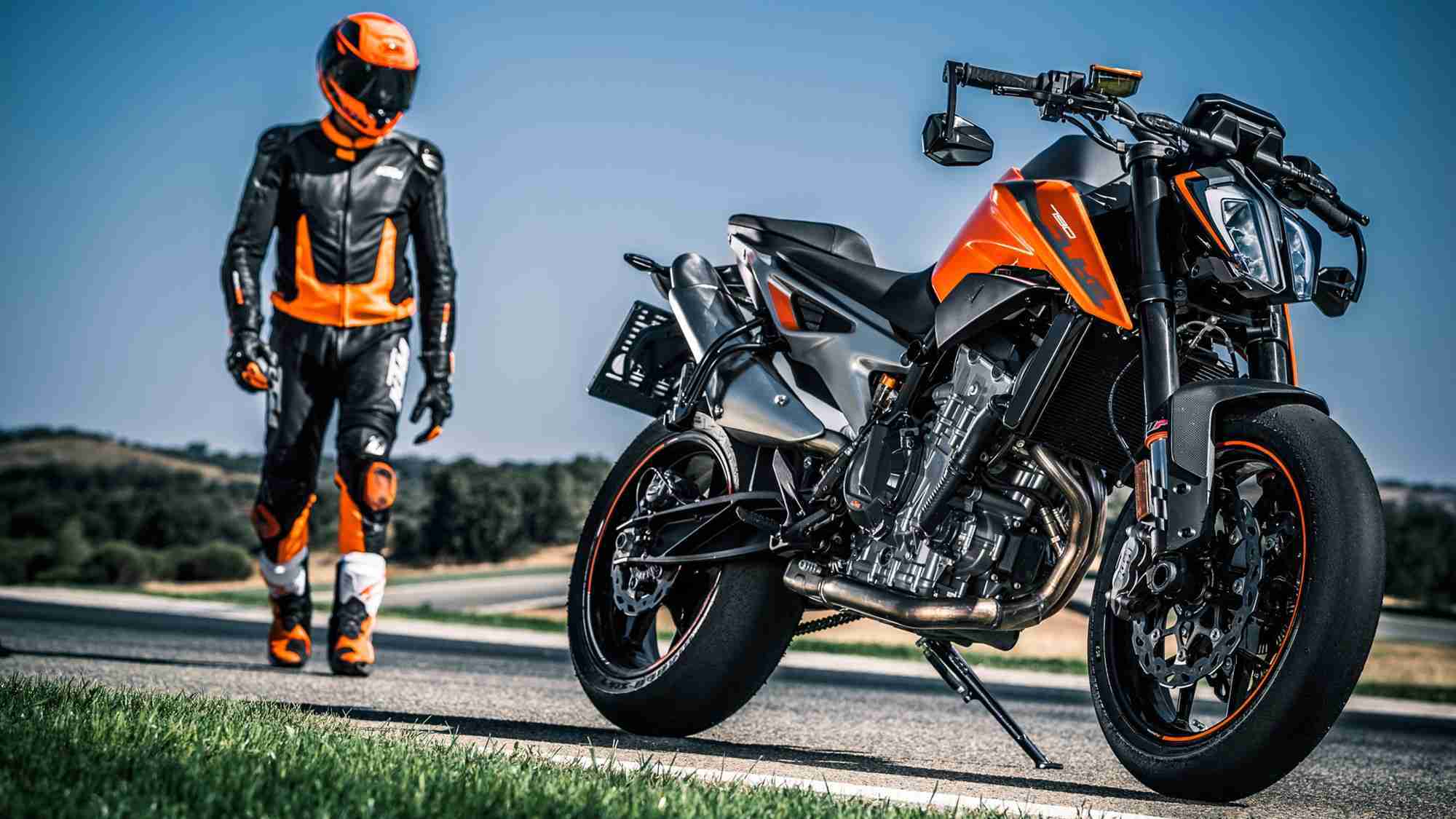 In its final production dress the KTM 790 DUKE produces 105 HP @ 9000 RPM and 86 Nm of torque @ 8000 RPM, and it is immediately noticeable how compact and light the motorcycle actually is. The 790 has a distinctive DUKE profile but is also very ‘2018’ with the optimised geometry, latest suspension kit from WP and electronics such as motorcycle traction control, motor slip regulation, launch control, quickshifter + and new ‘TRACK’ riding mode.

The KTM 790 DUKE is again another shape-shifter from Mattighofen. Some will see a striking and fun commuter, others a naked bike to dwarf any sports machine out on country lanes and the plentiful tech spec sheet will allow The Scalpel to slice open more than a few rivals on the racetrack.

The good news is that the KTM 790 Duke will be coming to India. It is expected in the second half of 2018 or max by early 2019. Expected price of the 790 Duke? Well, knowing KTM it will be a knife through the heart of the competition. Expect an ex-showroom price of about Rs. 5.5 L as we are expecting it as a CKD.