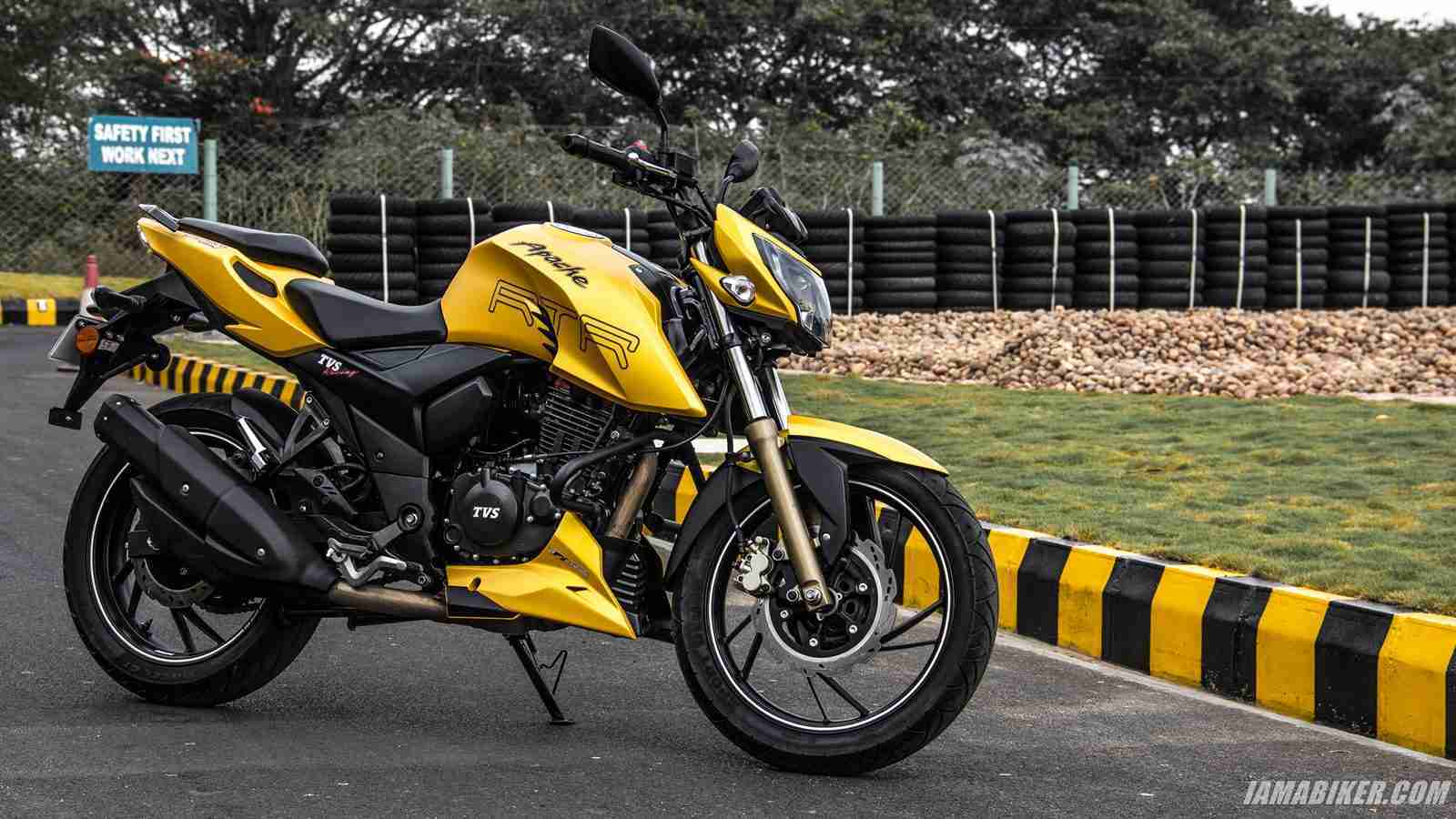 The wait is finally over, the new TVS Apache RTR 200 4V is here and the questions to be answered are even more. Is the new RTR 200 a challenger to the existing 200s that rule the roost? Is it fast? Does it still maintain the RTR pedigree? and most importantly does it still vibrate? Lets start with basics and work our way from there.

The new TVS Apache RTR 200 is a good looking motorcycle to look at. It does not look as extreme as the Draken concept, which in this segment of the market is a good thing. Although we would have loved the wild looks. It basically takes the existing RTR design and adds a bit of naked street fighter aggression to it. The split seats, the sharper looking headlights with the prominent LED pilot/ DRL’s and the double barrel exhaust all add to the overall sporty and muscular look of the bike. Simple question, does it look good? We think so, and with 7 colour options to choose from its kinda hard not to like new TVS Apache RTR 200.

On paper when we saw the specifications for the first time, we were a bit disappointed. 21 PS of power is not what we were expecting, we expected a proper pocket rocket. On the flip-side we expected only a carb version and to also see an Fi version with Pirelli tyres was a pleasant surprise. The beauty of the new TVS Apache RTR 200 lies in the fact that TVS did not go into developing it keeping in mind its competitors. They did not want to participate in the top speed and feature war. They wanted to develop a motorcycle that was better than what they have made before, a motorcycle that takes forward the fun element the RTR series always had and most importantly they wanted to make a motorcycle that had usable power. And in that prospect we have to say the new TVS Apache RTR 200 is an absolute winner.

Crank the motorcycle and you are welcomed by a pleasant yet angry growl. Blip that throttle and you already get a hint of how free revving this engine is. The new TVS Apache RTR 200 like we said earlier maintains the RTR genes. It is properly short geared in the first 3 gears and ever so easy to pop that front wheel. It builds revs fast and thanks to a new counter balance vibrations are to the minimum. At no point in the rev range in all gears did we feel any vibes. The 0 -100 comes up in about 11.5 seconds for the Fi version and about 12.1 seconds for the carb version. The difference between the Fi and the Carb version is quite apparent in the power delivery. You can almost instantly feel the extra refinement and faster throttle response the Fi unit provides. It is totally worth the extra moolah over the carb unit. And add the Pirelli tyres to this and you have a precision tool that handles extremely well. But we have to say, the regular TVS tyres also do the job quite well. Not once did we have a scary moment with them. Unfortunately the ABS versions were not ready yet for testing and we are sure that would have made this motorcycle quite the complete package.

Top speeds we managed on the straights were 126 for the carb version and 128 for the Fi version. Close to the speeds TVS said the bikes could do. But the beauty of this engine lies in the mid range and low end. To ensure ride ability TVS have given the new Apache RTR 200 a rather broad and well spread torque curve. This means you have all the torque of 18 Nm available at 7000 RPM and with the 5 speed gear box, you should have excellent ride-ability especially in a daily use perspective. We really are looking forward to the proper road test to see how it will performs in city conditions. 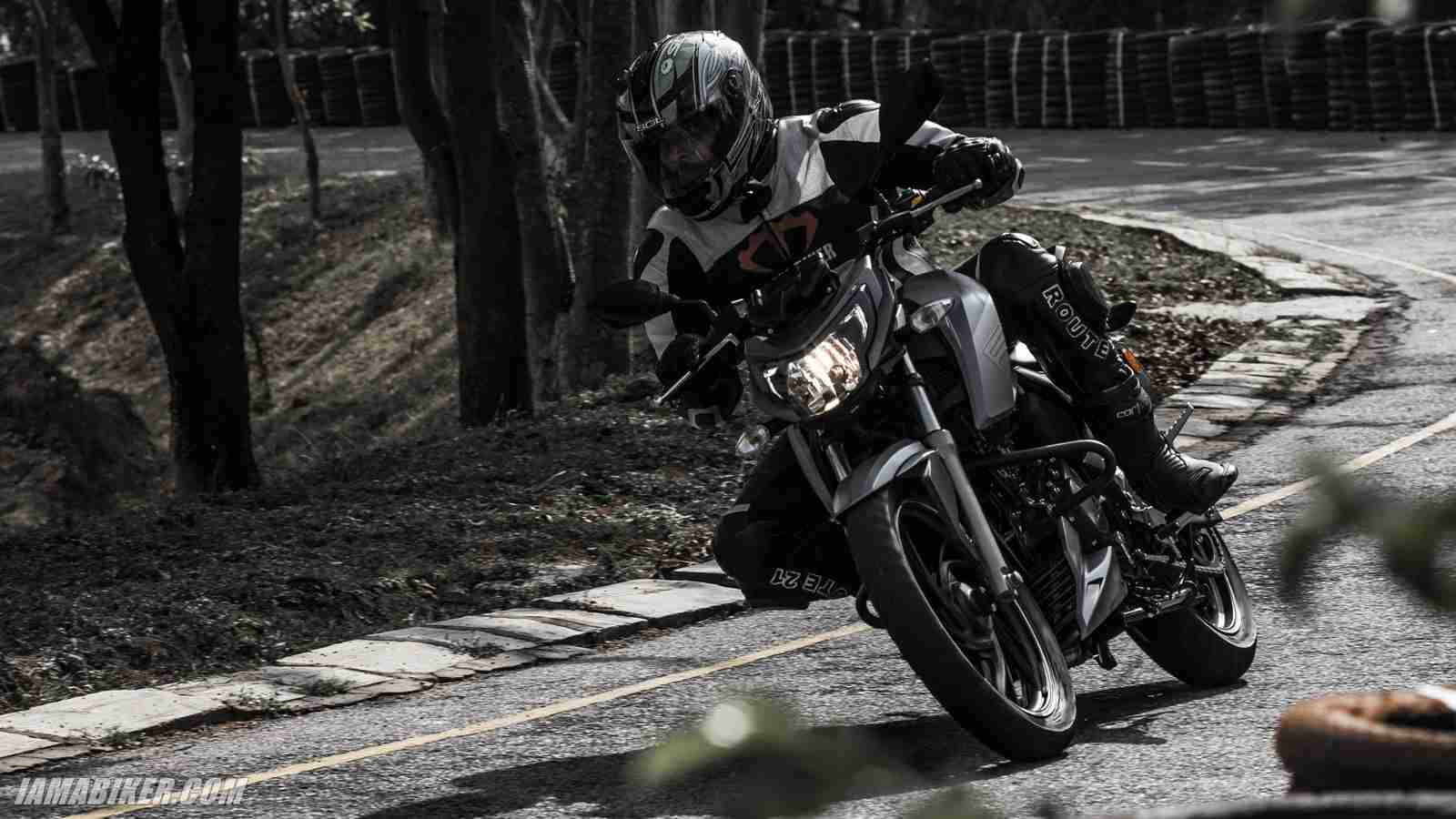 Handling wise the RTR’s have always been great and the new Apache RTR 200 takes that game forward. The TVS test track where we rode the bike is essentially a straight, a long right-hander, a quick left, a straight and finally a U turn back to the first straight. Not the perfect track to have fun on a capable bike like the Apache RTR 200. But yes even here it was quite apparent that the Apache RTR 200 is extremely brilliant when it comes to handling. Easy to change directions and very forgiving to a rather novice track rider like me around the bumpy track.

So yes, like we said in the beginning, if you look at the new TVS Apache RTR 200 as a weapon to take on the 200NS and the Duke’s you will be a little disappointed. But if you ever fancied a more powerful and a refined RTR then this is a machine that you should test out. We are certain that you will like it, its quick, jumpy and will keep you smiling. 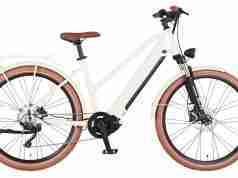