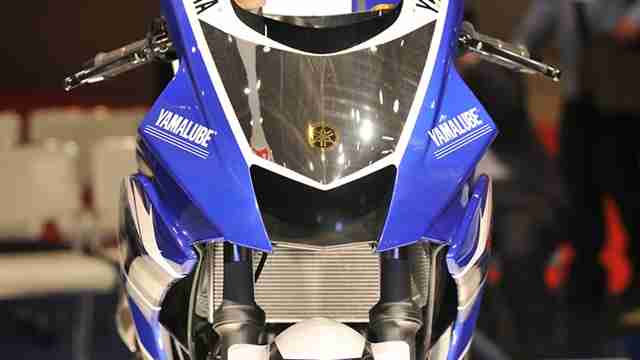 Like every other manufacturer, even Yamaha likes to play ball with the minds of the enthusiasts. They give just enough to ignite, but not enough to take off. Trademarking the YZF-R3 and R3 names definitely is one such ball game that Yamaha have now played with their fans. The possibilities and assumptions around these trademarks have given a kick off to two wide speculations — 3 cylinders or 300cc. Although 3 cylinder is what Yamaha is banking their future on with the MT-07 and the MT-09 platforms, with even rumors that the future R6 could come in the same configuration. After sweeping across for theories to claim the plausibility of these two stories, we ran short of evidence to back up the 3 cylinder story. But on the other hand, we were able to gather pretty much to spotlight the 300cc possibility.

Yamaha’s naming convention so far is one of the major reasons to justify the 300cc story. They have conventionally named their two wheeled mean machines in relation with the cubic centimeters those engines resided in them, by a small modification of getting rid of the zero’s on the tail. R1 being their 1000cc bike, R6 being the 600cc, R15 the 150cc, and the recently unveiled concept R25 with a 250cc engine and Valentino Rossi by the side, the possibility that the R3 could be an upcoming 300cc machine is something that we cannot rule out completely. Another apparent, yet a strong reason for us to back up the 300cc story is Yamaha’s existing rivals in the 300cc category — the Kawasaki Ninja 300 and the Honda CBR300R. It is a known fact that Kawasaki and Honda have already stepped into the 300cc territory and have captured the area since a decently long time. Yamaha however have not released their salvage beast to enter this very territory, yet. Taking these theories in account, the YZF-R3 and R3 names being filed for trademarking in the European Union and the United States by Yamaha Motor Company Limited just a couple of weeks ago further strengthens the assumption that a 300cc Yamaha rolling out of its womb is not a distant dream. But uncertainty will still have its toll, and expectations and heartbreaks can be accounted for only once the manufacturer decide to pull the curtain and put an end to the mystery game. A 300cc bike from Yamaha is surely what the market needs especially in countries like India.