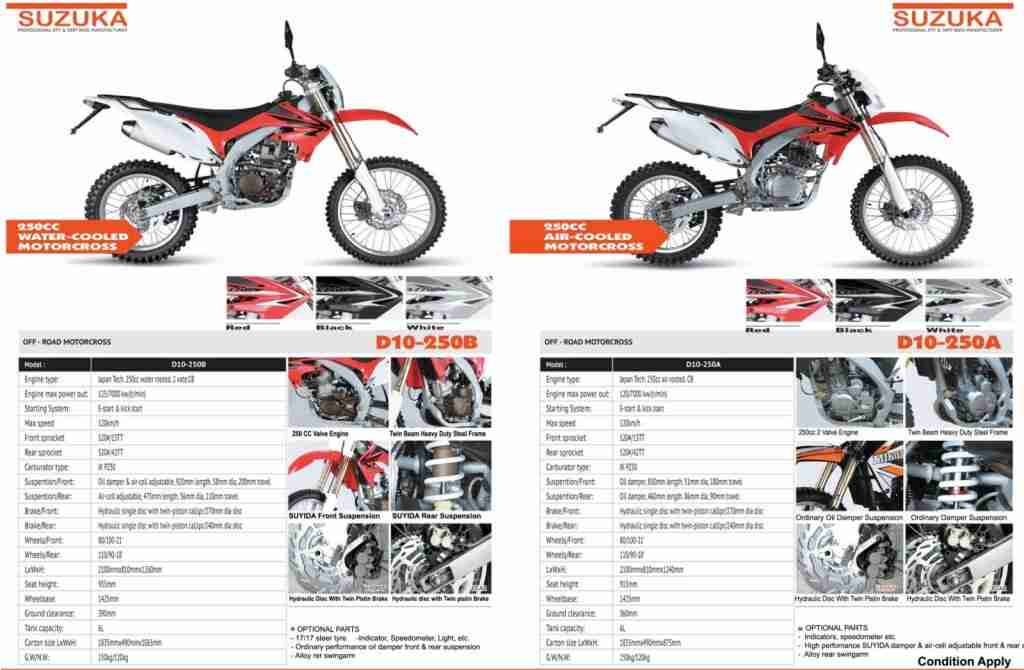 The popularity of dirt biking in India has notched up by a fair amount in recent years. The shift of interest from speed to up thrusts has led to the formation of various locations which quench one’s thirst of flying on motor bikes. Although, the Indian two wheeler market is flooded with a zillion of riding options but the dirt racers are yet to be offered the same density of choice.

Japanese Motorcycle Company Suzuka (and not Suzuki) in association with its Gujarat based counterpart has come to the rescue of those who are done with ‘modifying’ their way to the dirt tracks. Yes, the motocross madness of the Indian riders is about to get a bit crazier as there is going to be one more addition to the variants of the dirt bikes available in India. Suzuka has launched its range of dirt bikes in India which seem to be quite promising in terms of performance and play. The bikes have been exclusively launched for tracks as their use in commercial roads will not provide you with any sort of performance satisfaction.

The company offers a range which includes dirt bikes as well as ATV models. There are a total of three dirt bike models all of which have a cubic capacity (cc) of 250. They basically differ in terms of engine cooling types and number of valves. A quick look at the bikes being offered: 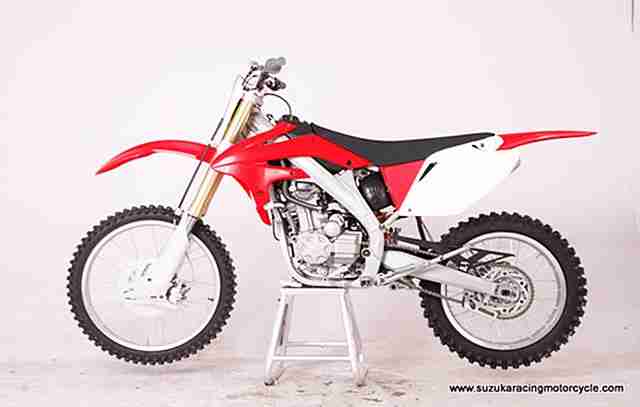 The SRM AC/WC 2V is a light weighted motocross vehicle which is powered by a 250cc air cooled/water cooled, single cylinder 2 valve engine. It produces a maximum power output of 16.1 HP at 7,000 RPM along with the peak torque climbing up till 17.5 Nm at 5,500 RPM. There are single discs at the rear and front with ABS which assure maximum control. The pair of an 80/100-21 tyre at the front and a 110/90-18 at the rear is driven by a 5-speed transmission. The bike has a minimal fuel capacity of 6 litres.

The SRM 250 costs Rs 3.65 lakh while the SRM AC/WC 2V is priced at a fairly less amount of Rs 3.4/3.45 lakh. The usage of the bikes other than the tracks has been forbidden hence making them complete “off-roads”. If you are a dedicated dirt racer and are ready to shake off some good money for your dare devilish hobby, Suzuka has got the perfect toy for you!