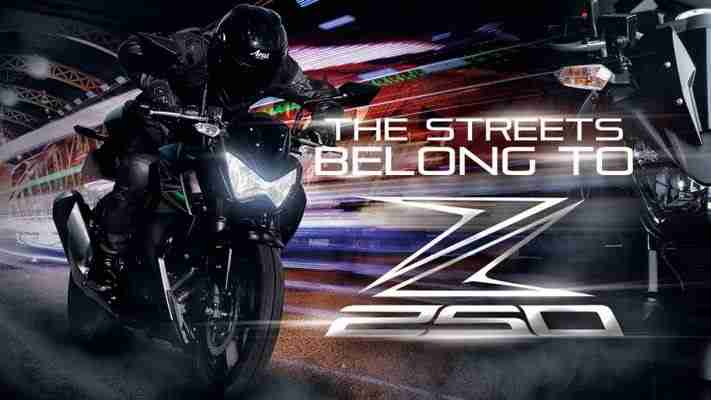 It came as a bit of a disappointment to Kawasaki India fans when they decided to wrap up the sales of their Ninja 250R from the quarter litre race and replaced it by the better but costlier Ninja 300. The elegant and mean machines of the Ninja family were always accepted by the performance biking world, and the quarter litre green monster was missed due to its forced demise.

It was only until last year’s Tokyo Motor Show that the Kawasaki fans had to grin their teeth at their favourite bike maker’s apparent upsetting decision, because at the show, they revealed their all new machine in the quarter litre segment, the Kawasaki Z250. The Kawasaki Z series are known to look aggressive with its naked body, sharp headlamps, roaring engine, and above everything else its angry looks, the Z250 was no exception. The bike features the design elements from its elder brothers, though there is a partial fairing on the sides. Yet, the bike can be called naked with no doubt.

The new Kawasaki Z250 can be expected to hit the Indian market next month with a price tag that would be somewhere up in the 3 lakhs range. That in a way could stand upright as a hurdle for the bike to hit the success on road though it can prove to be a strong rival for already rolling 200 cc to 400 cc mean machines, in terms of sheer performance and build quality. We will have to wait and see. 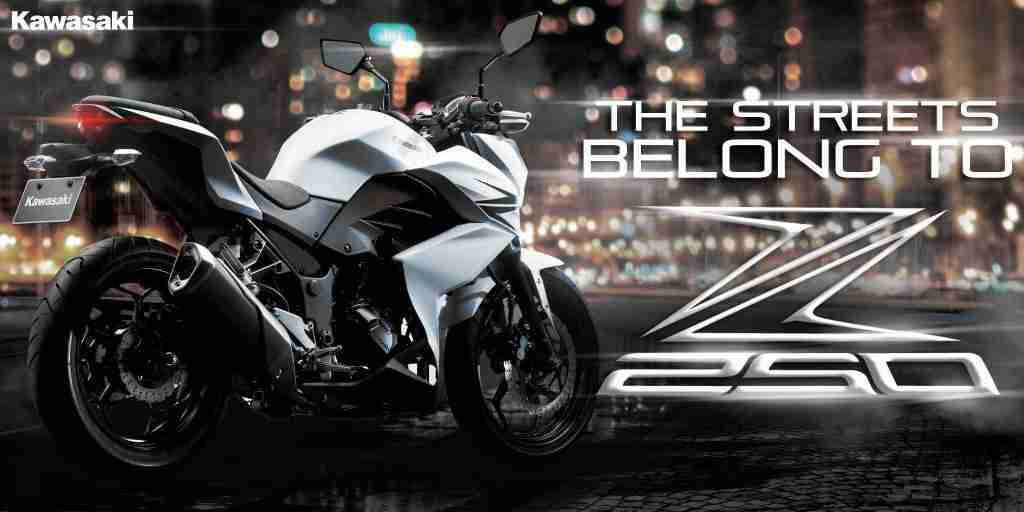 Though the Kawasaki Z250 wears the skin of the Kawasaki Z family, its heart resembles the Ninja’s. The liquid-cooled, 4-strokes, 8-vales, parallel DOHC engine with a 249 cc displacement which can produce a maximum power of 32 HP at 11,000 RPM and maximum torque of 20.6 Nm at 10,000 RPM, coupled with a 6-speed gearbox is expected to beat like the Ninja 250. The braking duty is taken care by the dual-piston calipers with a 290 mm single petal disc in the front, and 220 mm single petal disc at the rear. The 37 mm dia telescopic fork in front and the Bottom-Link Uni-Trak with gas-charged shock and 5-way pre-load suspension at the rear handles the comfort and stability. The instrument panel consist of a classic analogue tacho along with sophisticated LCD display with speedo, odo, engine health and more.