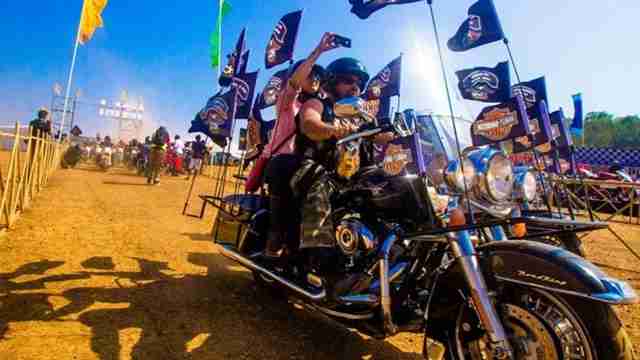 The second edition of India Bike week ended with the party of the year in Vagator this weekend. The Festival was a stunning demonstration of the power of India’s Biking Brotherhood. Over 8,000 bikers and bike fans came together to create India’s largest Motorbike Festival.

– It has been the largest gathering of the Biking Brotherhood in India’s history.

– The big news of the day was the Bike Build off triumph by Reza Hussain Customs in Chopper Class and Moto Exotica’s Arjun Raina carried away the Open Class. In the Classic Section of the Festival, a German version of a Triumph — the STM 500 won the Best of Show owned by Col. Sashidhar Bopanna from Hyderabad . The much commented on – an original and India’s only Grand Prix run 1955 Norton Manx 350 — was fired up in public for the first time.

– From 5 participating stunt teams, the IBW Stunt Team of the year was Team from Mumbai.

– The Festival ended with Amsterdam based Dub Vision rocking the Festival.