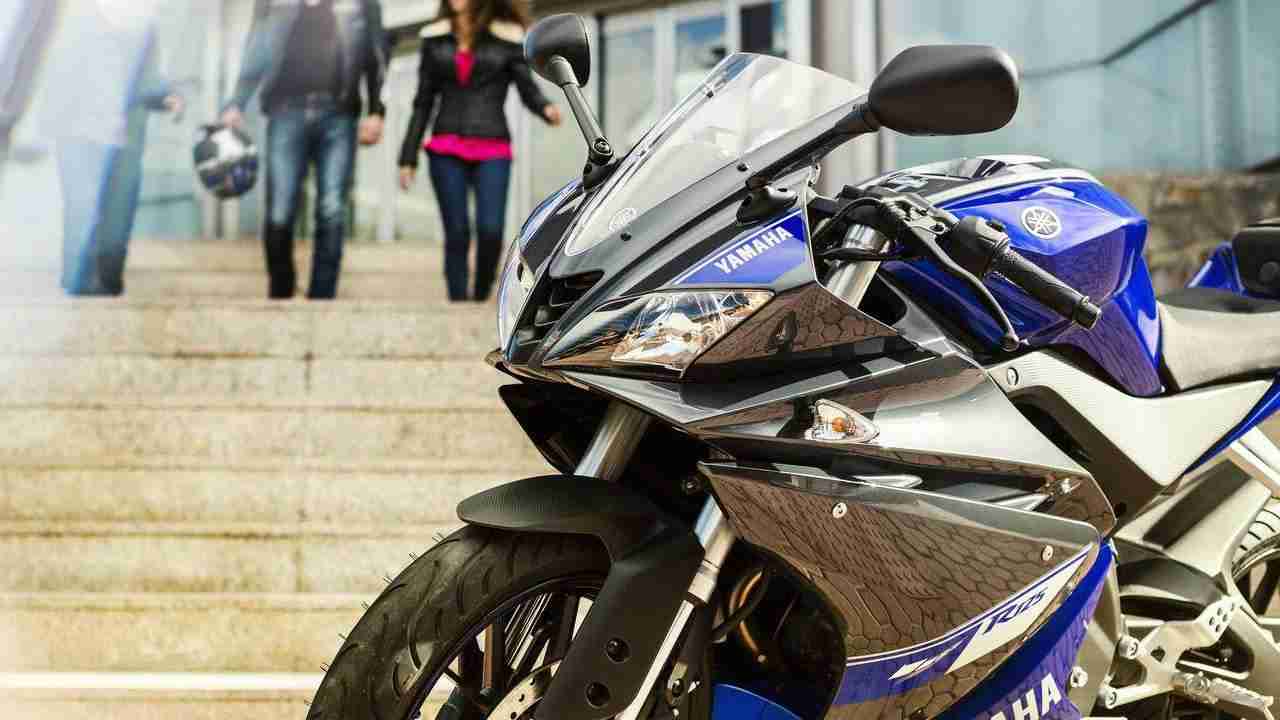 The Yamaha YZF-R125 is one of the top selling 125 cc sports bike in the European market ever since its launch in 2008. For 2014 Yamaha have given the Yamaha YZF-R125 a new sporty, aggressive and astounding look which readily pops out from the previous design, and made sure that its legacy is not harmed in any way. The new design on the Yamaha YZF-R125 has a touch of its big brother, the R6, with the fairing, upside-down forks and a faux ram air-intake between the twin headlamps.

The sporty new design of the 2014 Yamaha YZF-R125 is definitely a factor that will involuntarily force the young biking crowd to gravitate towards it. The new design is crafted with 17 inch alloy wheels with Y shaped spokes, front fender with a premium carbon finish, aluminum gear shift pedal, rear brake pedal and passenger footrest brackets, sharp indicator lamps, split seats and much more. The all new digital LCD instrument panel consisting of speedo, tacho, maximum speed, average speed, average fuel consumption, fuel/reserve indicators, trip meter, engine temperature and a clock has a sharp design that does justice to the sporty look of the bike as a whole.

The 2014 Yamaha YZF-R125 focuses on stability, handling and feedback compared to the 2013 model, which is evident from the new 41 mm upside-down forks in front, rear suspension with a new linkage system, and a 292 mm disc with a radial-mount caliper. The machine weighs 140 kg including an 11 liter fully filled fuel tank, which makes the bike 2 kgs heavier than the previous model. A minor tweak is done on the fuel injection which claims an 11% improvement in fuel economy.

The engine specifications however remains the same as its older model and it does not call for any criticism from the bike users, for the engine is known to perform flawlessly in the respective class. It features a single cylinder engine with a 124.7 cc displacement which produces its maximum power of 14.7 HP at 9000 RPM and 12.4 Nm of torque at 8000 RPM. The numbers obviously does not amuse the bikers with a thing for performance bikes, but sufficiently so for the targeted market. In fact the numbers and design make the existing R15 look slow and outdated. As of now, the 2014 Yamaha YZF-R125 has been announced only for the European market. This beauty of a motorcycle will probably never come to India, our hopes are still pinned on an update for the R15 and the launch of the production version of the Yamaha YZF-R25.