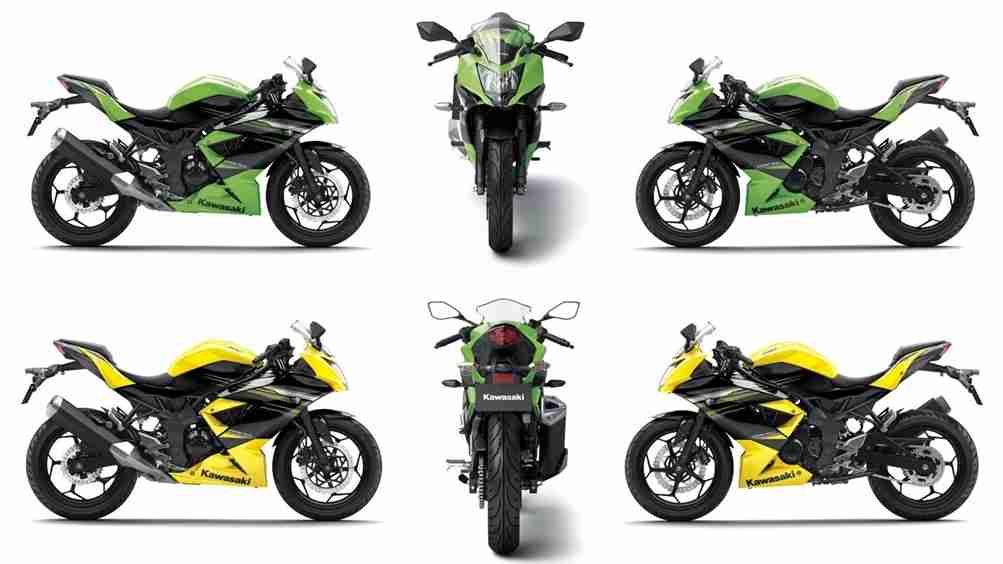 With the launch of the 2014 Kawasaki Ninja RR Mono – a single cylinder 250cc motorcycle, Kawasaki has made its intentions clear. They clearly want a larger pie of the 250cc market that is dominated by the Honda’s and KTM’s. The green monsters have already won the hearts of performance bikers across India since its launch. The Ninja family got a recognizable place in the Indian market among the top notch performance bikes with its amazing riding comfort and performance. However, the price tag which came along with these monsters always stayed as a barrier in witnessing much of the green flashes on the road, primarily attributed to the parallel twin mills that launched the bikes into thin air.

With the 2014 Ninja RR Mono Kawasaki have finally decided to roll out a Ninja which can be affordable and powerful at the same time. The all new Kawasaki Ninja RR Mono (Ninja 250 SL in some markets) which falls under that very category was unveiled in Indonesia. The Ninja RR Mono comes with a single cylinder, fuel injected 250 cc DOHC engine that can produce a maximum power of 27.61 BHP at 9700 RPM and a maximum torque of 22.6 Nm at 8200 RPM. The 6-speed gearbox can swift the Ninja up to a maximum speed of 153 kmph and take it to a halt using the 263 mm disc at the front and 193 mm disc at the rear with an optional ABS. The 1935 mm long, 685 mm wide and 1075 mm high Ninja 250 RR Mono marks its kerb weight at 151 kgs and has a steel trellis frame and an 11 litre fuel tank. For the visual pleasance thrown at the eyes, the new Ninja has a fully faired body, a single piece headlight and a small yet decent looking all-digital instrument panel.

The bike which is slightly lighter and smaller in comparison with the earlier parallel twin Ninja 250 and the Ninja 300 promises to handle like a dream and is expected to be capable of a smooth and quick maneuvering on the busy roads of India. The torque is good enough to accelerate and swift the bike across the slow paced metal junks and although it won’t give the same excitement when compared with the 390cc bikes rolling out from the KTM family, Kawasaki still has the upper hand when it comes to sheer build quality and ride perfection. We had discussed in an earlier article about the complexities involved in bringing this new Ninja RR Mono to India, primarily due to the current style of operations of Kawasaki in India. But then again there is a glimmer of hope as well, simply because India is definitely a strong market for this bike at the right price point and looking back we did receive a clue during the ZX-10R and ZX-14R launch that Kawasaki are planning to relaunch a 250 in India, this could be that 250, although it could be the Z250 as well.