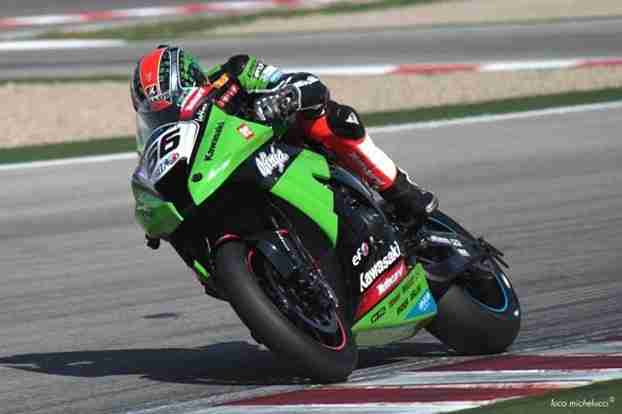 This weekend’s World Superbike round at Monza will definitely go down in history but not for its 25th anniversary, but rather to the unpredictable weather and the tires. After Race 1 was finally cancelled for safety reasons, Race 2 was further delayed as the Italian circuit presented itself once again dry with several wet patches and the riders again were unhappy with the conditions and unsure whether to race with the tires that Pirelli had specifically brought for this round.

The organizers mediated the situation, and decided that the race was dry, but shortened it to 16 laps, but leaving the final decision to race to the riders after they completed two warm-up laps. Once they returned to the grid Marco Melandri, Max Biaggi and Carlos Checa halted the start again unsatisfied with the conditions of the Ascari and Parabolica turns while other riders stated that they could race, if they were careful.

At the end everyone lined up on the grid, minus pole sitter Sylvain Guintoli and Michel Fabrizio, who both suffered technical issues on their Ducati’s and David Salom who suffered a broken shoulder during his Race 1 crash and John Hopkins who had a suspected foot injury.

Tom Sykes immediately took the lead and ran away leaving the BMW and Aprilia factory riders to dice it out until the 8th lap when the race was red flagged due to rain. The Kawasaki rider who had had a nine second margin over the rest of the field was awarded the victory and 12.5 points instead of the regular 25. Leon Haslam took the second spot on the podium with Eugene Laverty in third, making it almost an entire British podium, even if Laverty is from North Ireland.