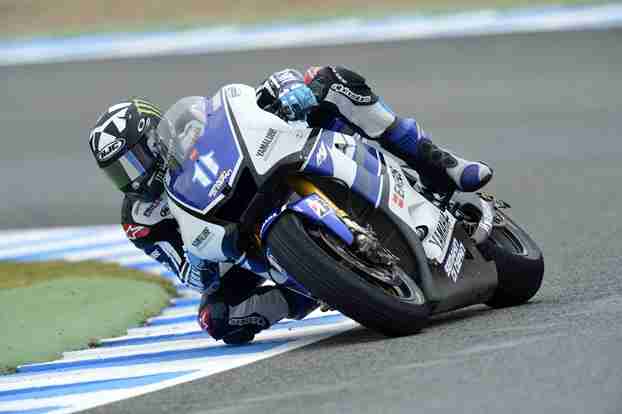 Yamaha Factory Racing head to Estoril this weekend on the Atlantic coast in Portugal for the second European round of the 2012 MotoGP World Championship, the first back to back race weekend of the season. Jorge Lorenzo arrives in confident mood as the Championship leader having taken victory in Qatar and a well deserved second place finish in Jerez last weekend. Estoril is another favourite track for Lorenzo with four consecutive premier class pole position starts, three race wins and one second place finish. He has never finished higher than second in the premier class there. The Mallorcan will be looking to defend and extend his four point lead in the standings.

Team mate Ben Spies arrives in Portugal determined to get his 2012 Championship back on track after a frustrating start to the season. The Texan has yet to complete a MotoGP race at the Estoril circuit having suffered misfortune in both 2010 and 2011.

The Autodromo Fernanda Pires de Silva sits just seven kilometres from the Atlantic coast and as such is notorious for dramatic weather changes; riders can see conditions change in seconds from warm sunshine to high winds and gusts of rain. Estoril provides one of the most challenging circuits for set up, featuring one of the longest straights of the MotoGP calendar combined with the one of the slowest corners. Lorenzo and Spies will need all their rider skills to negotiate the slow twisty sections then hold their nerve for the high speed 200km/hr kink at turn five and the infamous final Parabolica corner leading to the finish line.

“We go to Estoril now, a track which has seen very good results for me. I have had some great victories here, and really enjoy the racing. I think we can be very strong in the race and as in Jerez I think the right tyres will be very important. We are leading the Championship but the competition is very tough so we must give everything to try and stay in front. We also will test on Monday which will be important to continue to make the 1000cc M1 even better.”

“It’s been a pretty rough start to the season so far, we’re going to Estoril determined to get our championship back on track and get back up there. I’ve been pretty unlucky in Portugal so it’s time to change that and deliver a good result. We will work hard from the first session to find a good set up that works and see what we can do on Sunday.”

“It’s been a very good season so far, now we arrive in Estoril, another favourite track for Jorge, with him leading the Championship again, as was the case last year. We are definitely more competitive this year so we hope to be able to keep pushing at the front in all sessions and at least retain if not grow our Championship lead.”

“We expect Jorge to continue at Estoril as he started the season. It’s a favourite circuit for him, so we are confident he will be at the front again. Ben has had a difficult start to however we know that he is capable of running with the front group. We are working hard to give him the feeling he needs with the bike and we are confident that he will give 100% as always over the sessions and race.”