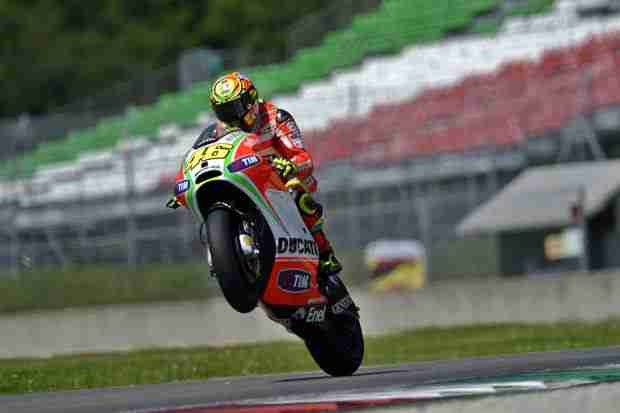 The first day of a two-day test for the Ducati Team at the Mugello circuit started off rainy, keeping Valentino Rossi and Nicky Hayden in the garage. Fortunately, the sun broke through the clouds at around 10:30 and, over the course of the next couple of hours, completely dried the track surface. Both riders took to the track at around 2:00 p.m., and they continued testing until it closed at about 6:15. They were looked after by their respective teams, headed by Jeremy Burgess and Juan Martinez and by Team Manager Vittoriano Guareschi. Test rider Franco Battaini and the Ducati Test Team, headed by Filippo Preziosi, were also present, having started on Tuesday.

Valentino Rossi completed 55 laps, Nicky Hayden 52, as they began their work on various configurations of the chassis, engine and electronics. The weather forecasts for tomorrow’s final day are favourable.