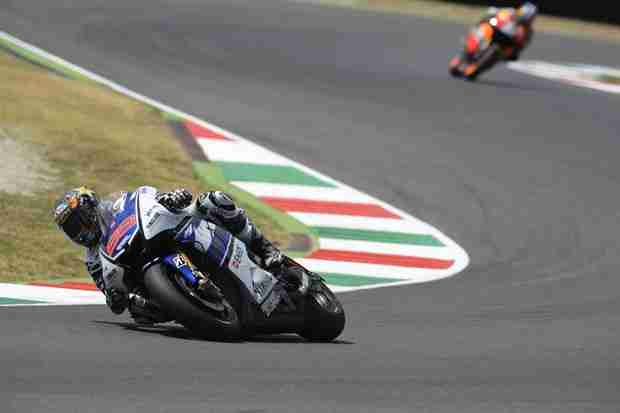 Having seen the Moto3 race first, when the big boys went to race things were all too predictable and saw Lorenzo take an easy win with his fate sealed almost immediately after the race began, he even did a little bit waving to the crowds way before crossing the chequered flag for his 5th win of the season. He was ahead by a huge 5.223 seconds from the next closest rider, Dani Pedrosa who came in second followed by Andrea Dovizioso who showed immense grit on the satellite machine.

The battle for third thankfully kept the race alive with Dovizioso and Bradl exchanging positions constantly. Dovizioso made his final move with just three laps to go and made his pass at the San Donato leaving Bradl fighting it out with Nicky, Rossi and Crutchlow.

Hayden went past Bradl at the Luco but immediately lost the spot with an attacking Bradl running him wide letting Rossi through immediately and then Crutchlow on the next turn. Bradl finished fourth and Rossi fifth followed by Crutchlow and then Hayden. Casey stoner who has been on the wrong side of tire problems and choices this weekend started fifth and made an early braking error to run off track and ended the race 8th, not before a little bit of drama with Alvaro Bautista, whom he overtook at the Luco-Poggio Secco, quite literally leaving his mark on him.

Hector Barbera after his maiden front row start moved all the way to 9th with Bautista behind him. Ben Spies had another race to forget, having started the day with a bad stomach and dizziness. Spies in the final lap managed to overtake Randy De Puniet who was ahead of him almost half the race. 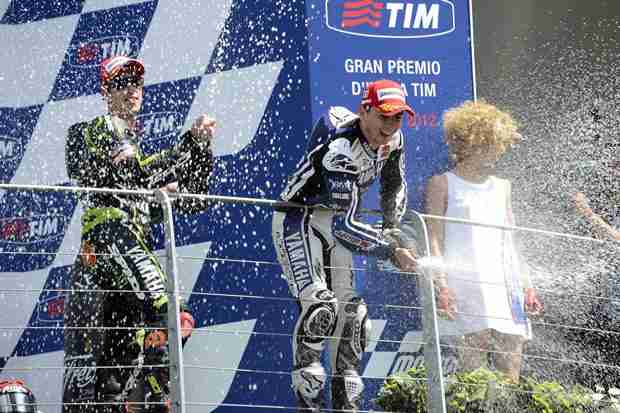