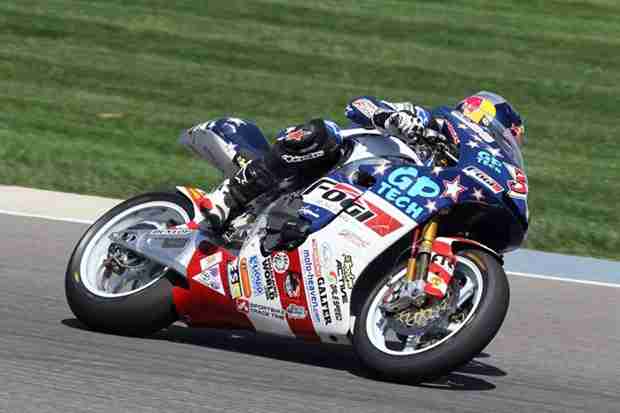 Back in 2010 at the Indianapolis GP, GPTech entered Jason DiSalvo as a wild card in  the Moto2 race with a FTR M210, and DiSalvo finished in a highly respectable 9th place, two years later GPTech has obtained another wildcard entry, but this time it will be in MotoGP, with a CRT machine. Their CRT will have a BCL Motorsports aluminum frame and as Vesrah Suzuki/MCJ Motorsports is their technical partner on the project, the GPTech bike will house a Suzuki GSX-R 1000 engine.

The project has been in the works since January, but they’ve kept quiet until they received an okay from Dorna. The newly formed team has yet to announce who will be riding the first MotoGP CRT bike with a Suzuki engine.

“The new CRT rules have allowed us the freedom to develop a complete program that is worthy of being on the Moto GP grid. A big thanks goes out to everyone behind the scenes helping!” said GPtech owner Geoff Maloney. While Mark Junge, owner Vesrah Suzuki/MCJ Motorsports said, “Being able to develop a Suzuki GSXR 1000 engine under the CRT rules of MotoGP is a huge opportunity and I look forward to building a competitive engine package.”

This will be the second MotoGP CRT wild card entry, as Attack Performance has already announced they’ll be entering Steve Rapp on CRT bike with a CNC chassis and Kawasaki ZX-10R engine and they’ll be doing both US races.