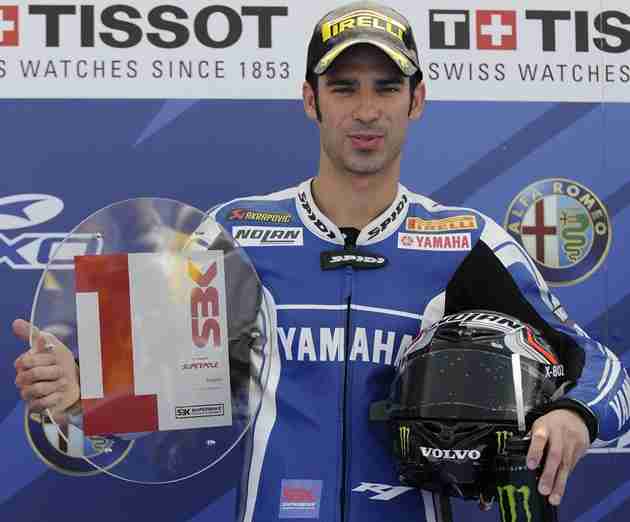 Marco Melandri has renewed the contract that ties him to Yamaha and the Italian will again ride the YZF-R1 machine in the 2012 FIM Superbike World Championship.
“Yes, next year I’ll still be here in Superbike” revealed the 28 year-old former 250 cc world champion in an interview published in Italian weekly magazine Motosprint. “After changing four bikes and four teams in the last four years I am very happy to be able to build something that will last rather than having to start over again every time.”
On the eve of the ninth round of the calendar this weekend at Silverstone, the Yamaha World Superbike Team has now confirmed its 2012 line-up, with Eugene Laverty already under contract for next season.
“Silverstone is a track that I adore and I really like the fast bits. It’s very long and difficult and I am sure that we’ll offer two great races to all Superbike fans. Brno was fantastic not only for everyone watching but also for us riders. The duel with Max was really exciting, I enjoyed it a lot. He’s an ‘oldie’ but he’s still a strong racer. And I’m sure that in the UK we’ll both have to deal with Carlos Checa again and maybe there’ll some other surprises.”