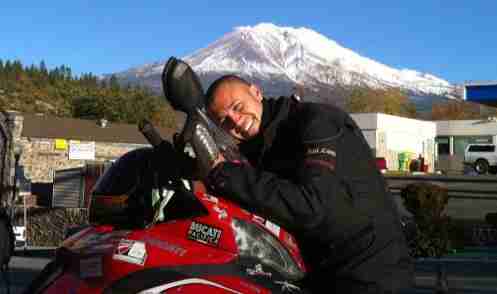 Paolo Pirozzi, Chairman of the Ducati Dreams Club in Naples, always dreamed of making a solo round-the-world trip on a Ducati.
Ducati made that dream come true. On 13th June, in fact, at World Ducati Week, Paolo began his long-awaited round-the-world adventure on a Ducati Multistrada 1200.

The 31-year-old President of the Naples Ducati Dreams Club, Paolo Pirozzi, says he’s a “motorcyclist” by profession — and so he should. Pirozzi has clocked up over 450,000km (280,000 miles) aboard his many Bologna-made Ducati motorcycles, including the realisation of his latest round-the-world dream trip, which covered an incredible list of countries and visited 80 of the D.O.Cs (Ducati Owners Clubs) located around the globe. 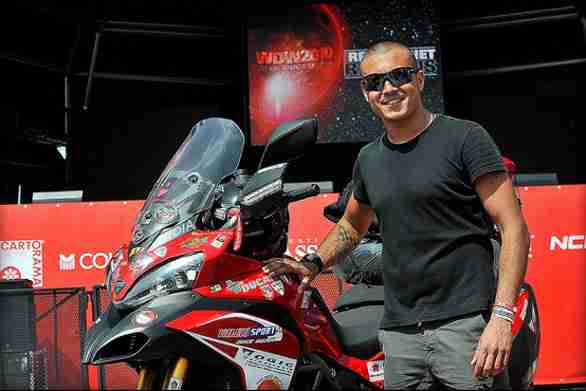 Not only in character with the famous Italian manufacturer’s heritage of victory, success and pure Italian style, Pirozzi’s latest adventure also characterises the award winning Multistrada 1200. Its innovative four-bikes-in-one concept has set a new benchmark in motorcycling by combining Ducati’s race-proven technologies to provide the electronically selected riding modes of Sport, Touring, Urban and Enduro.

Pirozzi’s round-the-world trip began at World Ducati Week in Misano in June 2010 and ended with his grand arrival at the racetrack of Imola at the end of May 2011. Hundreds of people witnessed his finishing ceremony, including Ducati’s President and CEO, Gabriele Del Torchio, who wanted to welcome the Neopolitan adventurer back in person. A podium was constructed by Pirozzi’s “Ducatisti” friends with two of his former Ducati motorcycles, “Nenna”, a Monster 900, and “Jessica”, a Multistrada 620 on either side. Both bikes had been ridden on previous adventures such as Bologna to Beijing. On the top step of the podium was the Ducati which had just taken him safely across five continents — the Multistrada 1200 S affectionately named “Lidia” by Pirozzi. 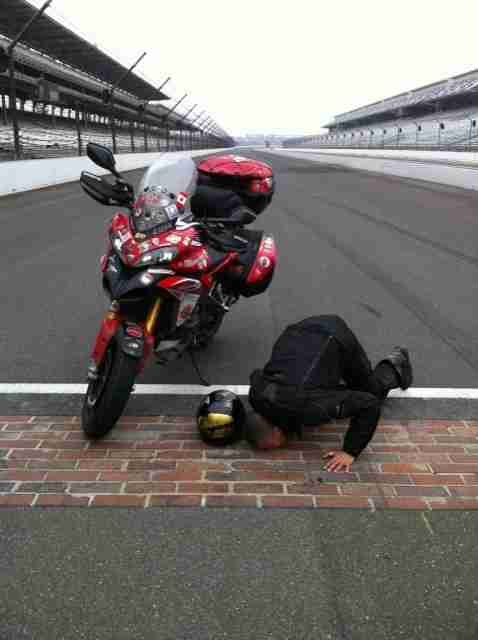 He had set off from Misano onboard what was a brand new Multistrada 1200 S, one of the first to roll off the production line at Bologna, and along the way demonstrated the special relationship between a Ducati and its rider and how cultural barriers can be removed with shared passion for motorcycling.

The challenge of this epic voyage was welcomed by Ducati, who supported Pirozzi from the factory in Bologna by helping with his logistics and carefully taking note Paolo’s valuable technical feedback during the journey.

From Misano, that journey went through Greece, Bulgaria, Romania, Belgium, Eastern Europe and Northern Europe and was marked along the way with the familiar warmth of Ducati Owners Clubs which enthusiastically hosted Pirozzi. In Moscow, one particular local Ducatista, became a much appreciated travel companion riding with him for three weeks through freezing Siberia.

On then to Japan, where Paolo’s Multistrada 1200 S checked in for its second service at 24,000km (15,000 miles) and then to China and the Asian Ducati Week event in Malaysia held during the MotoGP race. It was in Malaysia that Pirozzi realised another dream by riding around the track with his hero, Troy Bayliss. Through China and on to Pakistan and as the total kilometres increased, so did his popularity. 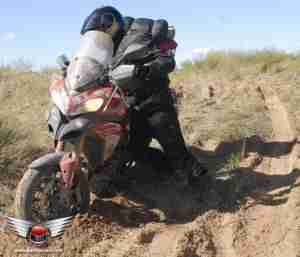 As kilometres and autographs went hand in hand, he went on to Australia and Canada before arriving in the USA, where his schedule was already crammed full. American clubs, Ducati events and meetings with local personalities were scheduled at 700km (435 mile) intervals along his route in addition to a mass of local newspapers and television crews who wanted the story of the unstoppable Ducati ambassador.

It was while in Miami that Ducati organised a memorable birthday party for Paolo by flying his mother across the Atlantic from Italy to celebrate with him. In Las Vegas the celebrations are now set to be repeated every year, even without Paolo, as local Ducatisti will mark the 8 November as the official “Paolo Pirozzi Day”.

Mexico finally saw Paolo enjoying a few days of rest prior to continuing down to South America and stopping off in Costa Rica, Honduras, Panama, Colombia, Peru, Chile, Argentina and the Tierra del Fuego before finally reaching Ushuaia, the southernmost inhabited place on earth. After that, Paolo and his Multistrada 1200 S returned to Europe where they visited England, France, Portugal, Morocco and Spain, before reaching the finish line of the famous racetrack in Imola, Italy at the end of May 2011.

Naturally, Paolo Pirozzi’s dreams are not over yet and this intrepid traveller from Naples is already planning his next big trip, which will take him to the magic half a million kilometres and the next World Ducati Week event in 2012. 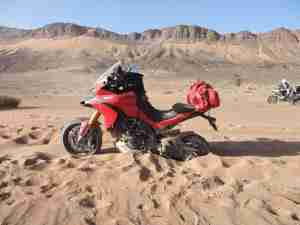 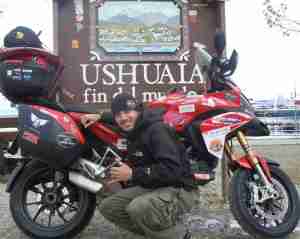 To find out more about Paolo Pirozzi’s adventures, see his travel blog and huge gallery of photos from the trip that took him Around the World in 80 D.O.Cs, go to: www.paolopirozzi.it and www.ducati.com