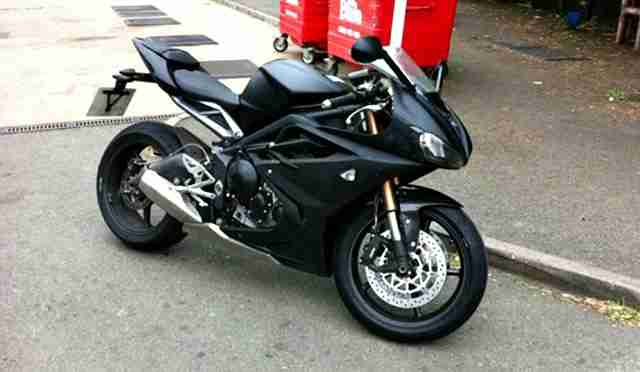 Couple of weeks back we brought you confirmed news of the new Daytona 675 from Triumph which has an official launch planned at the EICMA 2012. Triumph is all set to slowly change and upgrade its entire portfolio of bikes by the year 2013 and the Daytona 675 is just the beginning. There were rumors of a Triumph Street triple or a Speed triple based small bike in the range of 267cc to 350cc also in the pipeline with its sketches being released online.

What we have today is the best picture available yet of the Daytone 675 thanks to the BARF forums. The photo confirms that the new Daytona gets a new harness, an exhaust system located on the right side of the bike, new tail lights with a redesigned tail section, add to that new seats and LED daytime running lights situated above the ram air intakes. Like we had mentioned during the earlier spotting, the Daytona 675 along with the possible 300 odd cc motorcycle would just be perfect additions to the Triumph portfolio for India. Fingers crossed. 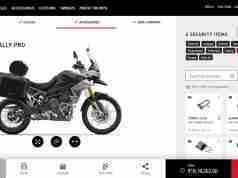