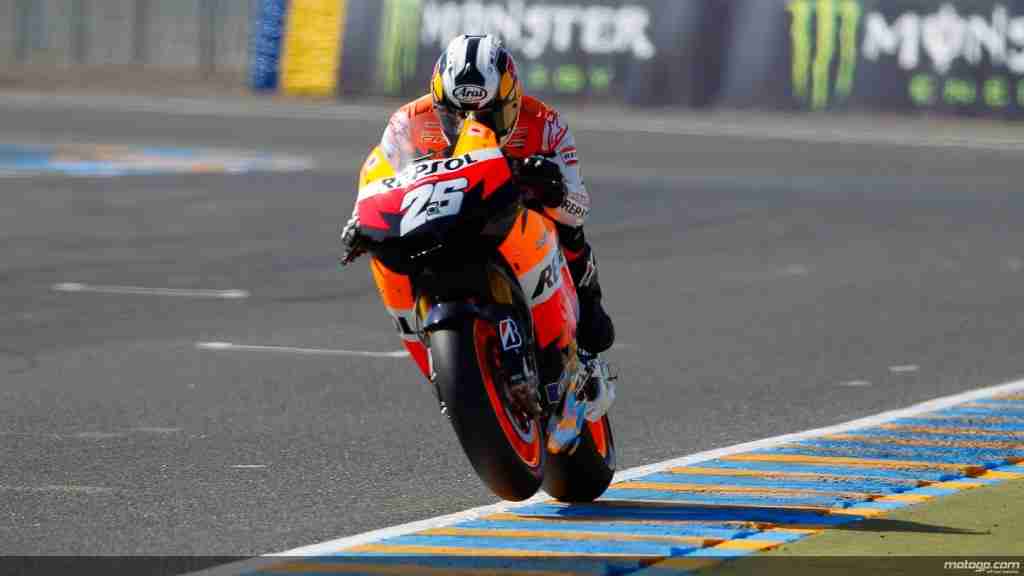 Pedrosa’s right shoulder, that suffered a fracture during the crash in Le Mans, has had a plate and screws attached which are much smaller than the common ones used. In such conditions, recovery time is not as rapid as similar surgeries and to avoid any further complications, Pedrosa has decided with doctors recommendations to postpone his comeback until he is 100% fit.

Dani Pedrosa – “After dedicating some time entirely to recover, I have decided not to take part in the British Grand Prix this week. I’ve done everything I could to be fit in time for Silverstone, but the conditions are not right to return to compete with guarantees. I need to feel 100% fit before I get on the bike again and to be sure I can fight for the victory, I don’t want to go out there just to do laps. I’ve raced many times with pain and the experience tells me I’m still not ready to be competitive. I’ve decided not to take further risks and will instead continue my recovery process so I may return in the best possible way. It’s time for me to be logical and not only follow what my heart says, or my desire to return. I want to return as soon as possible, but I want to do it when I have ability to fight to win. It’s not the time yet”.

Pedrosa is currently 4th in the Championship with a gap of 37 points between him and fellow Spaniard and leader of the Championship, Jorge Lorenzo, who is at 98 points. Wishing him the very best for a speedy recovery!