Stuart Garner confirmed that the legendary British brand will return to MotoGP next year.
The British brand comes back to the old track which once it dominated. Hard core MotoGP followers would know about the brands victories in the 350 and 500 classes and 5 manufacturer titles in the fifties. The last time Norton motorcycle’s won a race almost twenty years ago. 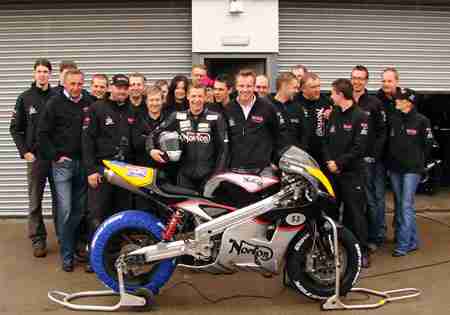 The plan to compete in the royal class was hatched in late April. Middle of last month all the necessary documentation were submitted to the FIM and the beginning of this month a deposit was made, which serves as a security so that manufacturer does not give up his plan. That should not be a problem for Norton as the prototype is currently in an advanced stage of development, and the first tests on the track would be in August.

The chassis for Norton was done in collaboration with the British team Moto2 FTR Moto while the V4 engine that will drive the whole thing was developed with the help of people from Primo Racing. Suspension of this is from Curb Austin Racing Suspension and K-Tech.Now Norton would require sponsors to burden the financing of the royal class.
Goals in the first year for Norton would only be to compete, while after three seasons, is to be among the top ten. It definitely is an ambitious and not unrealistic if you ask any expert. What Norton is currently missing are two drivers who will try to accomplish these targets on the track.
Norton prefers a combination of experience and youth so the team will definitely see some of the older names of the motorcycle scene. Luckily UK has talent in plenty with names like Leon Camier, Cal Crutchlow, Jonathan Rea, Leon Haslam, Tom Sykes, Shane Byrne and James Toseland. About who among these will make it to the team, well, we will just have to wait and watch. :) 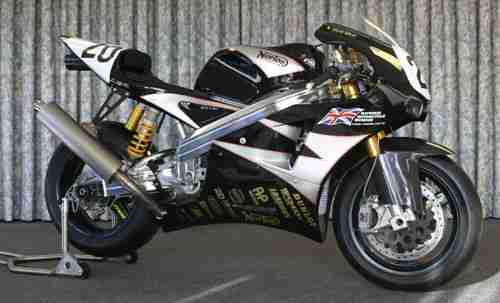