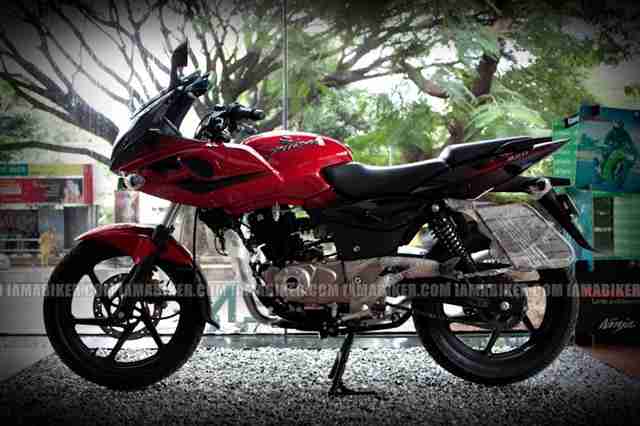 As Bajaj sets to launch the all new ‘next-generation’ Pulsars in the coming months, rumored to be in October to commemorate 10 years of existence of the Pulsar brand in India, we see what could be the final update that the current generation Bajaj Pulsar’s get. The upgrade is purely cosmetic. The engine now get a new coat of golden matt brown, the body gets decals that make the Pulsar come in two different combinations of colours, namely black-blue and black-red.

There is a lot of hype around the next generation Pulsar variants, which is supposed to have a all new chassis, engine tech from the KTM’s, design on the basis of the Pulsar 135 LS expect it to be liquid cooled and a 4 valve single cylinder. October being the month that Pulsars were initially introduced, it is likely that Bajaj would want to target this month and celebrate the 10 year anniversary of Pulsar in India. There are still only speculations around what capacity these bikes would be of. We would love to see a 300-250CC LC 4V, a little too ambitious? Stay tuned as we try and bring you more inside news.