We had earlier shown you the teaser shots that Suzuki had released of their new 2012 V-Strom. The sketches and blurry images gave little away in terms of looks and technical details. Now though, rather strangely, the images and technical details of the bike has been leaked on Suzuki’s Global website.

The bike now sports a restyled front fairing with side strakes that give it a sportier look compared to its predecessor. The wind-screen on the new fairing comes with three- way adjustable settings. Apart from the fairing and few other minor cosmetic changes, the bike retains most of the visual charm of the old V-Strom.  The new bike also has a smaller fuel tank now with a capacity of 20 litres rather than 22 litres that its older sibling had.

The new V-Strom derives its motor from the Gladius which has a SFV650 90 degree V- twin engine that produces 645cc. However, the engine has been tweaked to produce better mid and low range torque to aid the adventure driven concept of the bike. The Suzuki-patented wind-directing air intake has been incorporated in the bike with a more compact radiator. With the new fairing, the bike now also has side vents which are meant to keep the rider’s legs cool and redirect hot air.

From the pictures, it seems like the suspension system will be the same as seen in the old version. In the front, the bike will come with a spring-preload-adjustable 43mm fork and the rear will have a rebound-adjustable link type suspension. The bike will have dual 310mm discs up front and 260mm disc at the rear, with ABS as standard on all bikes. 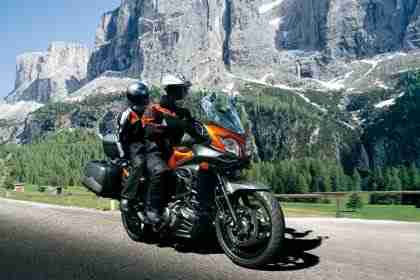 The instrument panel will come with a brightness adjustable LCD, that will display an array of information like dual trip meter, gear position, coolant and ambient temperature and a clock apart from the usual speedometer, odometer and fuel gauge. 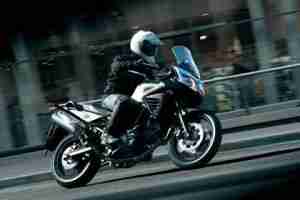 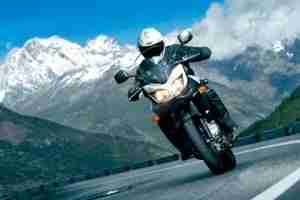