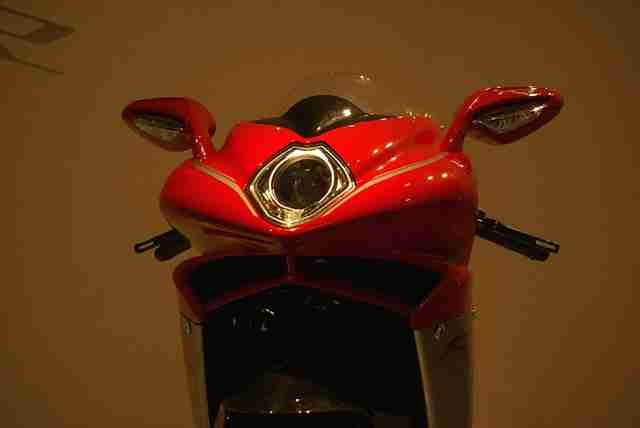 Let’s face it, the new MV Agusta F4 RR is quite a rare motorcycle and you can consider yourself lucky if you can see one on road. Finally everybody got to see it to their hearts content at the EICMA this year along with its slightly cheaper model the F4 R.

The F4 RR “Corsacorta” has new thermodynamics, a new crankshaft, and a larger bore and decreased stroke reducing the linear velocity of moving pistons making the engine more reliable. To exploit the 198 hp the F4 gets new Ã–hlins suspension and Brembo brakes and if you feel that the technology and the components are less by any chance, you can always get a host of extra accessories to personalize your bike. The F4 R also runs a four-cylinder engine with a power of 198 hp. The F4 R comes a lot cheaper as the braking and suspension system are different from that on the F4 RR. The F4 R has definitely made a big impact in sales numbers as its completely sold out.