MotoGP — Dani Pedrosa emerges as the victor in only his second race after return from a collarbone injury. Lorenzo and Stoner scrap for second place in the last few laps with the Spaniard outsmarting the Australian in the last corner on the last lap. Doviziosi pips Ben Spies and Marco Simoncelli to the line to grab 4th spot and Alvaro Bautista beating Nicky Hayden and Valentino Rossi to 6th place. 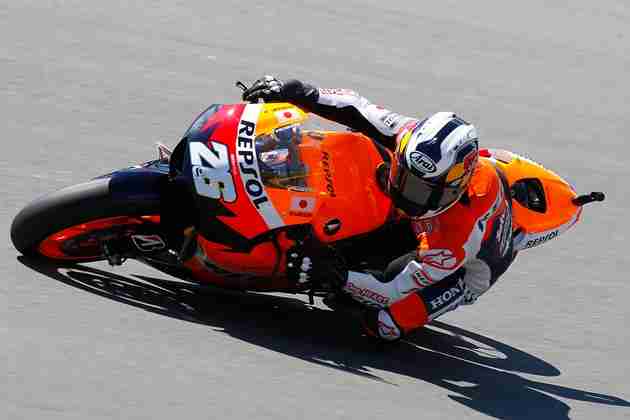 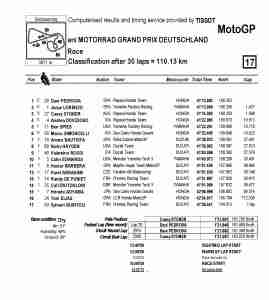 Moto2 — Marquez shines over the German GP weekend and takes first place in the race. Bradl pushed to second on his home soil after leading the race till 27th lap of the 29 lap race. De Angelis finishes on the podium for the first time this season. 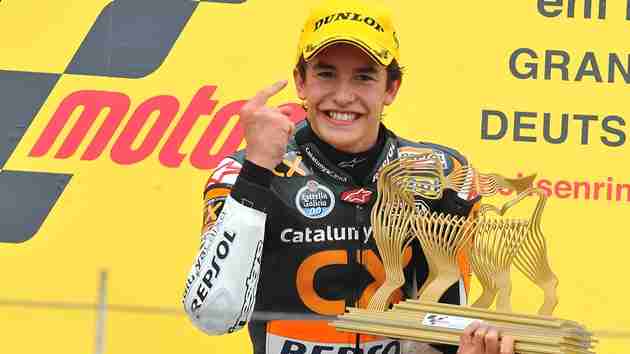 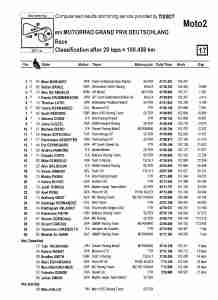 125cc — Cracker of a race ends with two riders, Hector Faubel and Johann Zarco, finishing over the line at the same time! Race direction couldn’t decide the winner even with the help of a photo finish as seen in the picture. Faubel was declared the winner on account of fastest best time during the race. Paris Hilton Racing’s Maverick Vinales finished third. 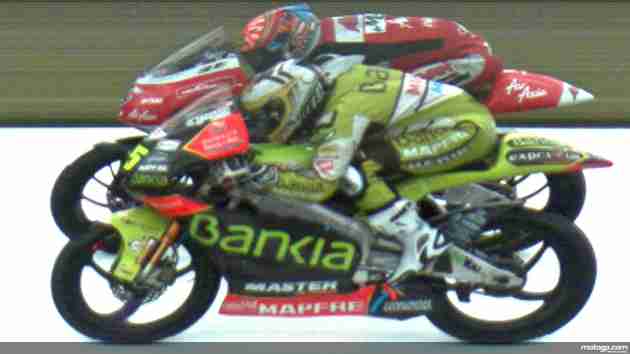 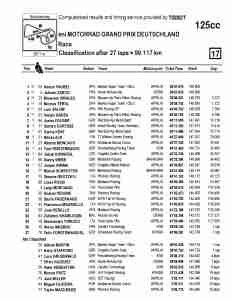