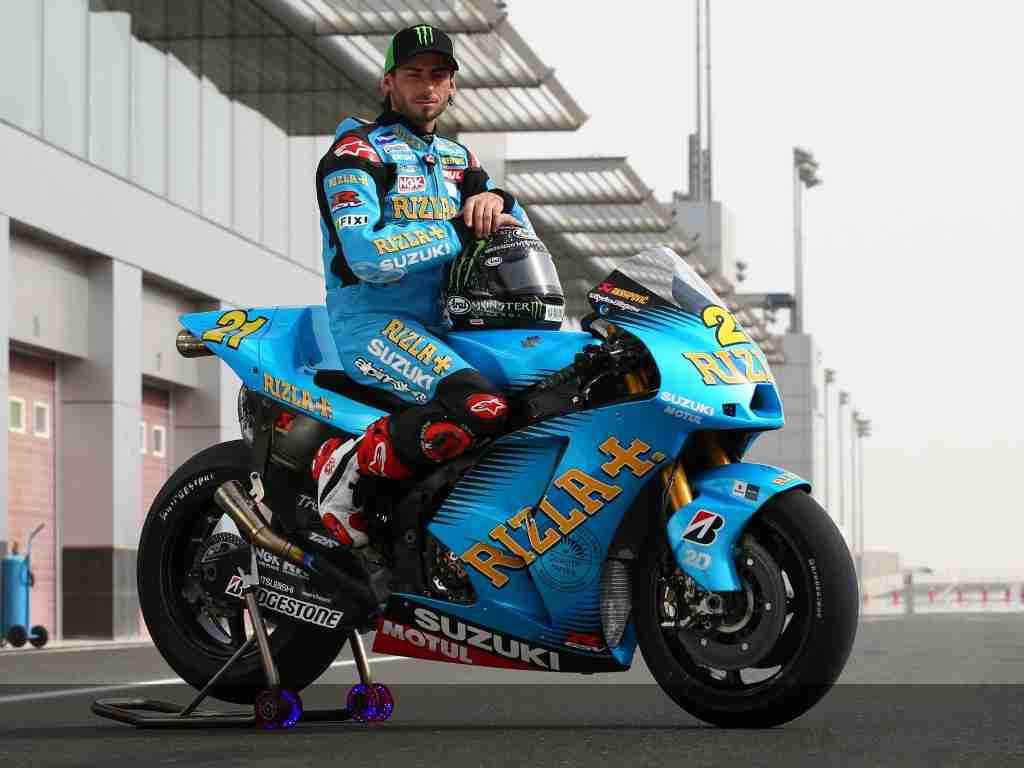 John Hopkins will race for the Rizla Suzuki MotoGP team in the Czech Republic round of the MotoGP World Championship at Brno on Sunday 14th August.

Hopkins will make his second appearance of the season for the Rizla Suzuki squad,  this time as a team-mate for Ãlvaro Bautista rather than as a replacement. Hopkins deputised for the injured Spaniard at Jerez and scored a creditable 10th place at the Spanish Grand Prix, due to Bautista’s inability to ride following the broken femur he suffered in Qatar.

The Anglo-American racer last rode at Brno for Rizla Suzuki in 2007 and recorded his best-ever finish in a MotoGP race by bringing his Suzuki GSV-R home in second place – a result that went some way to seeing Hopkins secure fourth place in the championship that season.

Hopkins is currently in second place in the British Superbike championship onboard a Suzuki GSX-R1000 with the Samsung Crescent Racing team. His next event is at Silverstone in England, when he gets a taste of World Championship motorcycle racing as he competes in the WSB series on Sunday 29th July.

“It’s a real thrill to get the opportunity to ride at Brno and I’m really looking forward to it. I’m very pleased that we have been able to achieve it because it is something we have been working on for a long time. To be honest it couldn’t be at a better track for me either, I had my best result in my MotoGP career at that track and I’m really pumped that I am going there again. As far as the Suzuki goes, I think it’s a great bike and the package is a lot better than when I last rode it in 2007. I think that in comparison to what I was able to do in Jerez, I believe I will be able to perform a lot better because back then I hadn’t been on a bike in a competitive environment for six or seven months. I got thrown in at the deep-end in Spain, but this time I will have a lot more race-craft. It’s also a huge benefit for me to be riding alongside Ãlvaro instead of riding in-place of him, so that will be really good, not just for me but for the whole team. With the two of us we can help develop the bike and share the extra data to get the best out of the GSV-R. It will be better to be riding with him in the team instead of replacing him, because nobody likes to see a rider injured and having more bikes on the grid is always better for everyone. I really want to thank everyone at Suzuki for giving me this chance and my Samsung Crescent team back in England for letting me take the opportunity to go back to MotoGP — even if it is just for one ride at the moment!”

“Everyone at Rizla Suzuki is looking forward to welcoming John back into the fold for the Brno Grand Prix. It is a track that the GSV-R has gone well at in the past, a track that John really enjoys and we’ll be doing everything we can to give him a decent platform to get a good result. We also hope that John’s MotoGP experience and data during the weekend will help us find a better solution for both riders and increase our performance overall.”

As it stands, John Hopkins will be competing in World Superbike, British Superbike and MotoGP this season. The two weeks of racing in WSBK Silverstone and MotoGP Brno round will certainly be a hectic and crucial one for the ‘Hopper’.