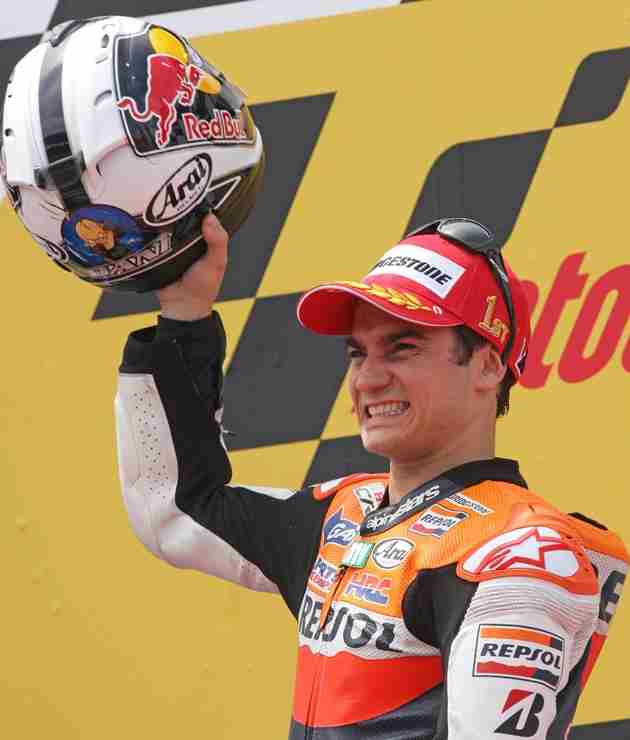 Dani Pedrosa will make his much-anticipated return to action at this weekend’s Gran Premio d’Italia TIM, having missed the previous three GPs through injury.

The Repsol Honda rider, who fractured his right collarbone in a crash in the race at Le Mans on May 15th, said in his personal blog: “For some weeks now I have wanted to tell you when I’ll return to action, and finally today I can. These past weeks have been difficult, but I knew I had to concentrate on my recovery in order to ensure that I get back on the bike in the best way possible. As I said last week, Mugello was the objective and it’s the only thing I’m thinking of at the moment.”

“I head to Italy with great motivation to be back on the bike, to see how I’m feeling and to compete,” continued Pedrosa. “As well as riding again I’m really looking forward to getting back and seeing all the team, working with them and trying to do well. At the end of the day we’re like a family. You miss it when you spend such a long period without competing.”

Discussing his rehabilitation from injury, Pedrosa added: “The truth is that it (collarbone) has improved a lot since I had the second operation. It seems we’ve solved the problem and the good feeling I had in the days following the operation confirmed that. Now I need to see what I feel like when I’m on the bike during a race.”

Dani Pedrosa replaced by Aoyama for Austin and Argentina races