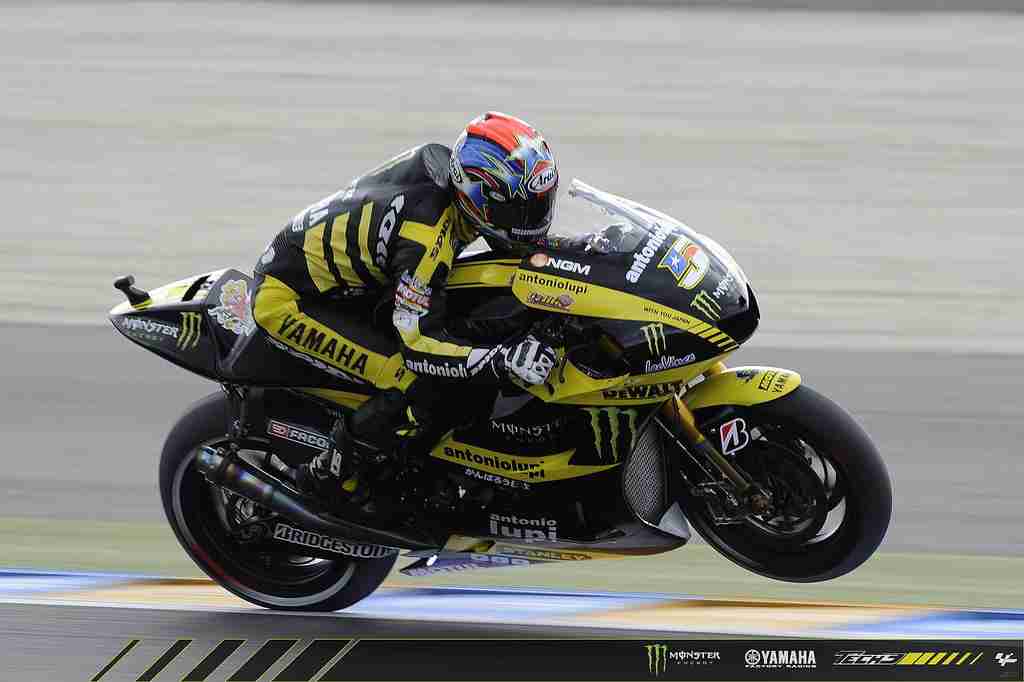 Monster Yamaha Tech 3 Team rider Colin Edwards will participate in this weekend’s British Grand Prix at the Silverstone circuit having passed a medical assessment on his right shoulder today.

The 37-year-old missed last weekend’s Gran Premi Aperol di Catalunya after breaking his right collarbone in a practice crash at the Montmelo circuit. The American had a titanium plate and 13 screws inserted in the shoulder during a three-hour operation performed by Dr Xavier Mir and Dr Victor Marlet at the USP Institut Universitari Dexeus last Saturday.

He was unable to race in Montmelo and saw his phenomenal record of never missing a MotoGP race since his debut in 2003 ended after 141 successive appearances. But he will compete in round six of the 2011 MotoGP World Championship at Silverstone having been given the all-clear by circuit medical staff following a thorough assessment of his shoulder this afternoon.

Colin Edwards: “I was confident I would get through the medical and now I’m just looking forward to the weekend and being back on track with the Monster Yamaha Tech 3 Team. The shoulder feels fantastic and I can’t thank Dr Xavier Mir and his staff enough because without them I wouldn’t be in a position to even consider riding. I know it is not going to be an easy weekend because there are some fast changes of direction and hard braking at Silverstone, but I’m confident I can do a good job and bring home some points for the Team.”