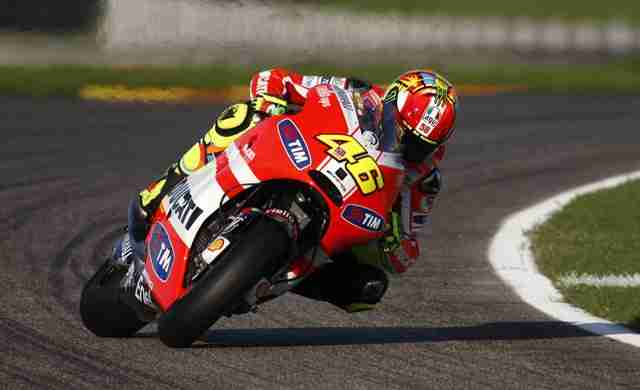 Under perfect conditions with no wind and an air temperature of 20 degrees, Pedrosa completed 45 laps and recorded the day’s fastest time with a 1’31.807 on lap 12. Team mate Stoner did 33 laps on his RC213V and logged the second fastest time of the day on his 15th lap with a time of 1’31.968. Yamaha Factory Racing has now completed the second of the two days of the official Valencia MotoGP test. Rider Ben Spies spent the sessions working through two differing engine specifications and a number of frame and geometry settings on the 2012 1000cc YZR-M1. The data will now go back to Japan with the Yamaha engineers who will work on the next stage of development ahead of the first 2012 test in Malaysia at the end of January. Despite missing the valuable input of team mate Jorge Lorenzo, all the required testing was completed within the two days. Just as was the case yesterday, the second and final day of Valencia’s post-race MotoGP test was blessed with ideal weather conditions. Valentino Rossi was among the first riders to get on his bike after the track was opened, and he worked tirelessly with his team and Filippo Preziosi to carry out the tests requested by the engineers, who will continue working on the 2012 project tomorrow in Bologna.

At the conclusion of the test Spies was third in the timesheets with a best lap time of 1’32.338 after completing 57 laps. “It’s been a long two days,” said Ben Spies. “We had a lot of work to do with Jorge not being here but we’ve got through everything. I think we got the guys working in the right direction, we’re still quite a way from Qatar and what we’ll be racing with but we’ve got a good idea of what we need to work on. There’s a lot of potential in what we have so they’ll go back to Japan now to work on it for a couple of months and we’ll see what we have as a package next year. The team and engineers have worked really hard for the last couple of days so a big thank you to them.”

“It’s been a really good test,” commented Yamaha Team Director Massimo Meregalli. “We got a lot of data, everything we were missing in the previous tests from cancellations and injuries etc. The work that we’ve done is good, the schedule is completed and we are quite satisfied. There is of course still some work to do but I think it’s been positive. Now they’ll check the data in Japan and we’ll see the next step in January. Ben did a really good job; I’ve never seen him so focused in a test. It’s the best way to start the new season.”

This final testing day of 2011 saw both Honda riders fine tuning elements of their 2012, 1000cc machine. As well as testing the new 2012 Bridgestone tyres, both riders worked on general set up of the machines, Dani Pedrosa also worked on engine mapping and rear shock set up, and Casey Stoner focused on reducing chattering in the front. Feedback from both riders will be taken back to HRC in Japan, to further develop the RC213V in preparation for the next test in Malaysia, taking place at the end of January 2012.

This two testing days were also used by the engineers of the Repsol Technology Centre and Honda HRC to continue with the intense working program started many months ago to develop the fuel and lubricant for the 2012 Honda RC213V. This development, both of the 1000cc engine and of the fuel and lubricant, will be done jointly by Honda HRC and Repsol. In that way the maximum performance from both elements will be obtained.

The new Repsol fuel aims to take from the new 1000cc engine the maximum power, top speed and usability with the proper power output for each situation that can be found in a circuit: straights, corners, acceleration… While working on that objective, consumption is also taken into account. It is a very important parameter because the tank has a limited capacity of 21 litres, as per the International Motorcycling Federation (FIM) rules.

Once again, official test rider Franco Battaini substituted for Nicky Hayden, who has an injured scaphoid in his right wrist, though the American stayed at the track and followed the test from the Ducati Team garage. Hayden will likely undergo a small operation in the coming days to speed up his recovery. MotoGP concludes its 2011 season of racing and testing, and will return to action with the first winter test, planned in Sepang, Malaysia, from January 21 to February 2.

Results from day 2 of testing