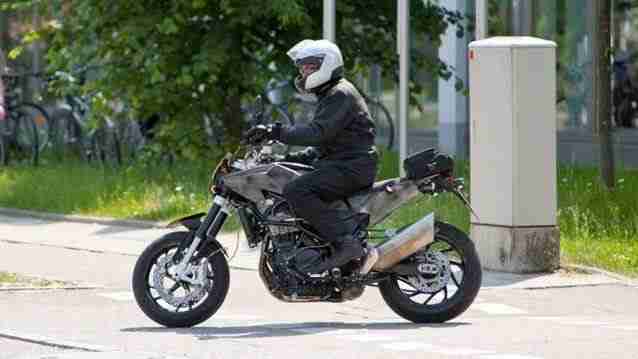 Three distant photographs  of the camouflage prototype has emerged as a confirmation that the longtime dirt bike manufacturer Husqvarna is to begin building road bikes. These are the first images yet seen of the naked streetfighter which will use a new 900cc version of the Rotax parallel twin used by BMW.

The new Husqy is expected to be shown publicly for the first time at the EICMA motorcycle fair in Milan later this year, and there may be several other variants on the theme as Husqvarna and BMW seek to extract maximum value from the apparently wickedly precise new motor. 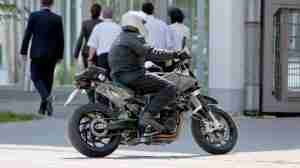 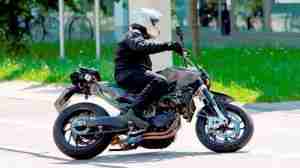