Chris Malloy’s Hoverbike has definitely generated some buzz and if it does what it says, there’s going to be a long line of customers waiting for a chance to get on board, this twin rotor BMW boxer powered flying motorcycle will do more than give you the feeling of flying, you’ll BE flying. 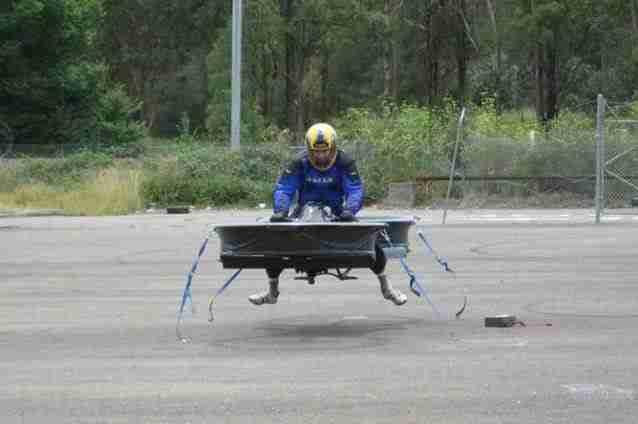 The carbon fiber Hoverbike weighs 231 pounds with a maximum takeoff weight of 595 pounds. On just the primary fuel tank it has a range of 92 miles at 80 knots (92 mph), with a theoretical top speed of 172 mph and a maximum altitude of 10,000 feet! So far, all tests have been tethered so these performance figures are somewhat speculative, but if he gets into the next phase of actual untethered flight, we’ll know whether those numbers can be achieved. 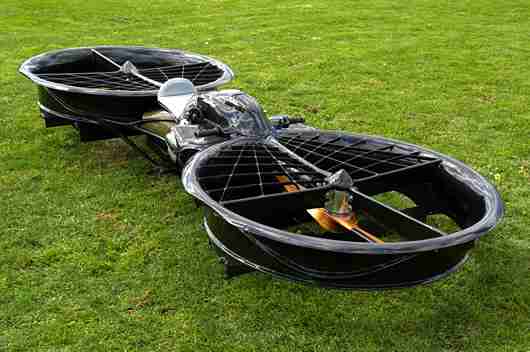 Control of the Hoverbike is done completely via the handlebars. Forward and reverse movement is controlled via the motorbike-like handlebar grips. The right grip increases the thrust, while the left grip controls the angle of the control vanes positioned under the rotors to pitch the nose of the Hoverbike down – for forward movement – or up – for moving backwards. Meanwhile, turning is achieved by turning the handlebars left and right, just like a motorbike but with an extra axis that lets them rotate up and down a little, which alters the angle of the front and rear control vanes.

With safety an obvious concern for airborne vehicles, Malloy says he has given as many components as possible triple redundancy and made the Hoverbike design as simple as possible. The current prototype doesn’t feature adjustable pitch propellers so it cannot autorotate in the case of an engine failure, but Malloy says the ability to add two explosive parachutes to the Hoverbike’s airfarme or have the rider wearing a parachute is a safer option.

Malloy also says he plans to have the whole system controlled by gyros and he has already designed and partially tested the circuits and code required. But he initially wants to fine-tune the controls mechanically first to ensure he produces the most stable design. Eventually however, he says there will be room for a computer override of sorts to stop amateur pilots tipping over. The propellers, which are currently largely exposed, will also be fully covered in a mesh to ensure limbs don’t get too near the blades. 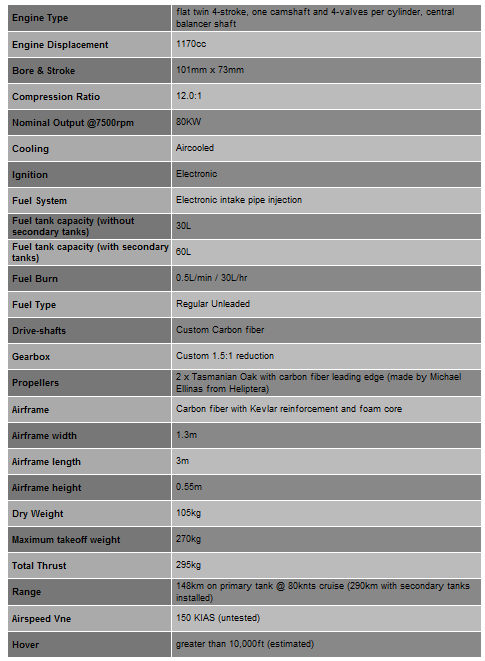 Here is the video of the first test that has been done to test the airflow: 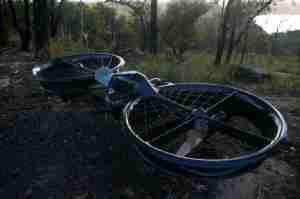 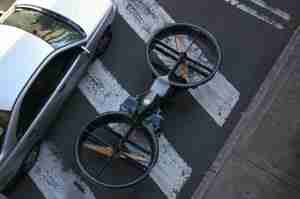 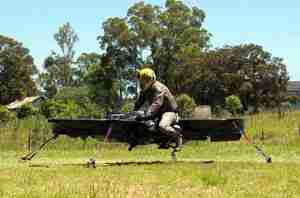 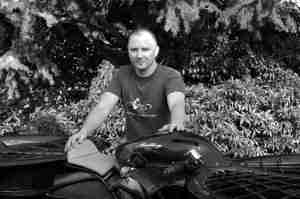