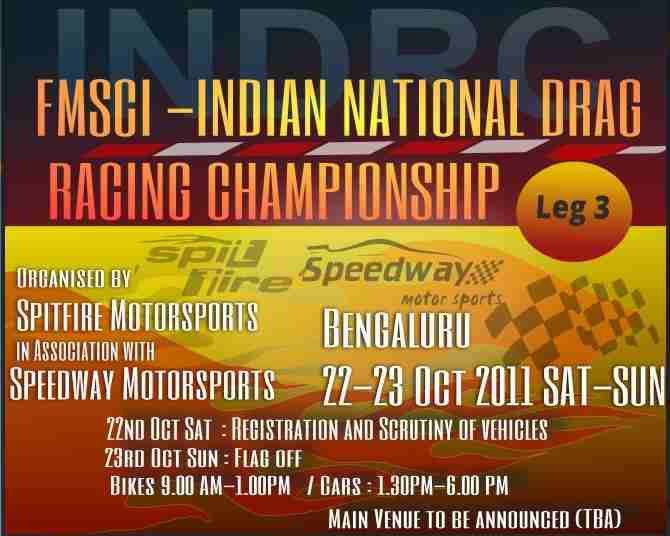 The FMSCI approved Indian National Drag Racing championship has now arrived at Bangalore for leg 3 of its championship. The event will be held on 22-23rd of October 2011. Day one, 22nd October would be for the registration and scrutiny of the vehicles by the judges and approved vehicles would fight for victory the next day, ie. the 23rd October a Sunday.

The location has not yet been fixed but in all probability would be at the Jakkur air strip, close to Hebbal, Bangalore. Its indeed a beautiful chance for all the enthusiasts at Bangalore and close by city’s who were deprived of a chance to show case their tuning skills. The drags have always brought out the best from hiding and we are sure to see some exotic machines along with many custom machines battle it out for top time.

The different classes for two-wheeler’s are:

Foreign Bikes 750 CC and Above

To register yourself for the drag event, head on to the Speedway Motorsports website.