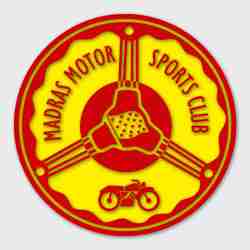 The Madras Motor Sports Club track in Irungattukottai is all set for a makeover. With a string of international championships keen to run their events at the motorsport capital of the country, the MMSC has decided to revamp the track to meet the standards required for the high-profile events. With New Delhi getting the country’s first Grade-1 track, it looks Chennai is not ready to lose its tag in a hurry. Amit Arora, the general manager of the MMSC operations, said the track would be redesigned to be upgraded from a Grade-4 to a Grade-2 certificate. “Our main goal is to organize the MotoGP, the pinnacle of two-wheeler racing, in Chennai. The promoters of MotoGP, Dorna, are already in talks with us. Once we get Grade-2, we can also host up to Formula 2 in four-wheelers,” said Arora.

Work has already begun with famous UK-based circuit designers Apex being roped in to sketch the master plan. Apex, which has been involved in numerous projects, is known for its work at Silverstone, the Singapore Street Circuit and the Dubai Autodrome. Arora said Apex is known for developing commercially viable motorsport and entertainment projects. “The plan is to create a multi-use venue for motorsport, alongside an entertainment area. It will have shopping malls, hotels and restaurants. The length of the main straight will be increased and corners will be worked to improve speed.”

“There will be new paddock buildings and garages. The construction will be completed in different phases and the project is expected to be over within three years. We have planned the renovation in such a way that it will not affect our regular operations,” Arora added. Irungattukottai track, which was inaugurated in 1990, has been a home for national championships.