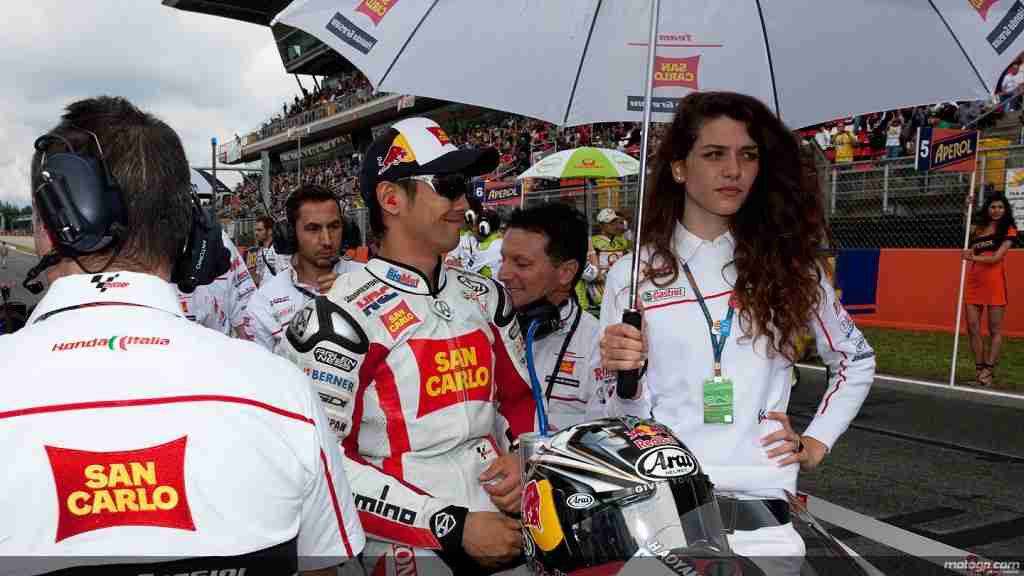 Honda has lined up Gresini rider Hiroshi Aoyama for a promotion to a factory seat for this weekend’s Dutch Grand Prix as Dani Pedrosa looks set to miss a third straight race.

Pedrosa has now confirmed that he should be back on the Honda for the Italian GP at the start of July, but is currently unsure whether he will be fit for Assen, which starts with practice on Thursday.

The Spaniard broke his collarbone in a collision with Aoyama’s Gresini Honda team-mate Marco Simoncelli at Le Mans, and sat out the Catalunya and British GPs as a result. He also had to have additional surgery on the problem last week.

“It’s been some days since the surgery and I feel much better,” said Pedrosa.

“I don’t feel the pain I had before the operation and the evolution has been very good. I’ve already begun the rehabilitation and I am very positive. Every day I notice an improvement and this is very good because I really wish to get back on the bike as soon as possible.

“To be honest it will be very difficult for me to make it to Assen, but I really believe I will be okay for Mugello, so now I’m focused on working to get better every day and see how far I get. I want to return as soon as possible, but I want to do the right thing.”

Factory test rider Kousuke Akiyoshi will stand in for Aoyama at Gresini. The current Japanese Superbike champion has contested six MotoGP races as a substitute rider with Suzuki or Honda, most recently replacing Aoyama at Interwetten Honda when the latter injured his back last year.