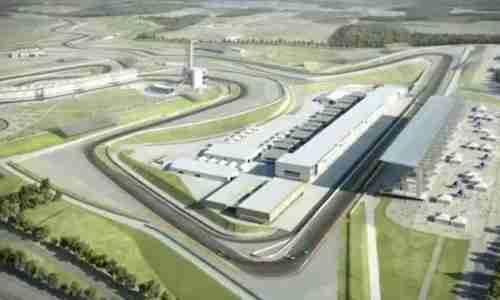 Dorna Sports, S.L., 3FourTexas MGP, LLC and Full Throttle Productions, LP are pleased to announce the historic signing of a ten-year contract bringing MotoGP to the new Circuit of the Americas facility in Austin, Texas, from 2013. This agreement includes the three categories of the World Championship; the MotoGP class – the pinnacle of motorcycling – Moto2 and Moto3.

Mr. Carmelo Ezpeleta, CEO of Dorna Sports, S.L. said: “We are delighted to be adding the Circuit of the Americas to the MotoGP calendar. It’s an honour to expand our Championship to Texas, which has a rich history of producing World Championship riders. We have had a wonderful and special relationship with Kevin (Schwantz) for 20 years and often talked about a mutual dream of increasing the popularity of MotoGP in the U.S. and raising our already successful worldwide profile.

Construction of the new facility is progressing well and is scheduled for completion sometime in mid 2012.