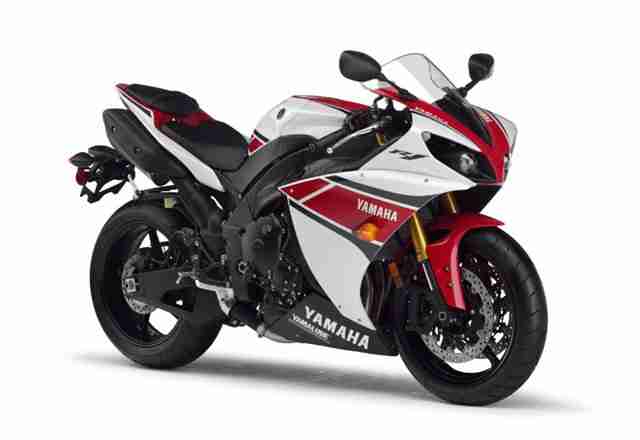 The 2012 Yamaha’s YZF-R1 has been updated with a 6 stage adjustable traction control and updates to the design. However internally it remains the same as from when it was updated in 2009. The liquid-cooled, 998cc inline four engine, a crossplane crankshaft with an uneven firing order remains.

Except for a top triple clamp, which has been restyled to resemble the top triple clamp of the YZR-M1 MotoGP, the chassis design remains the same. Further changes include a “sharper” front face with a narrower air intake opening, lowered fairing, restyled LED lamps and a new design for the muffler’s heat shields and end caps.