Triumph Motorcycles has launched its ultimate tourer, the all-new Rocket 3 GT in India at 18.40 lakh ex-showroom. 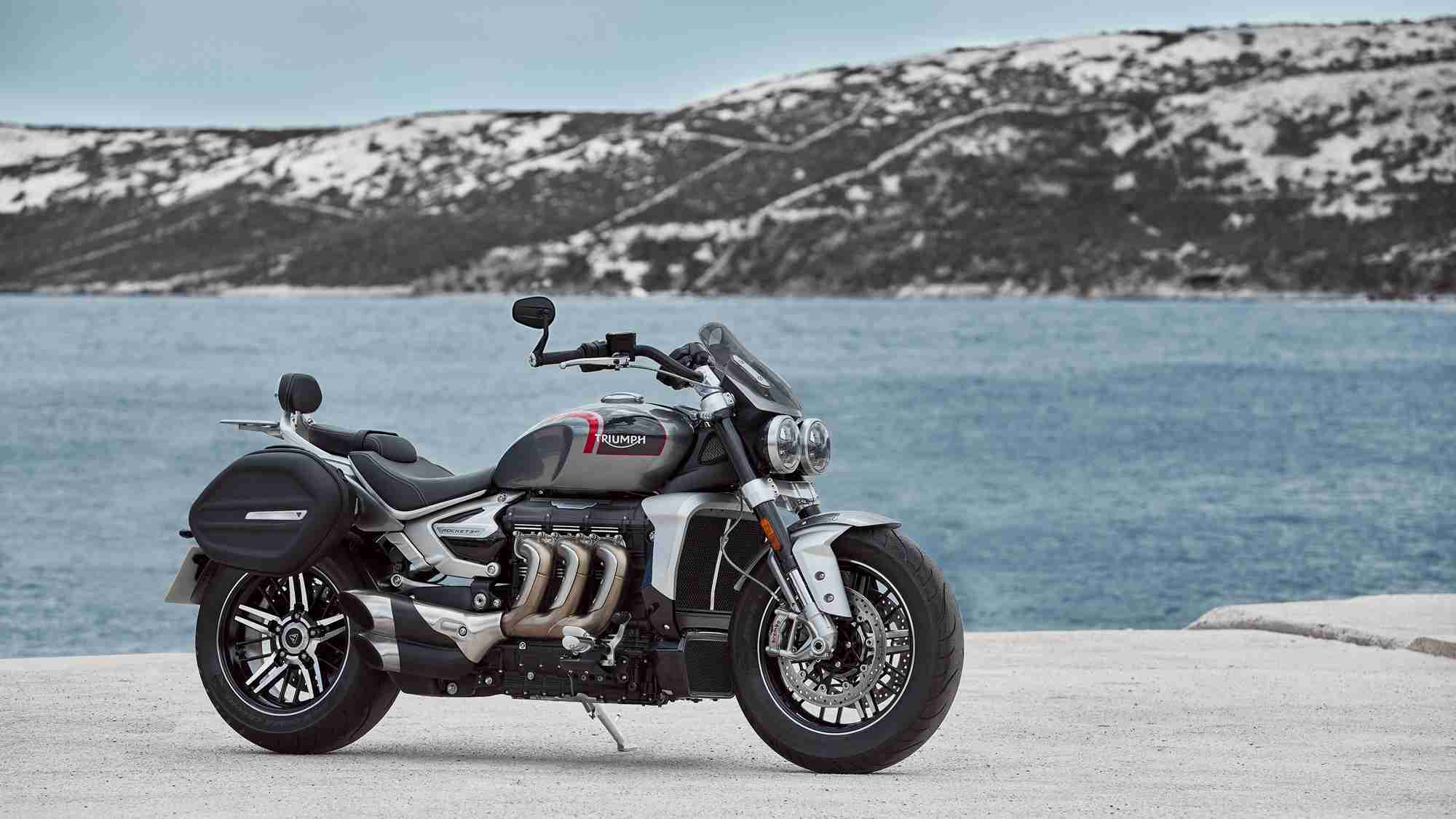 The Rocket 3 GT carries over the might and presence of its predecessor – the legendary Rocket III and heralds the genesis of a new motorcycling legend. The all-new Rocket 3 GT is built to deliver astonishing performance, effortless touring capability combined with laid-back riding ergonomics and sublime comfort.

Featuring the world’s biggest production engine, the Rocket 3 GT is the touring variant of the Rocket 3R launched earlier in December 2019. With the addition of the new variant, Triumph is the only premium manufacturer in Indian to have the largest BS-VI portfolio consisting of 13 motorcycles in its fleet. 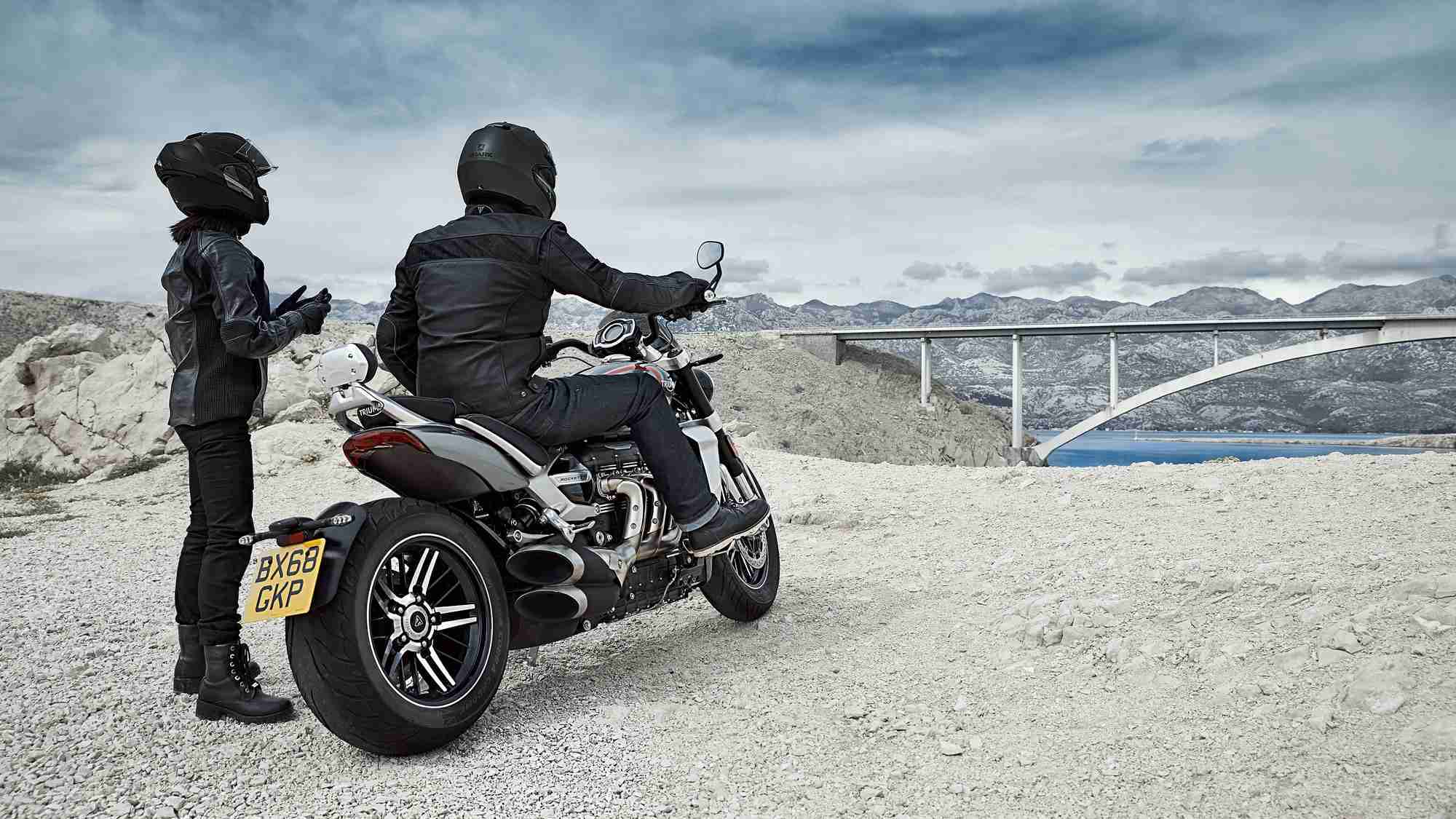 THE BIGGEST PRODUCTION MOTORCYCLE ENGINE IN THE WORLD

The new Rocket 3 GT is equipped with the all-new 2,500cc triple motor, which offers even higher capacity and performance than its predecessor – for amazing acceleration and all-day any-gear effortless riding.

The Rocket 3 engine also has the highest torque figure of any production motorcycle available to buy, with 221 Nm – an astounding 71% more than its closest competition. With an incredibly flat and rich torque curve, reaching a peak at 4,000 rpm, it holds maximum torque all the way through the mid-range, delivering effortless acceleration and response in any gear.

The distinctive hydro-formed three-header exhaust run is an iconic design detail on the Rocket 3 GT. This has been innovatively engineered for the perfect exhaust routing, flowing from the header into the combined cat box and onto the triple exit silencer, delivering a distinctive and unique deep growling triple Rocket soundtrack.

For exceptional levels of rider comfort and a commanding level of control over the Rocket 3 GT’s powerful performance, a new ’torque assist’ hydraulic clutch provides the rider with a light clutch action by reducing lever effort. Furthermore, the Rocket 3 GT’s all-new high-performance six-speed helical-cut gearbox is precision-engineered to be smoother, stronger and lighter than a standard gearbox, and is designed specifically to allow for the increased torque capacity of this new generation.

Just like all the latest range of Triumphs, the Rocket 3 GT engine delivers modern capability with ride-by-wire throttle, as well as a sensitively incorporated liquid cooling system for enhanced performance and an even more efficient ride.

With beautifully distinctive details, such as the new signature twin LED headlight, including Triumph maker’s mark triangle branding and the sculpted 3-header exhaust run, the new Rocket 3 line-up has an incredibly imposing poise and stance.

In addition, the all-new lightweight multi-spoke cast aluminium wheels enhance the muscular contemporary style, the Rocket 3 GT model goes one step further than the R with exposed machining on rim and spokes. The GT is also fitted with Avon Cobra Chrome tyres, developed especially for the new Rocket 3 range, with an imposing 240 mm rear wheel width. The new tyres have exquisite detailing and feature a new tread pattern developed for great grip and high mileage durability.

The all-new Rocket 3 GT include the highest-ever specification of premium brakes and suspension components, plus state-of-the-art ride-enhancing technology, all designed to deliver phenomenal handling, superior comfort and all-day touring capability.

Highest ever specification of chassis, suspension and brakes

With a weight saving of more than 40 kg, the new Rocket 3 GT is more than 13% lighter than the previous generation.

The Rocket 3 GT features an all-new high-specification mass-optimised aluminium frame with an innovative design that contributes to the new Rocket 3 GT’s overall weight saving and provides an incredible torque-to-weight ratio, over 25% higher than the closest competition.

Topping off the high-specification engineering innovation are the highest specification Brembo Stylema calipers which are fitted to the new Rocket 3 GT. In addition, this new design allows increased airflow around the brake pads which helps the calipers cool quicker for even better performance.

Taking the capability to the highest-ever level, the Rocket 3 GTs feature a class-leading standard of rider-focused technology, including:

The GT features Triumph’s latest generation full-colour TFT instruments, which is more sophisticated, more customisable and offers much more functionality than the instruments on the previous generation. The TFT unit is angle-adjustable for optimum visibility and has a stylish design and two information layout themes that can be personalised, allowing the rider to update the start-up screen message with their name.

The Optimised Cornering ABS is fitted as standard on Rocket 3 GT. This maintains the optimum braking performance, whatever the lean angle.

The Rocket 3 GT also features Optimised Cornering Traction Control as standard. This maintains the optimum level of traction control for the lean angle of the bike.

The Rocket 3 GT features Road, Rain, Sport and Rider-configurable riding modes which adjust the throttle response and traction control settings to suit rider preference and riding conditions. The riding modes are easily changed on the move via the intuitive illuminated switch cubes.

Both models features hill hold control as standard. This feature prevents the bike rolling backwards for enhanced rider confidence and maximum control, even with a pillion and when fully loaded. The system applies the rear brake until sensing that the rider is starting to move off, and is activated using the front brake lever. The feature is switchable via the bike set-up menu.

Electronic cruise control is fitted as standard to the Rocket 3 GT. This feature reduces rider fatigue over long journeys and can be easily accessed while riding for maximum convenience and safety.

Triumph’s keyless ignition system is fitted as standard on the GT. The system recognizes the proximity of the keyless fob and then enables ignition via the switch cube mounted start button. There is also the ability to disable the key’s wireless transmission function at the touch of a button for even greater security.

Heated grips are also fitted as standard to the Rocket 3 GT. These are neatly integrated with a button on the left hand grip providing greater rider comfort, with two modes.