Hero Electric, today flagged off the 4th edition of One Race SuperSikh Run from the Indira Gandhi stadium. The race saw over 7,000 participants promoting humanitarian values, concept of ‘SEWA’ while also supporting the adoption of electric mobility to combat air pollution in the city.

To lend support and raise enthusiasm of the runners, the marathon was joined and led by the face of the event and Chief inspiration officer, Major DP Singh, Kargil war survivor and India’s first amputee marathoner and Limca Record holder. The marathon was flagged off by Mr. Naveen Munjal, MD, Hero Electric.

Speaking on the occasion, Mr. Naveen Munjal, MD, Hero Electric said, “ONE RACE SuperSikh Run’s 4th edition has been a huge success. It was such a delight to see so many runners rule the streets of Delhi with just one objective – run. This event has always been very important to us and I am glad we are raising the standard of the race every year and able to attract more specially-abled runners. This race has always acted as a catalyst in bringing societies and people from all walks of life together and encourage people by demonstrating that nothing is impossible.”

This year’s race had 5km, 10km and half-marathon formats along with the participation of differently abled runners under MEDIVA #SAHAS – under the guidance of Major D P Singh that witnessed runners with prosthetic leg/ blade/ crutches, on wheelchairs and also visually impaired athletes.

Super Sikh Run is the most prestigious cause led Half Marathon race in New Delhi and has been achieved due to the support and guidance that the event receives from the administration, patrons and participants alike. Centered around the philosophy “ONE RACE HUMAN RACE”, the marathon does not discriminate participants based on caste, creed, religion, sex, race and the challenges thrown by life. The race has only one aim – to give humans a platform where they can be one.

This year, Hero Electric and Super Sikh introduced the Sub3010KM project under which both male and female runners competed to cover 10 kms under 30 and 35 minutes respectively. The runners who completed the race under the time-limit were each awarded a Hero Electric Optima worth over Rs.65000/-

As part of Hero Electric’s #CodeGreen initiative, OneRace Super Sikh Run 2019 saw runners wear jerseys with the message ‘Beat Air Pollution’ and ‘Let’s breathe better, let’s go electric’ to protest the rising air pollution and adopt electric mobility. The brand will continue to introduce a myriad of initiatives under the #CodeGreen umbrella in the next couple of months. 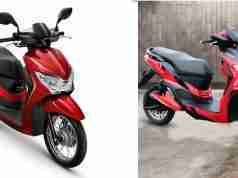 Piyush Prasad is the new Business Head for Hero Electric 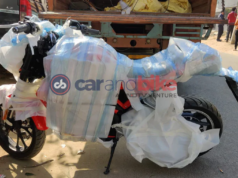 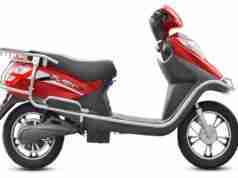